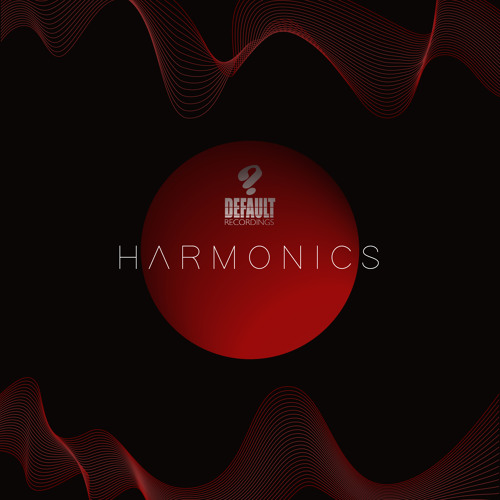 Default Recordings return later this month with a new VA LP featuring a diverse selection of new tracks from the label’s roster, and we’re hyped to have the exclusive on Coolhand Flex & Effekttz collab Project X! Bringing an old school sampling aesthetic and hints of jungle to the techstep template, this is a big bad dark roller done propa! Look out for the LP dropping May 28th at all the usual digital stores.

END_OF_DOCUMENT_TOKEN_TO_BE_REPLACED

Following on from our catchup with QST we caught up with the Default Recordings crew to hear about their plans for the label.

DNB Dojo: Biggups on your first release! What made you want to start a label, especially given how many small D&B imprints already exist out there?

Default Recordings: Default Recordings first came about back in 2003 whilst Flapjack was experimenting making tunes with Coolhand Flex and vocalist Cat Knight in his home studio and getting advice from them on music production. In the early days they made many tunes together but never actually got round to releasing them. Flapjack already had vinyl releases back in 1997 on Dj Rap’s label Proper Talent (Dj Rap & Flapjack Rumble Remix) and sub-label Unique Muzique (Gulfbreeze/Lucid Dreams) and Desire’s label S.U.S. Recordings (Final Solution/Reverb) and thought the next step is to have his own label and continue to hone his producing skills.

Flapjack set up Default Recordings to have an avenue to release our music without having to conform to the restraints of other labels and also having more control over what we released and when. For a while Default Recordings was on hold as Flapjack had a full time job and not much time on his hands but always had the intention to re-launch the label at some point in the future. Flapjack recently met up with Piercey and found out he produced tracks, he then got introduced to IDC and he saw a lot of potential in them both. With this in mind and the other artists he had on the label previously (Coolhand Flex, QST & Cat Knight) he decided to re-launch the label with Piercey & IDC lending a hand.

Having two others on board has helped a lot financially and in spreading the workload. Over the past couple of months we have all worked hard in getting the label up & running again. Having a few of you with the same goal works really well as you can bounce ideas off each other to do with the label and also when it comes to producing music.

DD: I understand the Default crew hails from Milton Keynes, what’s the scene like there?

DR: The scene in MK has always been a bit quiet in terms of D&B, maybe with it being so close to London, people tend to look to the music and clubs down there instead. Not many nights are put on here and when they are, there isn’t much of a turn-out unless you get hold of some big names to get people out. Years ago, there used to be a big presence in the city with the likes of the Sanctuary and various other large clubs which unfortunately are no longer, they are all shutdown to make way for too many of these cheesy bars/pubs which don’t really cater for D&B and more towards house and RnB.

The only real place at the moment for DnB nights is the SnoBar which put on regular DnB nights with the likes of Steppers and Jungle Massacre. These are run by the boys behind Filthy Business and Delicate Beats, a couple of other labels which have been born in MK. When the label gets more established we will look to getting a regular Default night up and running in the area as it need something new and fresh for the people of MK who are into the scene. They just need to come out and represent the music!

DD: What are the plans for the label? Any upcoming releases you can tell us about?

DR: The main focus for Default recordings is to not stick with one DnB sound. Default wants to reflect the whole 360 degree spectrum of DnB and hopefully you will see that coming through with our future releases. We don’t want to be pigeon holed into having one style. All our artists presently on board have their own individual style, so with each release you can expect something different from the last.

The plan for the label is to keep releasing tunes on the regular. Hopefully people will like our stuff and the label will grow and mature over time. We are always looking for new and interesting artists to get on board, so if you have any demos please get in touch with us via our Soundcloud page. We listen to all demos and will give feedback..

Our release schedule over the next few months looks a bit like this: DEF002 will be from the legendary Coolhand Flex with Master and Soundboy. These 2 tracks are very different from our first release. If you know Flex from back in the day, this is his sound all over, truly a couple of dance floor smashers! This should be released early July. DEF003 will see the debut release from IDC. From there, we have releases coming from Piercey and also DSP. We will also be looking to have a label launch party sometime in June/July. The venue and date are still to be confirmed. Details will be available on our website. All the Default artists will be appearing alongside a very special guest….so keep an eye out for that.

DD: Any plans to release tunes on vinyl, or is the label sticking to digital only for now?

DR: For now, we are looking to keep the releases available through download stores only. Hopefully if the demand is there in the future then sure, we would love to release our tracks on vinyl. At the end of the day, all our artists come from vinyl backgrounds and that would be our ultimate goal. Nothing beats vinyl, but you have to move with the times…

DD: If you could sign a tune from any artist, who would it be?

DR: There are too many to mention. I simply couldn’t list them all. Someone like Calibre would be amazing. The guy is a genius.

And for those who need something more than words, here’s a mix from Default-er IDC which shows off the label’s vision with a tidy mix of smooth liquid. Check it out and grab yourself a free download!