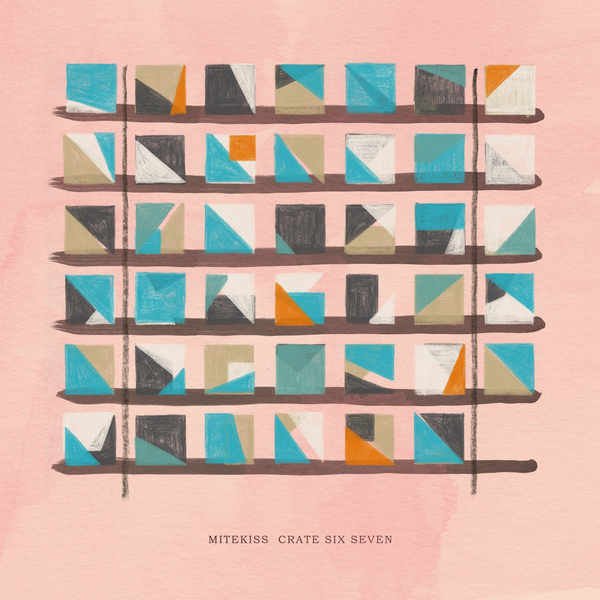 The sad news last year of the passing of Rob Dickeson, aka Apex, was met with universal heartbreak across the D&B scene. An incredibly gifted musician responsible for a number of iconic tracks, first in collaboration with Jim Gash as Unknown Error and later under his solo Apex moniker, Rob left our world long before he should have.

The tracks on the single fittingly span almost the entire length of Rob’s discography – A side Echoes is a completely new, previously unheard track featuring characteristically sublime melody as piano, strings and synthetic chimes interact in a playful, serene dance set to a crispy liquid backbone of breaks and bass.

On the flip, vintage Unknown Error track The Yearning gets a Super VIP mix, embellished even further than the already lavish VIP released by Horizons Music in 2008; weighing in at over 9 minutes, and featuring an absolutely breathtaking pre-drop breakdown, this is emotional D&B at it’s best.

Sadly no Soundcloud / Youtube clips are available but you can hear a preview of Echoes either at the Hospital Store or at the beginning of the latest Dojo Podcast. Hit up the store to grab the single now on vinyl or digital; rest in peace Rob, you’ll be missed. 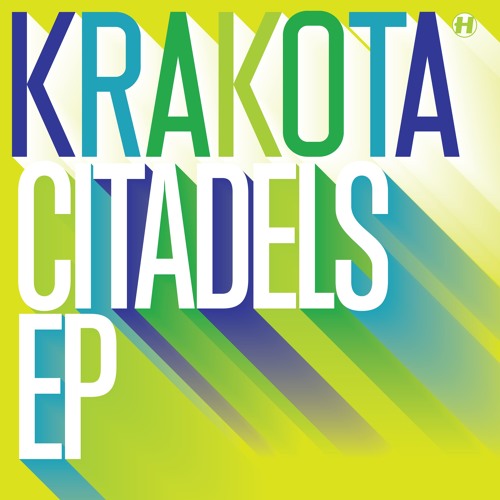 This week’s Dojo Damager comes courtesy of Hospital Records and Krakota. Krakota’s Citadels EP features four varied new tracks, the gnarliest (and arguably best) of which is the raved up smasher that is Crash Pads.

From the wonky old school chords of the intro to the hard snares and snarling bass distortions, this track is 110% hype from start to finish and a certified dancefloor weapon! Serious business; check out the clip below and hit up the Hospital Store to grab a copy on vinyl or digital right now. 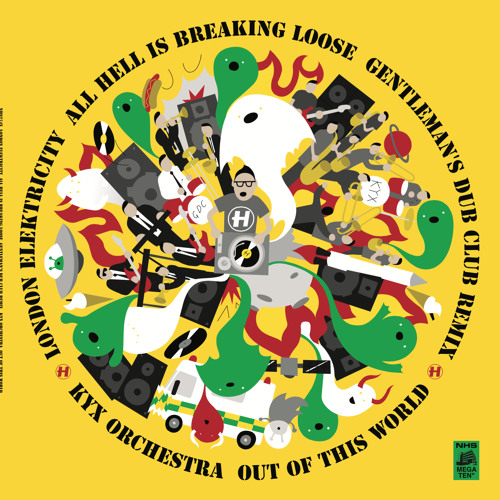 The latest release from Hospital definitely breaks the mould, featuring remixes and cover versions of London Elektricity in some unusual styles. All Hell Is Breaking Loose gets a fantastic dub reggae remix from Gentleman’s Dub Club, KYX Orchestra provide a swing & bass cover of Out Of This World and the Riot Jazz Brass Band provide an appropriately brassy cover of Just One Second.

Hearing these songs lovingly retooled with such different instrumentation is absolutely fantastic, and it’s great to see Hospital putting out a release for the love of the music with no eyes on the club/DJ market. Check out the clips below and hit up the Hospital Store to grab the tracks on 10″ vinyl or digital. 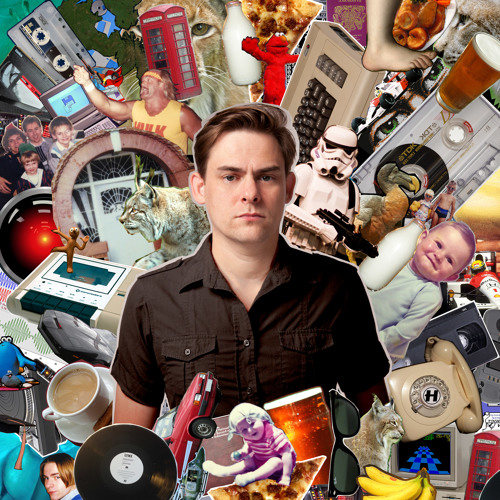 I’m gonna be totally honest here; I wasn’t expecting much from this LP. Lynx’s previous productions have been incredibly hit and miss for me, and his recent EP for Hospital struck me as pretty average. Nonetheless, I always try and keep an open mind when listening to new promo in the inbox, and I Am Lynx proved to be a very pleasant surprise.

The first thing that struck me about this album as I listened through was the diversity of the productions on show. From the punchy dancefloor tech of Clap Track to the womped-up hip-hop swagger of Drop That, through the staccato rhythms and rap of Lights Out (which is absolutely boss, by the way) and the blissful rolling liquid of Chord Time, this is a record of many delights and little laurel-resting.

While it’s not all gold (I found the Zinc-esque jump-up of Satisfaction pretty tedious) the LP definitely has way more hits than misses, and it’s good to see a producer stretching themselves. Doubtless Lynx could easily have knocked out a dozen soft liquid rollers and called it a day; bravo for pushing the boat out a bit further.

As usual with Hospital releases you can find this on CD, vinyl and digital at the Hospital Store; check out the clips below and grab yourself a solid 12 track selection right now.

If you want a wee bit more of the Lynx flavours you can also check out his 60 minute mix for Mistajam below. Nice! 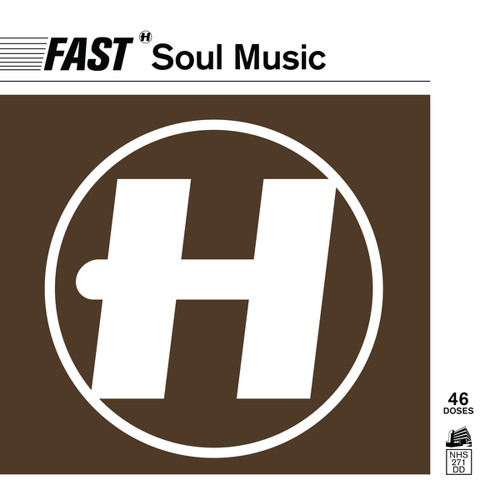 Whether you’re a new convert to the realms of Drum & Bass or an old hand with a massive record collection, some of the label back catalogues can be a touch on the intimidating side, and none more so than Hospital Records. The label is on course to hit 300 releases in the near future, and the rich 18 year history leaves quite an archive for anyone to dig through.

How convenient then that Tony Colman & his compadres have cherry picked the best for a new compilation! Fast Soul Music provides a whopping 46 tracks, picking out the best of the label’s output old and new and bundling it together for a bargain price, including two 60 minute mixes from Hospital stalwart Nu:Tone.

Needless to say it would be pretty difficult to cover every track in the selection, but there are some absolute classics on show here; the likes of Netsky’s Memory Lane, High Contrast’s Kiss Kiss Bang Bang, Tokyo Prose’s Songbird and London Elektricity’s Had A Little Fight stand out from a packed tracklist featuring top notch melodic cuts from the whole Hospital family.

Whether you’re new to the liquid sound or just want a tidy mix for the car, it’s difficult to argue with the wealth of quality tunes here. Head over to the Hospital Store to pre-order the compilation now ahead of it’s release on Monday. Meantime you can get a flavour of things from Makoto’s promotional mix below. 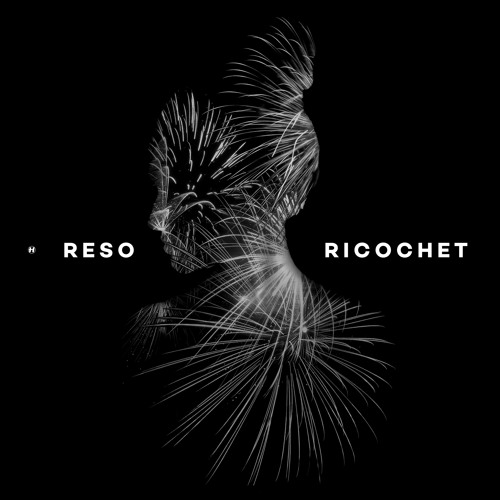 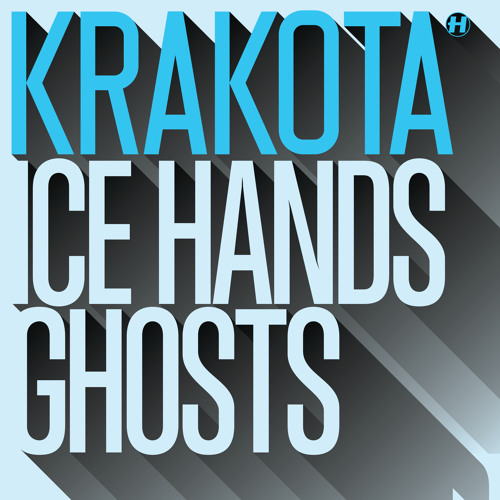 Hospital’s latest single sees Krakota stepping up to the plate with a pair of eminently dancefloor-worthy beats for Tony Colman’s well respected label. Ice Hands sees the relatively young producer tapping into the teched-up, hardstep sound that the likes of Evol Intent made famous on labels like Renegade Hardware circa-2005 – no messing around on this one!

Over on the flip Ghosts relaxes the tone for a subby jungle-tinged roller which brings to mind Bladerunner & Serum’s classic Who Jah Bless. Tidy selections! Check out the clips below and grab this one from the Hospital store right now! 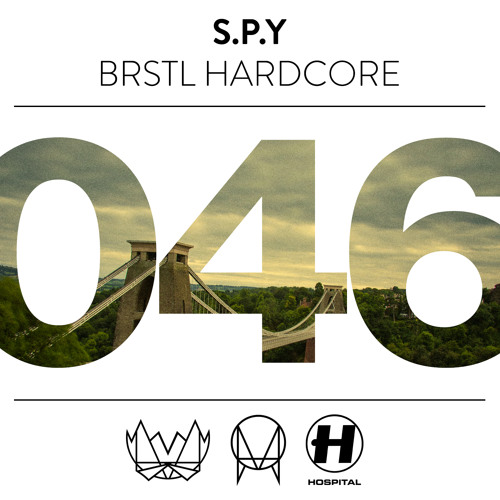 Hot on the heels of his well received Back To Basics double LP and a cracking essential mix for Radio 1, S.P.Y returns with a fresh new EP released collaboratively between Hospital Records and Skrillex’s NEST imprint. BRSTL Hardcore sees Carlos going in on four fresh new tracks with a techy edge that are more than primed for the dancefloor. Fans of the producer’s output will know what to expect; no surprises, but plenty to enjoy. Best of all it’s totally free – check out the clips below and grab yourself a free download via Soundcloud. 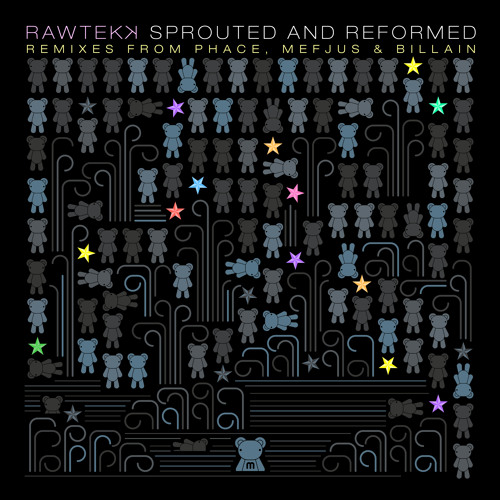