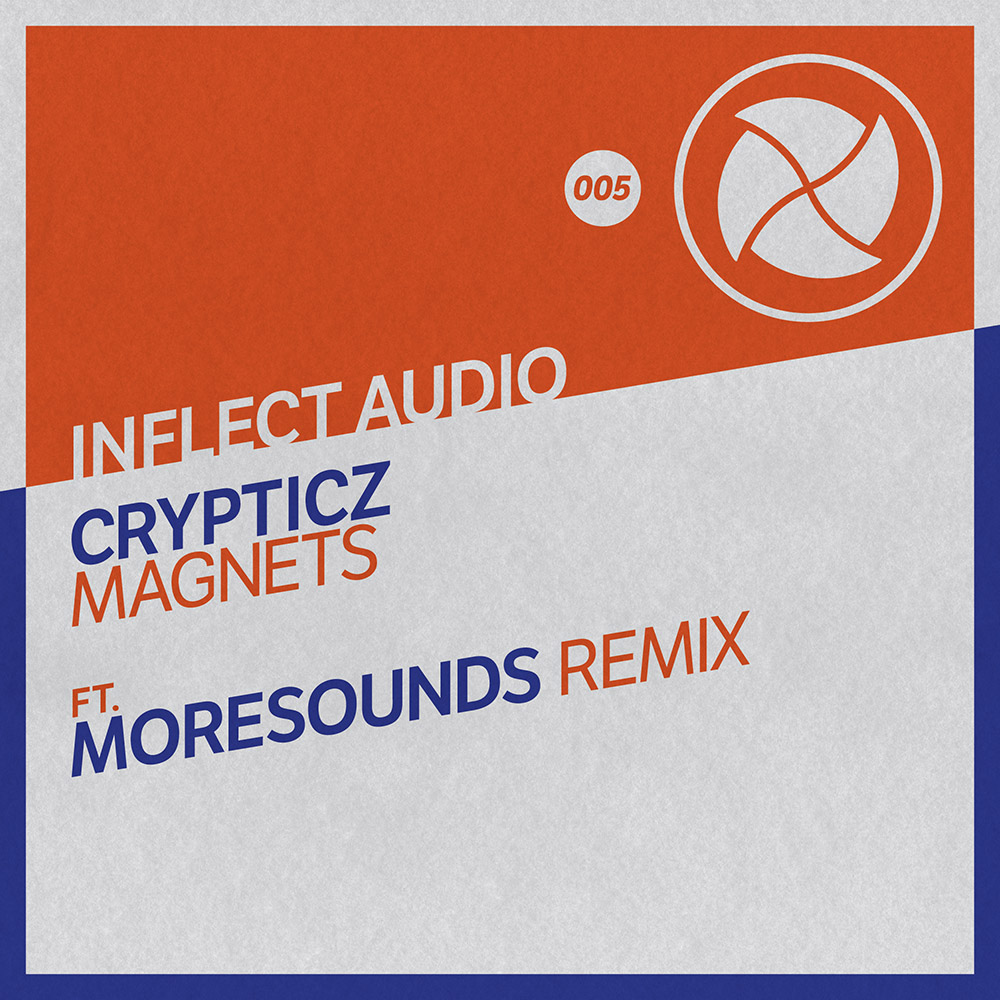 Bristol label Inflect serve up their latest slice of future beats from young upstart producer Crypticz. Whipping together Grime, Halfstep D&B and Footwork into a tasty bass-laced cake, the beats on show here should definitely float your boat if you’ve been enjoying the vibes that the likes of Fracture, Stray and Sam Binga have been kicking out recently.

Magnets leads the charge with skittering percussion and some big bad synth lead action, while Transmission goes in deep enough to need a submarine, opting for dubbed out ambience in spades. Finally French producer and Astrophonica / 31 Records affiliate Moresounds chops up Magnets for a less stomping and more intricate riddim; one for the heads!

Check out the clips below and look for this from May 1st at all good digital stores. 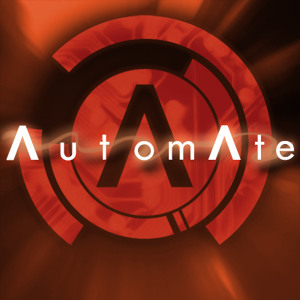 Label boss Deficit brings us another fine pair of tracks for AutomAte’s Deep arm, including his first solo outing for the label. The Watchmen sees him teaming up with Peak on a brooding, snarling composition that does it’s best to defy genre boundaries. Beats fall from all around in rapid syncopations but eschew the familiar D&B patterns in favour of wandering, tribal rhythms, while the bass growls away in the background and a bleeping melody dances over the top. The whole track has a superbly dystopian vibe to it, epitomized by the quote lifted from the Watchmen movie in the bridge.

Over on the flip, Eternum sees Deficit going it alone on another dark, eerie composition, blending a half-time rhythm with robotic bass and creepy sci fi FX sweeps. Once again there’s tons of detail in the mix with all manner of weird percussion making an appearance over the backbone of kicks and snares. Once again we’re treated to a cinematic quote in the breakdown, this time from Sherlock Homes. Clearly Deficit is a man who knows his movies as well as his music.

If you appreciate the weirder end of the 170BPM spectrum and the defter end of sound design you should definitely give these a listen; check out the clips below and watch out for the release dropping from October 13th. 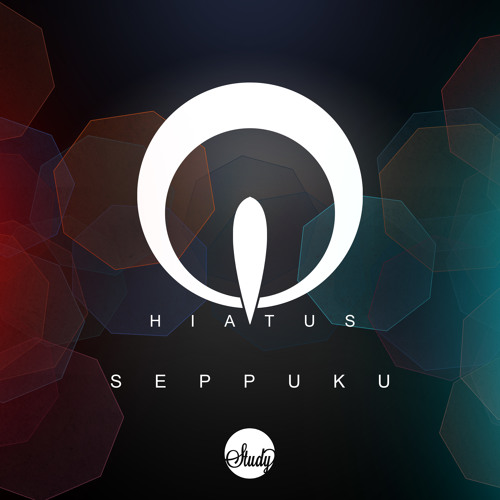 Hot on the heels of his debut LP for Free Love Digi, Quentin Hiatus treats us to more deep rhythms on sister label fld.Study. Seppuku on the A side pushes all the right “dark roller” buttons with nice atmospherics laid on top of a solid bassline and a crisp break.

Over on the flip Save Me takes things leftfield with a glitched up snares and rapid panning giving the song tons of character. Check out the clips below and watch out for this one dropping from May 26th at all good digital outlets. 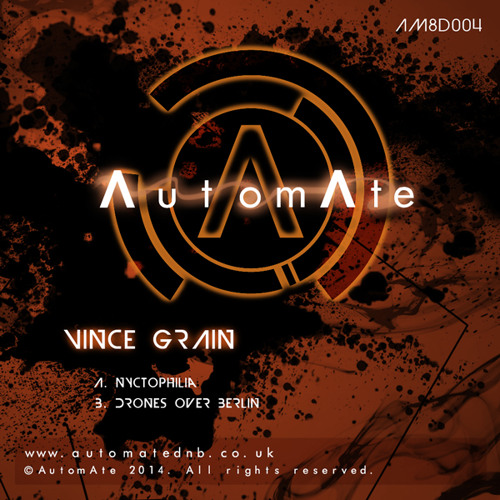 Vince Grain returns to AutomAte for the latest release on their deep imprint with a couple of dark, weighty beats. Nyctophilia (that’s an abnormal preference for night over day, for the uninitiated) combines deep sub pressure and a plodding half-time beat with beautiful melodic flourishes sampled from a Japanese Koto.

Drones Over Berlin meanwhile opens up with dark, atmospheric synth work and before dropping into a grinding bassline and another plodding half-time riddim; after a few bars this gives way to a full tempo break filled in with an assortment of distorted amens and deft percussive touches. The beauty of the A side is entirely eschewed here in favour of relentless gloom, and it works a treat!

Check out the clips below and watch out for this one dropping from June 2nd at all good digital outlets. 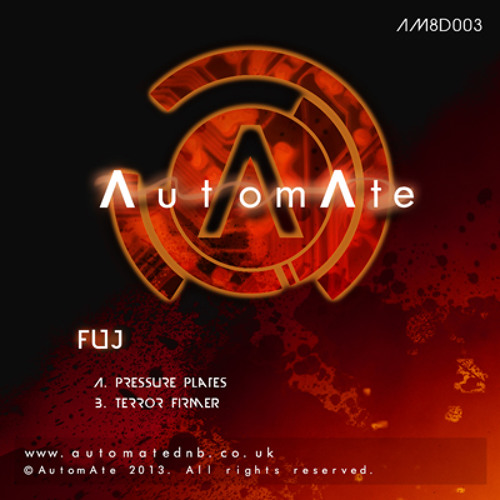 After an exceptional 2013 Automate continue their push on the varied fronts of D&B with the third release on their Deep imprint from Australian producer Fuj. Pressure Plates proves as menacing as it is musical, with hints of dub layered into a mix of tribal halftime drum rhythms and growling bass. This may not be a full-tempo roller but it packs a mighty punch!

Over on the flip Terror Firmer dials things back a touch while amplifying the levels of tensions and gloom; ominous synths and deep sub bass pervade the mix with occasional swipes of distorted midrange reaching out of the tune to knock you off balance. The second half of the tune brings things full roll quite nicely, providing DJs with a useful weapon for switching between halftime and full frontal beats.

Fuj is definitely one to watch for 2014! Check out the beats below and watch out for this one dropping at all good digital outlets from Jan 20th.

The recent release of a Kid Drama remix on the flip of a Jon Convex release gave me hope that the ex-Instra:mental collaborator might be returning to Autonomic sound that revolutionized 170BPM music several years ago and then vanished as Convex and cohort Bodika went on to pursue solo careers in the realms of House and Techno.

Low and behold a few days ago a tidy new mix appeared online featuring tracks from dBridge, Kid Drama and a new collaboration between the two named Heart Drive. The spirit of Autonomic is audible throughout the mix, and it’s fantastic to hear it once more. Check out the mix below and expect big things from this collaboration. 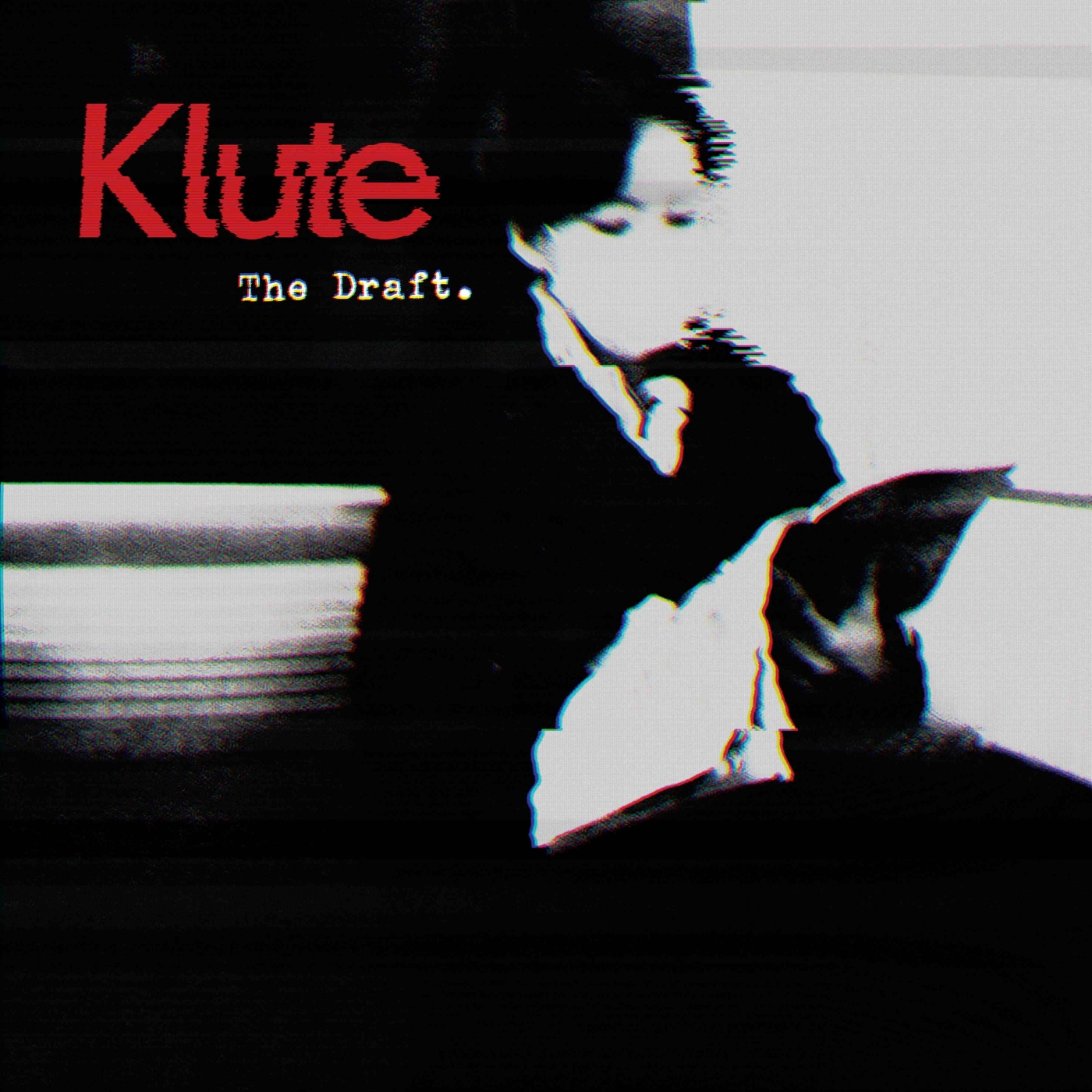 Klute explores his deeper side on his sampler for forthcoming album The Draft. Turnaround heads straight for deep liquid territory, characterised by tight, syncopated beats and epic, atmospheric synth work, with a warm sub line taking a back seat to the rest of the composition. Superficial Lover also delivers a tight slice of full-roll D&B, soft vocal snippets echoing over the melody as insistent breaks drive the tune.

Where the sampler really excels though are on the tracks where the traditional D&B structure is completely eschewed. Klute teams up with Naomi Pryor on the weird, psychedelic Give It All; eastern sounding samples and a bassline that could well have been made with a didgeridoo combine with trance-inducingly rhythmic percussion and some fantastic vocal work from Pryor. Perhaps the best track of all though is the lush, downtempo ambience of Birdland, taking natural percussion and sweeping synths to an entirely chilled out sonic height.

Check out the clips below and watch out for the sampler dropping September 30th, with the full LP following on October 14th.