The wait is over; amid a frenzy of hype, Spor’s debut LP (and return to the scene) was leaked last week. The man himself was prepared, bringing the official release via BitTorrent forward from the original March date to drop just a few hours after the leak.

So hype and drama surrounding the release aside, is it actually any good? Speaking as a long-time fan of the producer, I have to say that it is; while some of the grit of early productions like Dreadnought and Three Faces is lost in the ultra-precise engineering, there’s still plenty to enjoy here. Much of the album is taken up with neurofunk heavy hitters; Always Right Never Left, Blueroom, Full Colour and The Hole Where Your House Was will all be doing the damage on the dancefloor, and the build-ups and breakdowns still manage to get plenty of musicality into the compositions.

Elsewhere Spor explores a variety of styles; the hyper-neuro-pop of If You Cry, the epic vibes of Tasha Baxter voiced As I Need You and some lower tempo outings on Like Clockwork and Our Space. For me the album’s only real “miss” is the tedious rock crossover Empire, but fans of Hadouken might disagree here.

You can stream the whole album via Soundcloud below, and it’s available on a free/pay what you like basis via BitTorrent. We also learnt via Spor’s recent Reddit AMA that the album will be getting a vinyl release via Spor’s own Sotto Voce imprint, so watch out for that dropping sometime soon. If you’re craving more Spor check out his recent mix for Friction’s show on Radio 1, and look out for his UK tour hitting your town starting with Nottingham tonight! 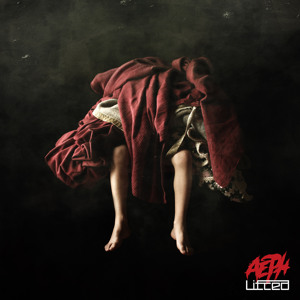 Italian future-funk don Aeph returns to Chris Renegade’s Lifted Music imprint with a cracking double-A side featuring more of his high energy neurofunk beats. Fall For You opens things up with a full-on hands in the air intro featuring the vocal talents of Tasha Baxter before dropping into a big gnarly bass workout that never stops shifting. This one has main-room written all over it, and it’s a bit on the cheesy side, but the engineering is undeniable, and sometime s a big cheesy banger is just irresistible.

Flipside Seadrome treads similar ground but dials the cheese-factor back a little in favour of a heavier hitting combo of big breaks and squelchy bass morphs, with an insistent chord progression adding to the energy. Dirty vibes! Check out the clips below and grab this one from your favourite digital store from October 27th.