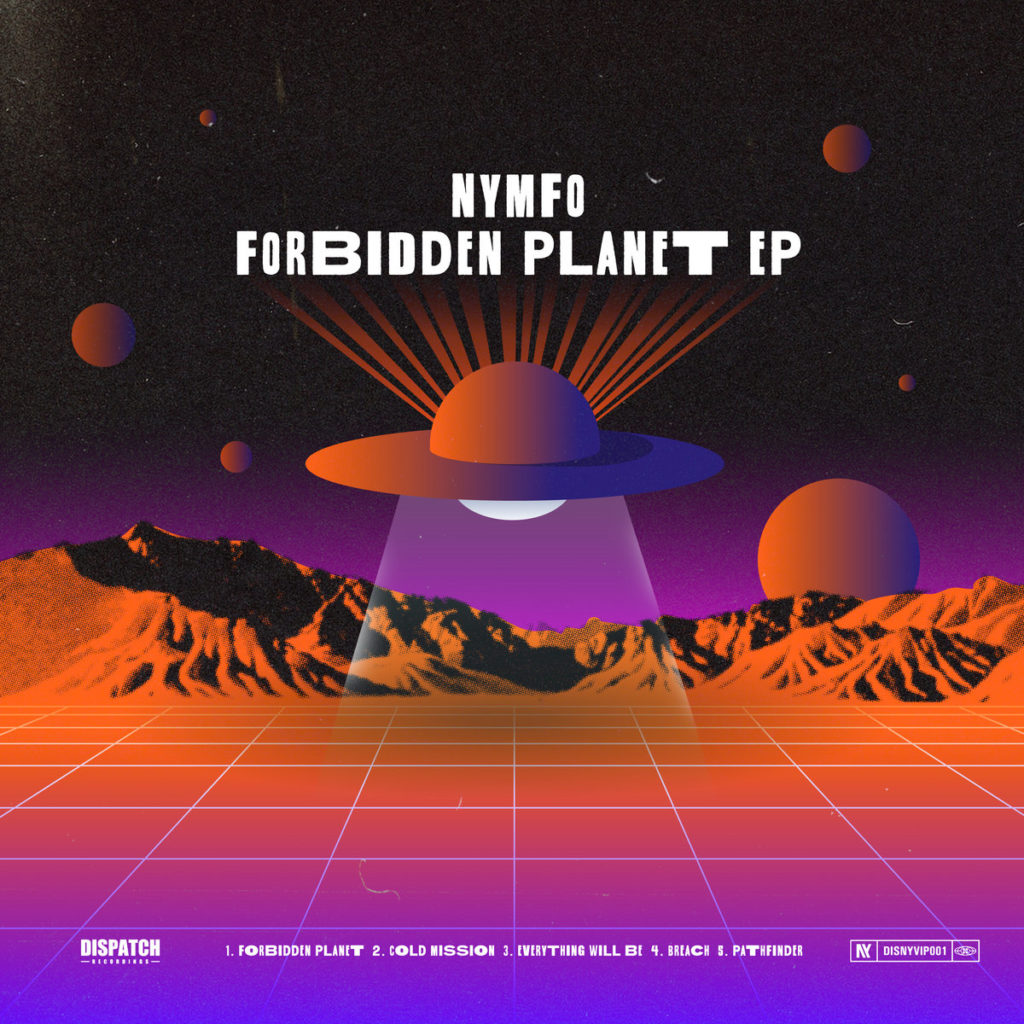 For those unfamiliar with his work, Nymfo cut his teeth on pretty much every important label under the sun: 31 Records, Innerground, Commercial Suicide, Renegade Hardware and Metalheadz to name only a few – no one can argue with that pedigree. With a long back catalogue of bangers spanning over of decade, the initiated shouldn’t need an introduction, but his latest EP on Dispatch is worthy of one.

Nymfo’s sound largely lurks at deeper end of the spectrum, yet there’s still plenty of variety on offer with this EP. There are stepping tunes like title track Forbidden Planet and Everything Will Be; tracks that roll – albeit unconventionally – like Breach; down right weird ones like Cold Mission; and some signature Nymfo qualities in tracks like Pathfinder with longstanding Dispatch general Hijack MC.

Throughout there is a definite nod to the techstep era of the late 90s and early 00s. The EP feels raw in a way that minimal, techy numbers of the last 5-10 years have often lacked. Perhaps this record will be one of several marker points in the months and years from now that show the pendulum swinging away from technology-focused beatmaking, and back towards focusing on the overall vibe. That focus on vibe helped carve out the techstep style in the earlier eras of drum and bass, and it’s EPs like this that help cement the style’s status amongst the D&B pantheon of sounds.

The Forbidden Planet EP is out now at the Dispatch Store – all other stores follow Oct 16th.