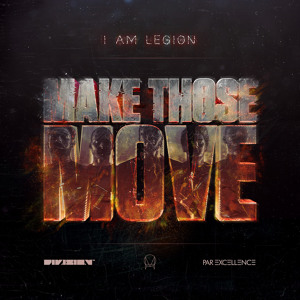 Noisia & Foreign Beggars have taken their increasingly frequent collaborations to a new level with their new project I Am Legion. Fusing Noisia’s talent for epic basslines with a lower tempo and the Beggars’ distinctive vocal stylings, the debut single Make Those Move packs quite a punch. Ahead of shows in September and the full album dropping later this year on Division, the boys have released the first single as a free download. Check it out below and head to the I Am Legion website for your freebie!