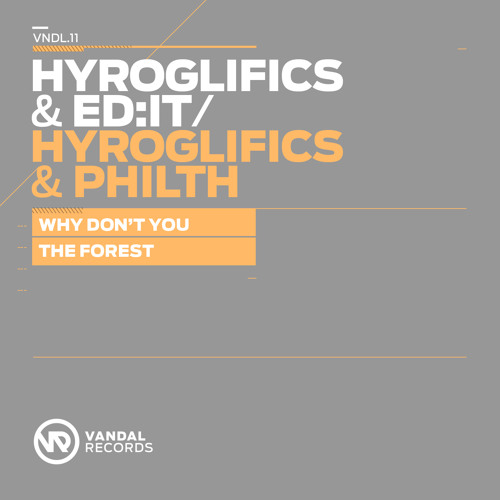 Vandal Records have lined up quite a release schedule for 2014 with their latest selection of dark tech following hot on the heels of some big releases from Nickbee and Primal Therapy. This time it’s Hyroglifics at the controls who comes in with a pair of tasty collaborative tracks.

Ed:it collab Why Don’t You hits down with a heavy break and modulated bass, plus a nicely chosen vocal hook which brings to mind Break’s classic Slow Down. Over on the flip Philth gets in on the act, building atmosphere on the intro with eery synth work before a crisp drop and a big hulking bassline shuffle the tune along. Grimey! Check out the beats below and watch out for the release dropping from April 20th.