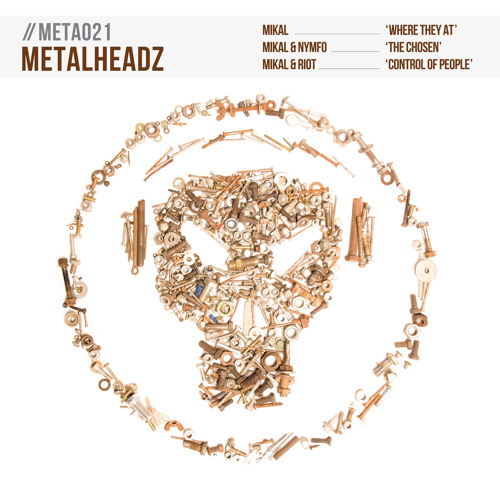 Mikal’s latest EP for the mighty Metalheadz sees the producer taking a slightly different direction compared to some of the more straightforward techstep we’ve heard from him in the past. Where They At explores tight, percussive minimalism over deep, throbbing sub, while Nymfo collab The Chosen swaps the ever shifting beats for a steadier groove which once again holds back from the aggressive stance both producers are sometimes known for.

Last but not least, Control of the People sees Mikal teaming up with RIOT (the DJ from Portugese Kuduro/Breaks outfit Buraka Som Sistema) for an odd but very enjoyable fusion of tech D&B and the samba-esque sound Buraka have been plying for some years. Swung beats and a hint of funk sit well with growling basslines and tight snares, and the whole composition sounds very fresh. Check out the clips below and hit up the ‘headz store to preorder the EP now ahead of it’s Jan 19th release.