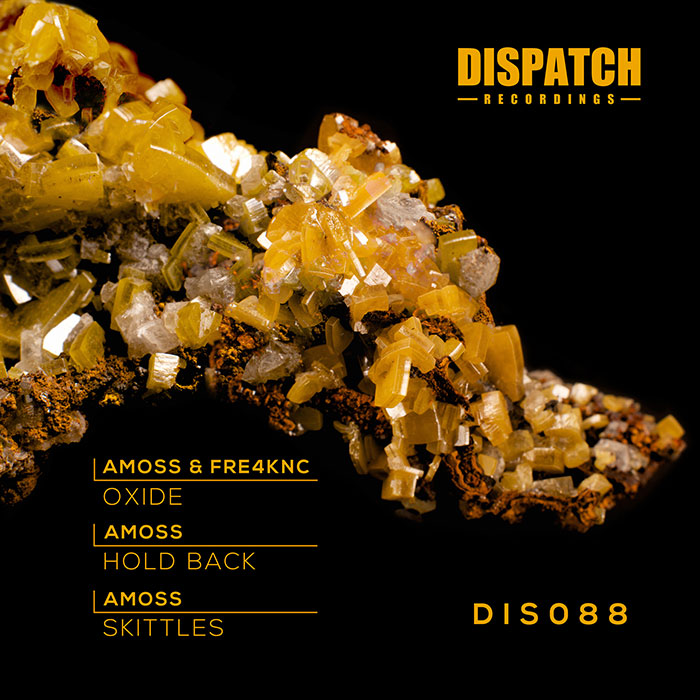 It has been too long by half since the last Amoss release; with the exception of some appearances on the Horizons Ten LP it’s been nearly a year since their last output, and longer still since their last release for Dispatch back in 2012. Naturally news of fresh material was, ahem, music to our ears (bad-um-psh) and their latest work sees them at the top of their game.

Lead track Oxide comes with added Fre4knc, a match up that makes perfect sense given both parties tendencies in the direction of dark, militant sounding techstep. Growling bass detail and heavy kicks and snares laid over a backdrop of creepy FX and atmospherics make for a tidy little outing.

Hold Back proves to be all about the drums, with tense, insistent cymbal rolls shuffling between an angular rhythm. Last up, Skittles sounds like a homage to the classic late 90s techstep of Photek, stripping back the bass to dark punchy stabs  over a rolling break.

As usual it’s difficult to argue with Amoss and Dispatch! Check out the clips below and hit up the Dispatch store to pre-order this one on vinyl or digital ahead of the Mar 30th release.