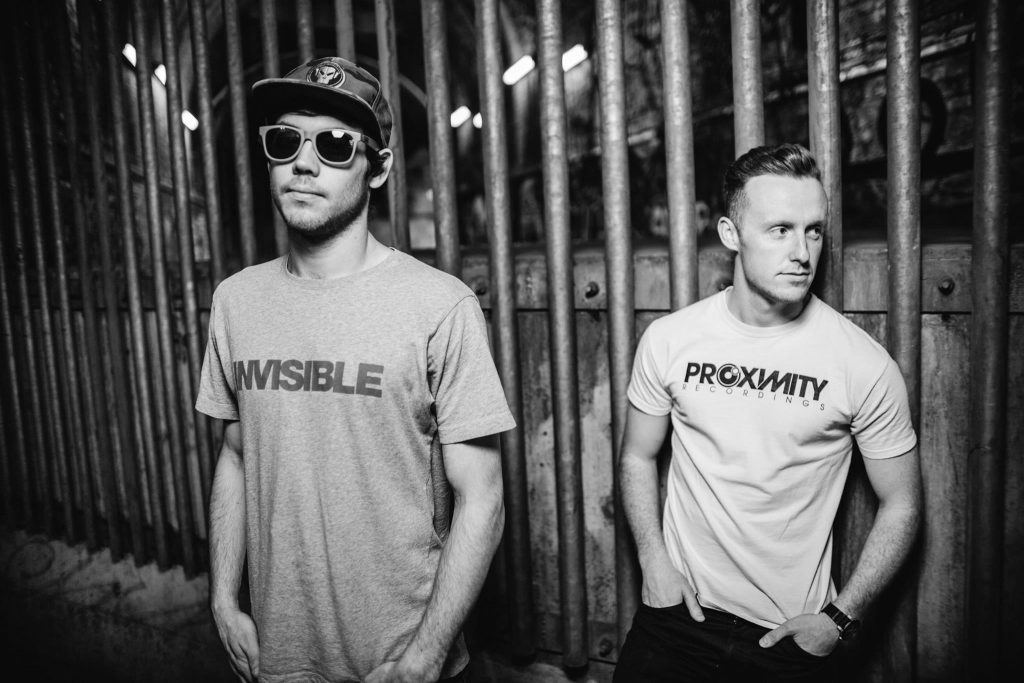 With a top notch new EP out on Dispatch LTD and a string of tidy releases for the likes of Proximity & Invisible, Tephra & Arkoze have been turning heads over the last two years. We caught up with them for a quick chat about the Ascertain EP, collaborating with Survey and their love for old school hip-hop.

DNB Dojo: Ez guys, thanks for chatting with us! Where are you in the world right now and what are you up to today?

Tephra & Arkoze: We are enjoying life a lot right now. After a quiet spell on the release side of things, we are really excited for people to hear our latest sounds. Over the last year our project folder has grown a lot and it feels good to finally get some of our work out for people to hear. Today we are studio bound! Although the weather is nice for a change in the UK, we are going to be working on getting our 2nd EP wrapped up for Dispatch.

DD: So you’ve just dropped your brand new Ascertain EP, how does it feel to be joining the Dispatch family?

DD:  This World sees you teaming up with Survey boys again after your collab with them on Invisible in 2015. How did you guys come to work together? Can we expect more collabs in the future?

T & A: Funny story really – James was out raving in Berlin visiting an old mate from uni. The club was playing mostly techno as you would expect over there, but James went past a small room and was drawn to it by the sounds of drum & bass. Survey (unknown to us at the time) were playing when he entered the room. He went over to the booth and introduced himself. He asked Hardy (one half of Survey) if he had heard of us and the answer was yes. They then played out one of our tracks in the club which was pretty cool.

After Survey’s set, James and Hardy had a few drinks and got talking. We then decided to give them a shout after James got back from England and started working on a few projects before This World. Our first release entitled Pattern came out on Invisible Recordings last year. Rhys asked on Facebook the other day if we could start working on an EP, which we all thought was a good idea, so you can definitely expect more collabs in the future!

DD:  We’re really feeling the title track Ascertain here at Dojo HQ…it kinda feels like a combo of dark halftime D&B and more playful old-school hip-hop influences from the likes of Dilated Peoples. Care to tell us a bit about how this one came about and the link with MC Fokus?

T & A: When we were younger we were always into hip-hop, but as we got older we also developed a taste for D&B. This combined with the influence of half time tracks from the likes of Dub Phizix and Skeptical definitely gave us the inspiration to write Ascertain. Due to this hip-hop influence we knew an MC would be the icing on the cake for this track. Around the the time Spindall from Nurtured Beatz introduced us to MC Fokus (big thanks to Craig for the introduction). From here we sent the instrumental to Phil (MC Fokus) to see if he was up for working on it. Phil did his thing and Ascertain was the final product!

DD:  You’ve come up pretty rapidly in the last few years since your early releases for the likes of Nurtured Beatz. Any tips for aspiring producers, or anything you’d do differently knowing what you know now?

T & A: The main thing aside from persistence and hard work, is to stick with what you like. We have been told by a lot of people to do different things with our sound over the years, but we stuck with it. It is very easy to try and emulate other peoples sounds as you think this is what people want to hear. We believe that if you stick to what you like then it is easier to develop your own sound which is likely to get you more noticed!

DD: What’s coming up next following on from the EP? Any releases or shows you wanna shout about?

T & A: We’ve got a few releases and collabs in the pipeline. We have a single coming out on Peer Pressure and a collab single with nCamargo coming out on Icarus Audio and we have signed a track with Vandal Records which features Sparkz from Manchester who does work with the The Mouse Outfit! As mentioned we’re also in the process of wrapping up another EP for Dispatch.

Gigs-wise we are playing out in Northern Italy two nights consecutively in May which we are super hyped about and we are going back to Germany to play out which we are also very excited about as we had so much fun there last year.

The Ascertain EP is available right now from the Dispatch Recordings store.