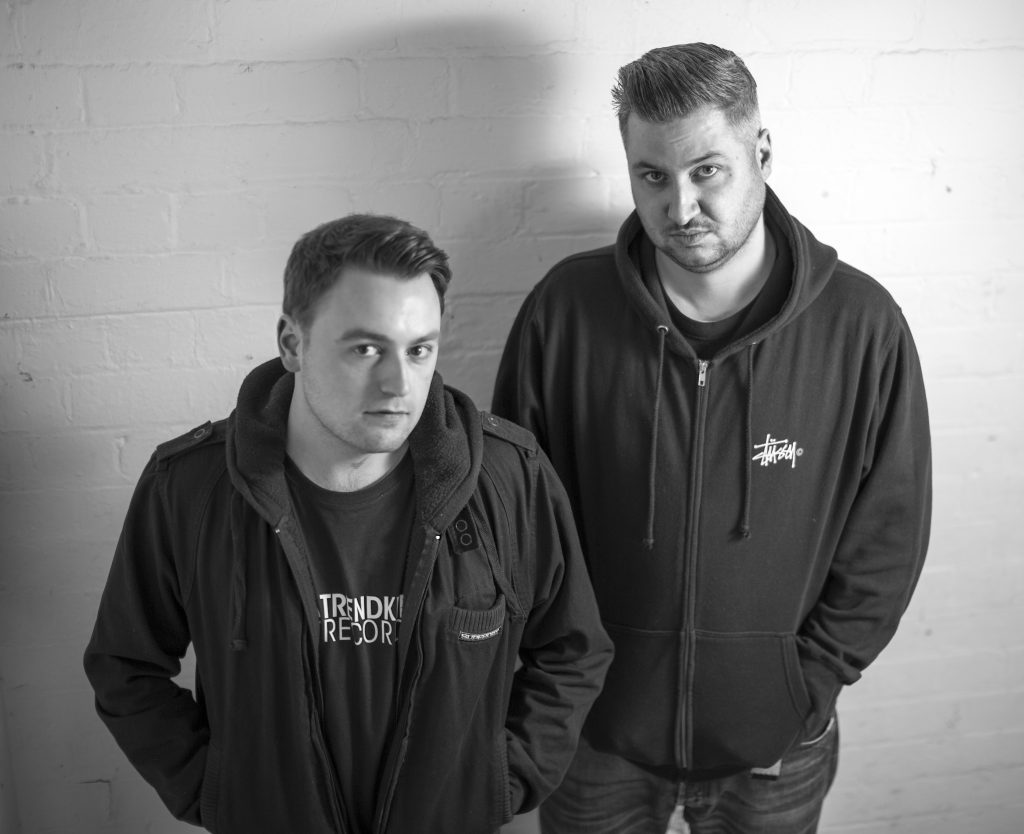 Mob Tactics have been storming the scene for some time now and their latest release for Viper Recordings finds them destroying the dancefloor once again with a pair of fresh high octane rollers. We grabbed the guys and got them to pick their current Top 5, check it!

Mob Tactics – Get Dirty VIP / Welcome To Your Nightmare [Viper]

“Well, we had to go with our new single first, obviously! Really happy with this single. The VIP started off as a bit of fun for Let It Roll last year and just started becoming a staple in our sets. We talked about working with Nuklear for ages and we finally got together and came up with this! He’s a really talented guy so it was a real pleasure to work with him.”

The Prototypes & Prolix – Enter The Void [Get Hype]

“When these guys decided to get together and write a track the end result was always gonna be special, and boy did they deliver! Epic intro and a drop that’s guaranteed to set the place off. Huge!”

“Another new thing from us featuring Luke’s wife, Joanna Syze on vocal duties. We’re really excited about this one. Probably one of our favourite intro’s that we’ve ever done! Joanna killed it with the vox on this one, she really came through. Took us a while to get it all completely right but now its done we’re amped. Hopefully dropping in the not-too-distant future…”

“Impossible to choose one track from this incredible album so we just chose the whole thing, haha! Paul has really raised the bar with this project. Must’ve listened to it 20 plus times already and it get’s better & better with each listen. Incredible production and music that really sticks with you. Bravo!”

“A new remix we’ve literally just finished. Some remixes are a joy to do and this was one of them. From the moment our manager brought it to us and played us the first few seconds we were like “YES!” It just came together really quickly and organically which is always a good sign. We feel very proud of this one and it’s already started picking radio support so what more can you ask for!”

Mob Tactics’ brand new single Get Dirty VIP / Welcome To Your Nightmare is out today on Viper Recordings; hit up your favourite digital store to grab it now!