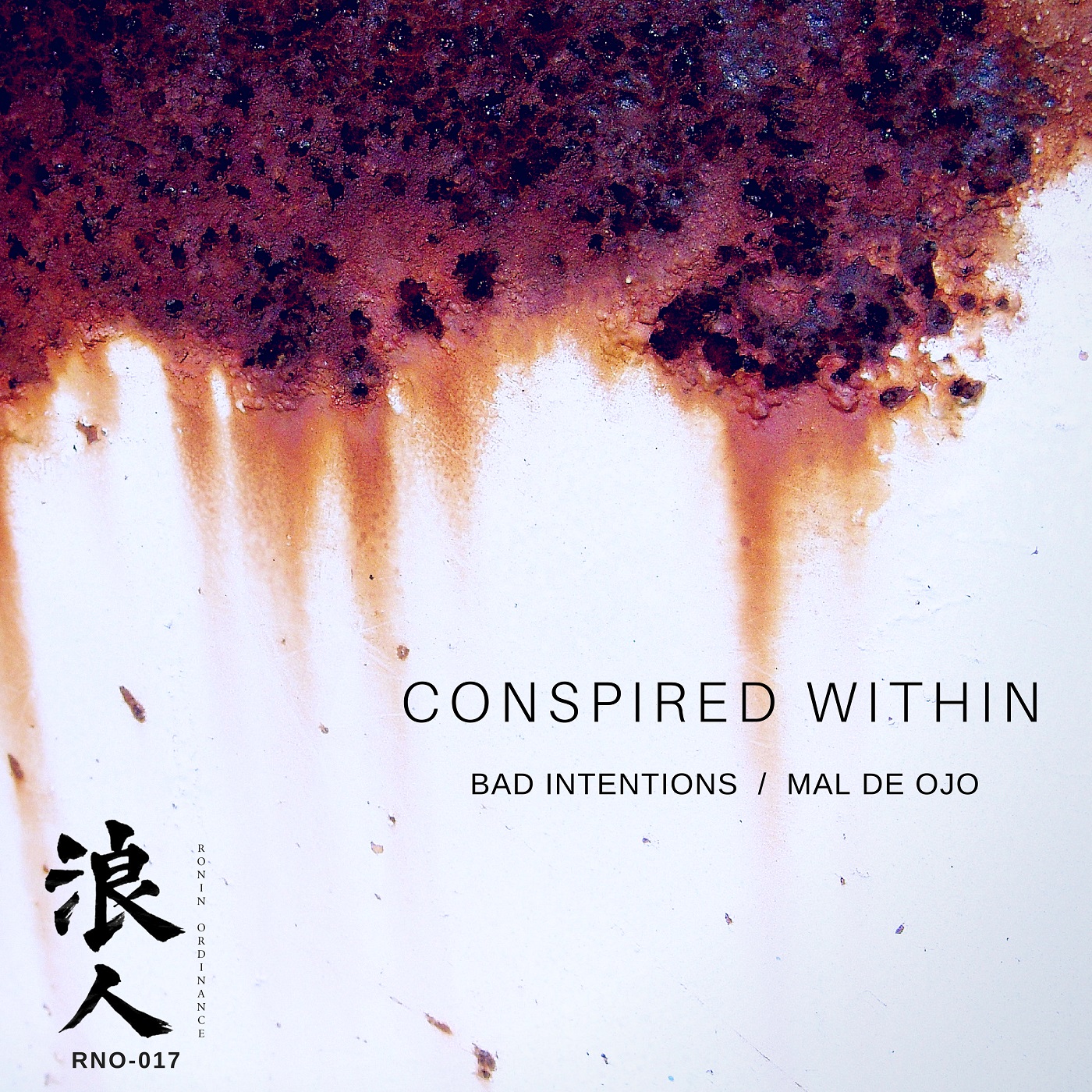 Hard hitting amens and dark atmospherics a plenty on today’s exclusive as US producer Conspired Within lands on Ronin Ordinance! Bad Intentions lives up to it’s name, blending halftime kick patterns with the kind of battering amen chops which characterised early 2000s releases on the likes of Tech Itch Recordings. Throw in some growling reese danger for good measure and you’ve got a darkside weapon sure to smash up the dance. Sick tune! Look for this dropping exclusively at Beatport from Nov 30th, with other stores following two weeks later.