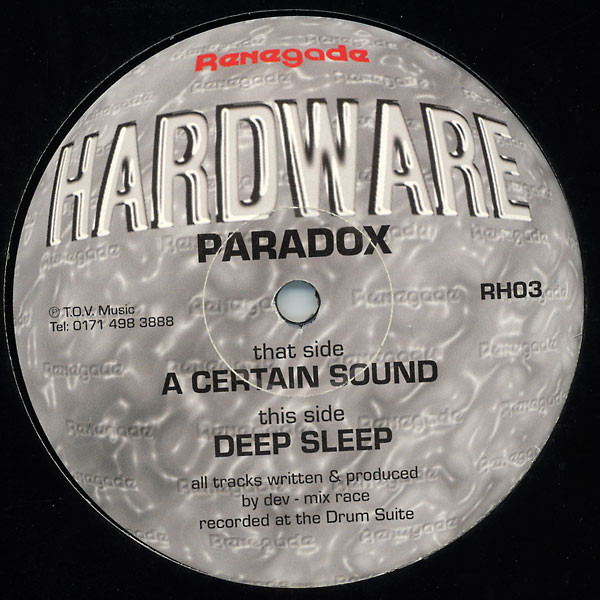 Dev Pandya broke onto the scene under his Paradox moniker in 1996 wielding solid amen smashers. The formidable energy and complexity of Pandya’s deft cuttage made him a staple of the Jungle/Drumfunk style. Remaining true to his sound, Paradox rocks his breaks-heavy style to this day.

Paradox’s breaks are relentless and stone cold on the early Renegade Hardware release A Certain Sound, with bass straight from the depths of an abyss. The 1996 heater employs a quote from the iconic film Dune to psychedelic effect, as Paul’s voice bounces along in hypnotic cadence, and is ultimately complemented by eerie atmospherics. This classic track is not to be missed – a considerable weapon of sound in any Jungle/Drumfunk DJ’s arsenal!