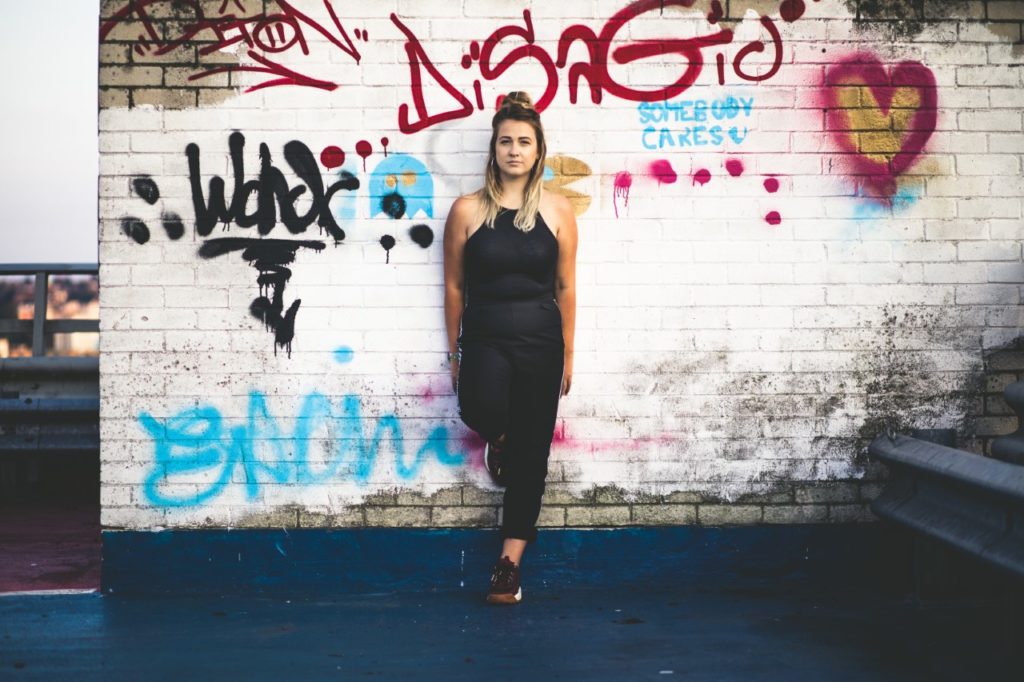 2020 feels like a year of change in many ways, and welcome change in the way that the D&B scene grapples with gender diversity. Sites like Dynamics Music are a key part of that conversation, pushing female artists into the spotlight and reminding listeners that the focus doesn’t need to be as male as it has been. We caught up with founder Enada to find out about her passion for bass music, the state of the scene and her favourite up and coming female artists…

Enada: Hey! Thank you for having me. Yeah surviving for sure, it’s been a weird year hasn’t it! Definitely a year we will all never forget.

DNB Dojo: So to have set up a website like Dynamics Music you must have a passion for bass music. Tell us a little about how you got involved in the scene, and your journey with music?

Enada: So I’m from a town called Luton which is about 30 miles north of London, it’s quite an unremarkable place, not a lot going on there, barely a music scene at all. But my friends and I used to get the train to London and go to Cable or Fabric most weekends, sometimes we’d get a coach and there would be 70 of us! It was so much fun, but yeah, making these trips to these amazing clubs is really where I started getting seriously into dubstep and D&B.

Along the way I made friends with my current house mate Kyrist (she’s also from Luton) and she was probably the first female friend I had that DJ’d, so she really has been a huge inspiration for me getting involved with music. I listened to music for years and it wasn’t really until about 2016 I started DJing, at the beginning I just did it because I loved it – I spent about two hours every day mixing at home, I couldn’t get enough of it! And then in 2017 I had my first show in the main room of Lakota alongside Levelz, DJ Marky and Kahn & Neek, and really from there I decided that I wanted to DJ out more often so spent a lot of time networking with people to get more opportunities. I have recently started to learn how to produce over lockdown, so keep an eye out for some releases at some point in the future!

DNB Dojo: It feels like gender diversity in D&B is finally getting the attention it deserves, not just via Dynamics but also the work of organisations like EQ50. Do you think things are moving in the right direction? Crucially, are they moving fast enough?

Enada: I definitely think we are moving in the right direction! There is a lot more of a conversation happening in D&B at the moment, which was well overdue. Organisations like EQ50 are exactly what the scene needs, I love what they are doing, massive big ups to them! In saying that though, there is a lot more than needs to be done. I quite often hear from promoters that they will only book people if they think they are good, it doesn’t matter if they are male or female, which is all well and good, but I really don’t think some promoters are doing enough to look for more femxles in the industry.

One thing I have learned from creating Dynamics is that THEY ARE THERE, if you invest the time, you will find an abundance of insane quality producers and DJs, there isn’t a lack of women but there is a lack of promoters investing the time into finding them. So basically I have done the work for you, please use the site as a resource to discover the amazing women that are on there, I can promise you, you will not be disappointed.

DNB Dojo: What advice would you offer to young female / non-binary artists trying to break into the scene?

DNB Dojo: And last up, give us your top three underrated female / non-binary artists who you think people should be paying more attention to.

Enada: Definitely the Nuance girls, they are my friends and I’m not just saying this because they are, but they truly have something unique in the way that they DJ, mad talent! A girl called Gnasha, she is a dubstep producer about to have her first 140 release out on Foto Sounds, she is 100% someone to watch out for. WYN is also incredible, love her production!