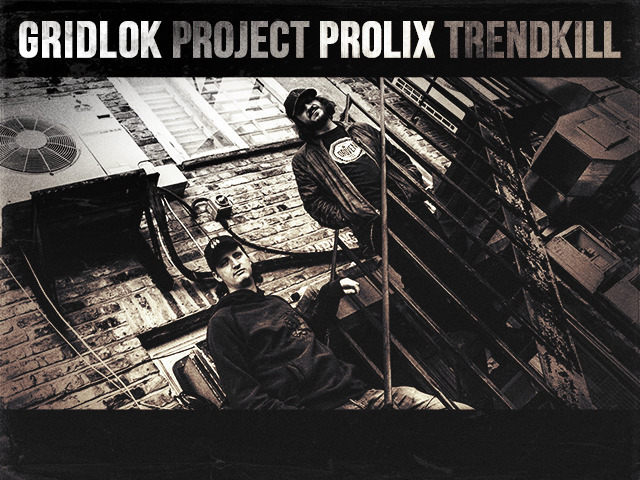 Longtime collaborators Gridlok and Prolix have teamed up once again for a hefty 8-track album entitled Project Trendkill (from the owners of Project 51 Records and Trendkill Recordings…yeah imaginative guys, hah). Names aside, the album packs punch and detail in equal measure with a mixture of tearout neurofunk rollers like Slingshot and other less obvious productions like the melody driven jungle breaks of Snowed In and the off-kilter rhythms of Lounge Act.

The duo have taken the current economic climate in their stride and taken to Kickstarter to fund pressing the album to vinyl. They’ve already passed their initial goals to press the album to both vinyl and CD but being generous folks they’ve just announced stretch goals to release free sample packs from the album if more money is raised! Check out the beats below and head on over to the kickstarter to support the cause (and preorder the album on your format of choice).