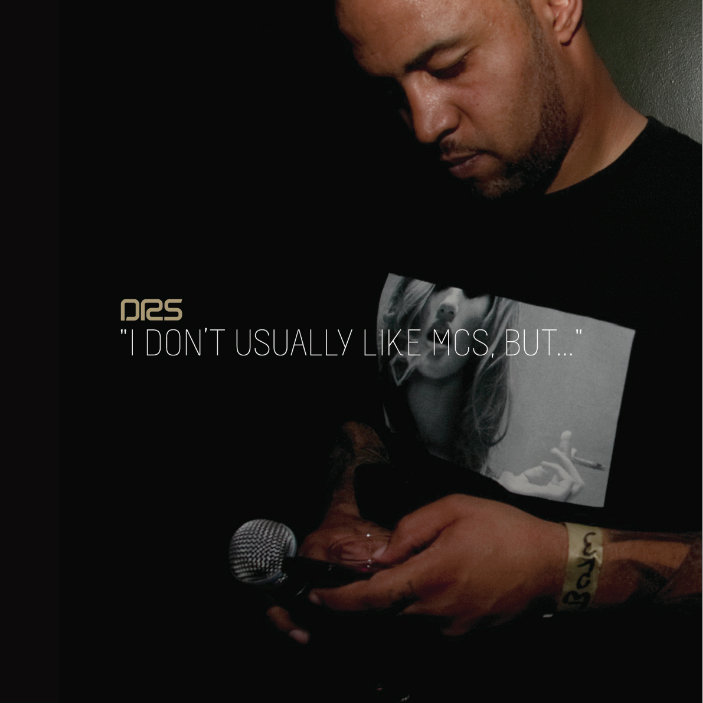 MCs in dance music; often a contentious topic. And one that has been prominent in the drum & bass scene in recent times, with the rise of MC-led (or at least MC-imbued) tracks, particularly in the wake of the huge success of Dub Phizix’s smash hit Marka. So despite the excellent track record DRS has in the scene, I must admit I was a little ambivalent when I heard that he was doing a full length album of solo material. Would there be the necessary variation here to justify a solo LP, or would this merely amount to 14 similar tracks chucked together to cash in on the current trend for MCing over half-step D&B beats?

While the initial single from the album was promising, it was treading familiar ground for the MC. Thankfully the album doesn’t disappoint in any way – lyricism and production (from the host of guest producers including dBridge, Lynx & Genotype) are both top notch, and most importantly the album shows real variation in tone and musical style.

The first welcome surprise of the album comes on Autonomic, bringing the tempo down to the 120 range for a slice of stripped back but supremely funky hip-hop. “This beat’s so autonomic, automatic, supersonic” goes the chorus, with DRS settling into a beautifully laid back yet insistent flow that instantly has the head nodding. It Ain’t Easy provides another, with a pleasant cross between grime-esque 140 beat patterns and warm, soulful synth lines.

Even when the tunes are occupying more familiar drum & bass led territory there is a good selection of different offerings, from soulful liquid funk affairs like Star Voyager and Keep the Faith to slightly predictable but nonetheless high calibre grimey half-steppers like Play With Fire.

If MCs are stepping up to become a bigger feature of the drum & bass scene, on record as well as in their more natural habitat of the club, then DRS has certainly set the bar for what an MCs album should be on every level. Watch out for the full release via Soul:R on Monday – and to whet your appetite you can check out a teaser mix below.