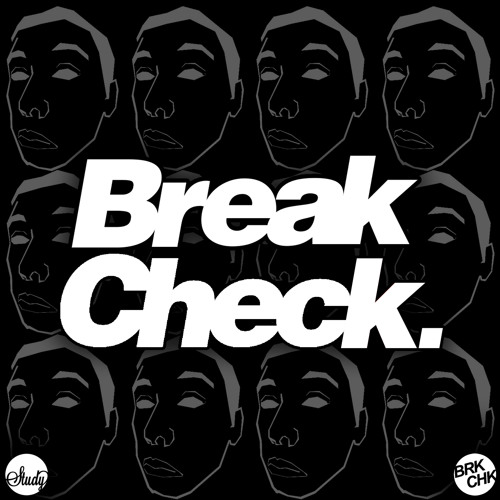 BRKCHK’s latest work for Free Love Digi’s fld.Study sister-label rather piqued our interest here at the Dojo, exploring as it does the mellower end of D&B without falling into obvious liquid tropes. With that in mind, it seemed only right to pick the man’s brains for some insight into his take on the 170BPM sound.

DNB Dojo: Hi BRKCHK! Thanks for taking the time. Can you introduce yourself to our readers?

BRKCHK: No problem whatsoever! Hope you lot are doing well. But yeah, I’m Jacob, otherwise known as BRKCHK or 1/2 of Thought & Process, and I make drum and bass out of Houston Texas!

DD: You’ve got a new EP for Free Love Digi dropping soon. How did the EP come about, and what’s your connection to the label?

B: Yeah man, really excited about this one honestly…the EP came out of a lot of experimentation I was doing musically, combining a lot of new techniques and sounds that I’ve been trying to implement for a while but never could quite find the right way to present them. Really happy with how they all turned out in the end though!

As far as my connection with FLD goes, I met Quentin and Dave through Tyler (Amathyst), whom I’ve made music with for the better part of ten years. Since then it’s been a super cool relationship, and one that I’m very happy to be a part of.

DD: The tracks seem to melt down and combine a bunch of influences; Lace Up has a distinctly hip-hop vibe while Crowded Beaches seems to have a bit of a samba feel to it. Care to tell us about your musical background and where you draw the sounds from?

B: Well yeah, I tried to keep the sounds on the EP diverse enough to be discernible from one another, but similar enough that they would flow well…which is usually a daunting task when it really comes down to it. But yes, these tracks each directly represent a sound from my history or from the culture I happen to be a part of here in Houston.

For instance, I grew up on hip-hop so I naturally have the tendency to want to fit that into my tunes, which happens to work quite well with drum and bass as the two genres are not only tempo-comparable, but even in the way they were made originally…it’s really cool actually.

I honestly have a pretty extensive history with music so it would be really hard to describe it all here, but the important thing is, I try my best to represent my culture in each track I put out, whether it’s jazz or samba influenced.

DD: There is a very natural feel to your tunes, with traditional instruments like guitar and piano taking centre stage rather than more synthetic sounds. Is the production all sample based, or is some of it recorded specially?

B: It’s a bit of each actually. I have the tendency to lean on more “authentic” sounds as opposed to “synthetic” sounds because I was raised playing a multitude of instruments. Not to say anything against synthesis, as I use that method as well, such as the sounds you hear in “Stone Tablets”. I’ve always loved sampling though, it’s a fascinating concept at its core that often gets discredited by those who don’t understand it.

DD: I love Stone Tablets – the melody and flow of the track are just so effortless! It seems like there must be a hidden meaning to the track, or am I reading to much into it?

B: (laughs) Somehow I knew this was going to come up at one point or another! See, each of my tracks represent a very unique story or situation to me, which is what makes each so special. Nobody will ever know the story behind every track, so it keeps them close to my heart. but since you asked, it was written for a girl I knew who passed away in January.

The name signifies a gravestone, which is not a complex object in and of itself. But it’s not just a rock, it is a representation of a human life that was once loved by so many, which makes it so significant. Essentially, the track is meant to draw the feeling of a distant memory that may have been grim, but you look back smiling in remembrance.

The fact you felt like there was something more to the track let’s me know I’m conveying the emotion properly so that’s great to hear!

DD: Any shouts or anything else you’d like to tell us about?

B: Absolutely. First and foremost, you can catch me live on Rood.FM every Tuesday night (8 PM CST, 2 AM GMT), biggup the Rood.FM family…so you should deffo be getting involved there 😉 Shouts to FLD.Study, Amathyst, Ty-Psyntific, Carl Culley, ZoZo, Quentin Hiatus, Zegen, Kozee, Dubtrash, Emmo, Spectrum Sessions, Al Pack, Submorphics and anyone holding down drum and bass here in Houston and across the globe. Thanks again! Stay true, one love.

Check out the clips below and watch out for the EP dropping at all good stores from September 8th.