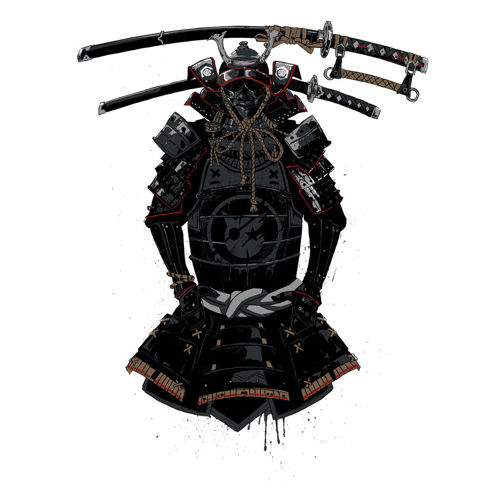 Originally one half of Alchemic Breaks, we got the word recently that Chimera had struck out on his own to start a new imprint, Ronin Audio. It seemed only right that we track him down for a chat; read on for some info on their first release and what else he’s got in store!

DNB Dojo: Hi Ben! Thanks for taking the time to chat. How are you today mate?

Chimera: Easy now mate I’m well, just cracking on with stuff, got Overflow tonight with Roygreen & Protone and Collettee Warren so gonna have a few rums and have a boogie tonight. Other than that getting Ronin flowing, things are taking a little bit longer than expected but I don’t like to rush.

DD: So having previously been one half of Alchemic Breaks you’ve now split off to form Ronin Audio. Can you tell us a bit about the reasons for the move and how the label will differ from Alchemic Breaks?

C: I just wanted to venture out on my own and be able to fully express the music I love and artists I’m feeling. There were a few other minor things but I don’t wanna dwell on that, Ronin is here now and I’ve got some incredible things lined up. The label will be bringing well crafted music, up and coming artists and of course the full 360 spectrum of D&B.

Hopefully everyone gives the same response and support that Alchemic Breaks had previously, and of course I wish Sam and Alchemic all the best.

DD: The first release you’ve got signed up comes from Leeds duo Bad Graphics, how did that come about?

C: Paul and Arth have both been on it for a while, originally Arth comes from a dubstep background whereas Paul has always been on the D&B; when they both came together about two years ago they started smashing ’em out and had their first release signed to Influenza Media towards the end of last year. They have been friends of mine for many years and their production is always clean, versatile and full of soul.

With Altitude and Progression we are digging into the darker side of the duo’s sound with two dancefloor bangers. Progression has been a project that my ears took a keen liking to and it’s been causing a little bit of a stir with the people I’ve sent it to so far! Watch out for more Bad Graphics on Ronin, and they have something really cool lined up with my brothers over at Rush Records so definitely go check that out.

DD: Can you give us any sneak peaks at other material you’ve got lined up for future releases?

C: I’ve just signed some very evil, very forward thinking stuff from Antagonist which is something I’m excited about as no one can imitate his sound. The second release is coming from Coma of Diffrent Music and Icarus, there are two collabs on there that are really special including on with an MC who deserves much more attention.

Other artists lined up are Mark Kloud (a guy people need to get to know), the Kolectiv boys who have teamed up with Flexout bossman Retraflex, Djinn, C-side and more. Can’t really let too much go, probably already said too much!

DD: If you could sign a beat from any producer right now, who would it be?

C: Very hard to choose but I’m gonna go with Halogenix. The guy’s a machine! More realistically I’d say Thing or Gremlinz, two producers I admire, though there are too many. Pennygiles is another guy I’d love to have music from.

C: In no order whatsoever, five tunes I’ve been playing a lot recently:

Thanks for the questions! Hope everyone out there puts their ears to the ground and waits for what Ronin Audio has in store! Thanks for your support and finally Big up DNB Dojo everytime!

Watch out for plenty more from Ronin over the course of the year! You can hear clips of the first release below; expect this to drop sometime in June.

Pssst! If you want a sneak peak at more Ronin Audio tunes, check out this guest mix Chimera has put together for Scratch Radio. Nice!