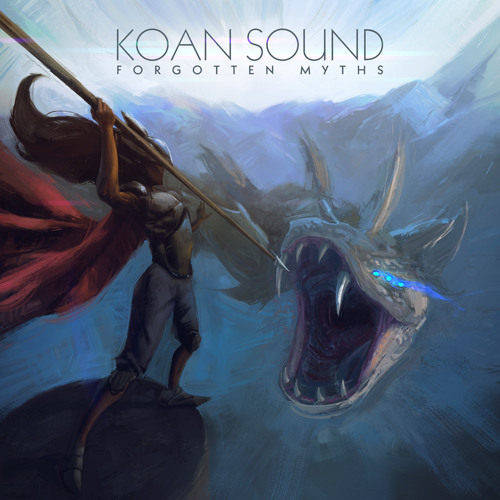 Anyone who keeps an eye on the wider bass music scene should already be familiar with KOAN Sound – the Bristol-based duo have gained fairly widespread acclaim for their dubstep, glitch-hop and other lower-tempo material on Skrillex’s OWSLA label, Inspected Records and beyond.

Their latest release sees them concentrating on the 170BPM sound more than usual, with two of the four tracks playing with the D&B template. Strike hits down with intricate drum programming around a halftime kick/snare rhythm and plenty of the duo’s trademark squelchy bass, while Forgotten Myths goes full roll after a pretty epic atmospheric build up.

Elsewhere on the EP we’re treated to lush, melodic glitch-hop on Sentient and soft, almost ambient tones set to rolling 140BPM breakbeats on View From Above. Overall it’s a top notch EP, and best of all you can grab it on a “pay what you like” basis from their Bandcamp. Check out the tracks below and grab it right now!