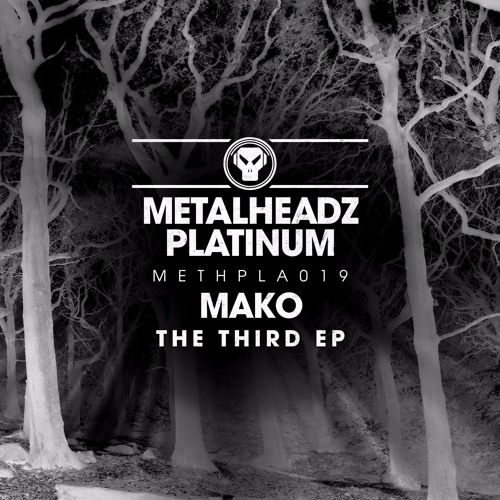 2016 looks set to be an exciting year for Mako. With another storming release for ‘headz just round the corner and more to come on his own Utopia imprint, not to mention the forthcoming OneMind LP with DLR, I grabbed the man himself for the lowdown on drum programming, working with Goldie and his forthcoming live show.

DNB Dojo: Hi Stephen, thanks for making time for a chat. What are you up to today?

Mako: Hey Henry. I’m actually in Dubai with my girlfriend at the moment. We’ve stopped here for a few days before moving onto Thailand where I’m meeting her mum for the first time. Gonna hook up with Goldie too and work on some beats.

DD:  Your new EP for ‘headz is called The Third. It’s your third solo release for the label but something tells me the name has some deeper significance, care to enlighten us?

M: Haha. Normally there would be a deeper meaning Henry but this time it’s just plain and simple 😉

DD:  Given the title of your new VIP of The Gully, were you listening to a lot of Pearl Jam in the studio that day? Or were you taking “grunge” for it’s more literal meaning? The track certainly has a gritty vibe to it.

M: You’re on the right track but I was never really a Pearl Jam fan. It’s actually in reference to a Nirvana tune called Scentless Apprentice. I used the same kick pattern in some of the edits and felt it worked so well I wanted to subtly reference it in the track title.

DD:  The tracks on this EP (and your work in general) seem characterised by drums that are heavy hitting but still sound organic and natural. Do you record a lot of your own drum sounds to go with sampled breaks, or is it clever sample layering that gives the beats so much weight?

M: Yeah, I record my own drums as well as layer up sounds. It’s really important to me that my drums don’t sound like the laser pop snares that are so prevalent. I find that a lot of people in the more commercial side of drum and bass use the same sounding snare. We call it the ‘penjy’ snare after we felt it was made famous by Pendulum.

I’m realistic with my approach to drum and bass though. I want it to be able to be played by many of the DJs out there, both commercial and underground, so you need the mixdown of the drums to be weighty. The easy route is the penjy snare. But I don’t like it easy.

My love of organic breakbeats comes through in my own mixdowns though so they tend not to sound too mechanical and samey even though I use the same drum kits in some tunes (Candle in the Cage and By Firelight for example). Having said that I’ve experimented with some tape machine/drum machine snares more recently.

DD:  From what I read online you have a pretty close working relationship with Goldie. How do you decide which tracks to send him and which ones to hold back or send elsewhere? Do you set out trying to write tracks with a “headz” vibe?

M: I haven’t sent Goldie tunes for a few months now actually but in a way I’m happy about that as I’m seeing him very soon and I think a personal touch is better as you can gauge a reaction. The only person that gets all my tunes as they are made is DLR.

Metalheadz have first dibs on any tunes that I don’t think fit Utopia as they are my favourite label other than my own! I never really set out to write a “headz” vibe, I just go with the flow and try not to fight what the tune is. If it begins to sound “headzy” then I let that dictate the vibe rather than try and turn it into a tech Noisia tune.

DD:  Looking ahead, I’m really excited to hear the OneMind LP and see what you and DLR have been up to. Can you tell us anything more about that project, or is it still under wraps for now?

M: Keep your ears peeled as more info is coming soon. I can say that our first EP has been handed in with two OneMind tracks, one collab with Om Unit and one collab with Ulterior Motive.

DD:  You’ve also got a collab coming with Total Science for Utopia, care to tell us a bit about that? Did you manage to inject some of those unusual Mako drums into the mix or did TS railroad you into roller territory?

M: I find making tunes easy when I have some prepared drums ready. Total Science trusted me enough when I said to them ‘let’s use these drums from this tune of yours’ to open up the session and bounce them out for me. I then set about doing a simple bass line and they fired samples at me as I arranged it. It worked out really well. I’ve listened to so much Photek that rolling out a stark paranoid stepper is easy, especially when armed with the sounds those guys have tucked away in their hard drives.

M: Im excited about being one of the main acts at Outlook festival alongside DLR as OneMind. We’re working on our live show this year and I can’t wait to get it off the ground. I’ve also been doing a few remixes this year, including one for Metalheadz which is really special to me.

Mako’s The Third EP drops on vinyl and digital via Metalheadz from Friday; hit up their store for pre-orders now!