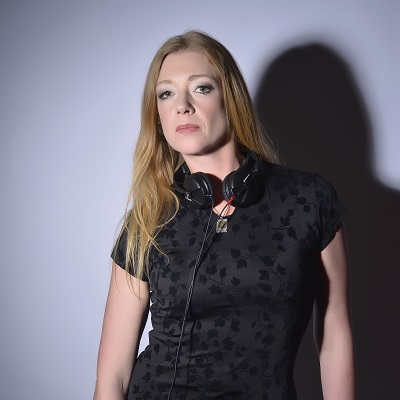 More than a few folk are probably wondering who Flava is; launching onto the production scene as she has via collabs with the likes of Digital and Spirit, her recent work has been turning heads in a big way. We hit her up for a chat to find out where she’s been hiding and how her recent forays into production began.

DNB Dojo: Anyone listening to the underground radio scene in London for the past fifteen years knows who you are but when it comes to making beats you’re a newcomer. So why start now?

Flava: Well I’ve always had a great face for radio so was only natural! I’ve committed to weekly Saturday night shows for the past sixteen years – that’s quite a commitment (sometimes a lot of effort) so I guess I never felt ready to commit to production if I couldn’t do it seriously, time wise – what would be the point?

It’s only due to recent opportunities to work with some of my favourite all time producers through meeting Steve Digital who’s always been one of my “top two”! I would’ve been crazy to pass up a studio session!

DD: A little bird tells me you’re up all hours on Logic making tracks and ideas and you’ve actually cut down sleeping times over it as you have a day job!

F: I’ve been so lucky to get the opportunity to work in the studio with Steve, and Horrific James as part of the Trident Code, and also Dissect who I started Primal with, a track forthcoming on the Synthesis album, a collab with Digital and Spirit. Due to this I made the decision to make an effort to at least learn the basic concept of production so I felt less ignorant when staring at the computer screen, plus it wouldn’t be quite as frustrating and sometimes embarrassing to get my ideas across – I’d much rather create a basic riff than try and sing it to someone – my singing voice resembles that of a cat being strangled so it was traumatic for all involved!

DD: So, what is your problem, or are you just super keen?

F: My problem is the fact that I’m gutted I didn’t get involved in the production side of things years ago when I had a few more active brain cells! I’m rubbish on computers so the prospect was daunting to say the least, but now I’ve become addicted! I’ve surprised myself that I’ve managed to grasp any of it to be honest but it’s coming along nicely.

DD:  Do you think your new found addiction will bear any fruit?

F: Hell Yes! After feeling like it wasn’t enough to be gathering samples and being bossy when presenting them at studio sessions – I was always bossy cos I spent ages sourcing samples as my way of feeling I’d made definite ‘input’ into a tune so it was important for me to use them. This was the case with the Trident Code EP (Function 38) and Primal and a little rework with Steve on one of my favourite tracks of his Retard.

Fortunately I feel I’ve come a long way since then because I’ve been teaching myself Logic over the last six months and with the guidance of Digital and working with Dissect (both of whom collab with me on The Test forthcoming on Commercial Suicide) I have been studying hard to learn and I feel ready to try write and arrange some tracks, From the East (also for Commercial Suicide) being the first. I handed it to Steve who was very impressed! Anyway, he worked his magic to finish it off.

Clearly, I’m still learning but I have the hunger to learn and the knowledge of what makes a decent track (hopefully) after so long in the scene, I’d like to think so anyway! I’ve been very lucky to have great heads around me, especially Steve Digital who is inspirational, supportive and positive, so watch this space…

F: Whenever I pull out the “vintage vinyl vibers” towards the end of my show it always seems to be the old Phantom Audio/Digital/Spirit stuff – also Dylan, Loxy Ink – Outbreak Recs, Renegade Hardware stuff – so I guess I’d call it “the grotty era”!

DD: What are your thoughts on D&B right now?

F: D&B isn’t the ‘sound of the underground’ any more – you hear it on TV ads these days for God’s sake, or the masses will know D&B from mainstream ‘pop hits’. To me that isn’t ‘correct D&B’ – no emotion or substance behind it – my preferred sound is more specialist I guess. That’s why I feel its my duty to keep that vibe alive on my shows by providing these tunes (old and new) for people to absorb and hopefully appreciate! If I can produce such tunes myself then fantastic! World domination could be on the cards! Maybe I could be the next Christmas number one, hah.