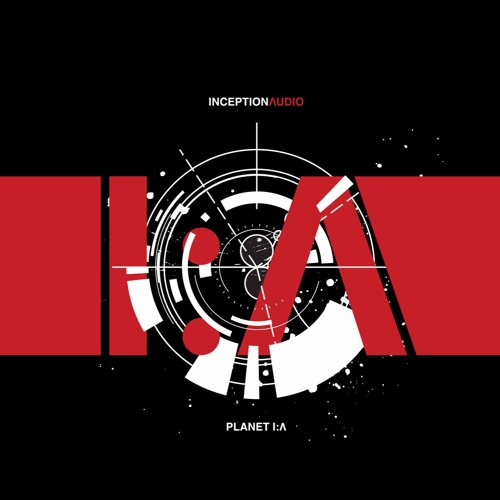 Inception Audio continue their quest to “transit the IA sound and invade Earth” with a cracking new compilation album. We’re not generally fans of the compilation album format here at Dojo HQ but credit where it’s due, this one feels like a coherent album projects as opposed to just a bunch of tracks slapped together and pushed into the digital domain.

Planet I:Λ tends towards the deep and dark, varying through autonomic-style experimentations, halftime head nodders, jungle explorations and minimal steppers. Production comes courtesy of established names and relative newcomers alike, with Khords, Picota and Kije rubbing shoulders with the likes of Gremlinz, Outrage and DBR UK. Tidy business; hit up Triple Vision if you’re a fan of the CD format, or Juno for the digital.

Keeping things full-length, liquid fans should definitely have a listen to the new LP from Hamburg producer Syncopix. Rolling breaks, melodic flourishes and variation in tone from sub rumblers to jazzy euphoria and everything in between. Nice!

As if two albums wasn’t enough for one roundup, there’s a third that’s also worthy of your consideration as Mindtech compile a healthy selection of neurofunk bangers for their latest album project, Peace of Mind. New tracks and remixes from some of the brightest names in the scene, with highlights coming from the likes of Neonlight, Dose, Allied and Rregula. Gnarly business!

On to the shorter releases and first up we’ve got a tidy little half-time rattler from Kurt Funk for Vancouver imprint Black Tuna Recordings. Filling the gaps in the kick/snare riddim with a plethora of bass snarls and high energy percussion, this one is an absolute stomper from start to finish.

Essex neurofunk outfit Druid Records return with two slamming new cuts from Italy’s Akrom. With past releases dropping on the likes of Red Light Records, Akrom clearly has a talent for hefty future funk and these two cuts will definitely rip up any club you care to throw them at.

HLZ brings his wares to Peer Pressure, bringing three tracks of detailed, hypnotic D&B to the London label. No Peace and Eyes of Silver certainly provide meaty percussion a plenty, but for us the apparently bottomless depths and trance-like pad drifts of Corals easily steal the show.

Jade’s label has both feet firmly planted on the dancefloor as usual with their latest release from Segment & Concept Vision. Savage neurofunk basslines abound, but there’s more than just precision bassline engineering to be found here as the duo make great use of lead melodies and unusual rhythms. Fiya!

More uplifting liquid rollers as Wyatt Noise’s GDS touches down on Spanish imprint Synesthezia. It’s all about title track Stargazing for us, but the B side and dubstep outing Rain Man are more than healthy offerings too.

Transatlantic business as Dutch producer Atiq brings his beats to US imprint Onset Audio. Halftime heads are in for a treat here as Atiq explores the many variations of this template, bringing in beautiful soundscapes and a variety of tones and rhythms. There are also some cracking remixes from label friends Dyl, Red Army and Aeon Waves, the latter taking Hiraeth all the way out into deep space territory. Lush.

Portsmouth’s finest return with the imprint’s second release, keeping true to their MO of super-crisp percussion; “exceptional high grade drums” indeed! Variation is the name of the game here, with Emphasis going on a journey through melodic liquid, rolling tech and deep halftime; vibes all the way.