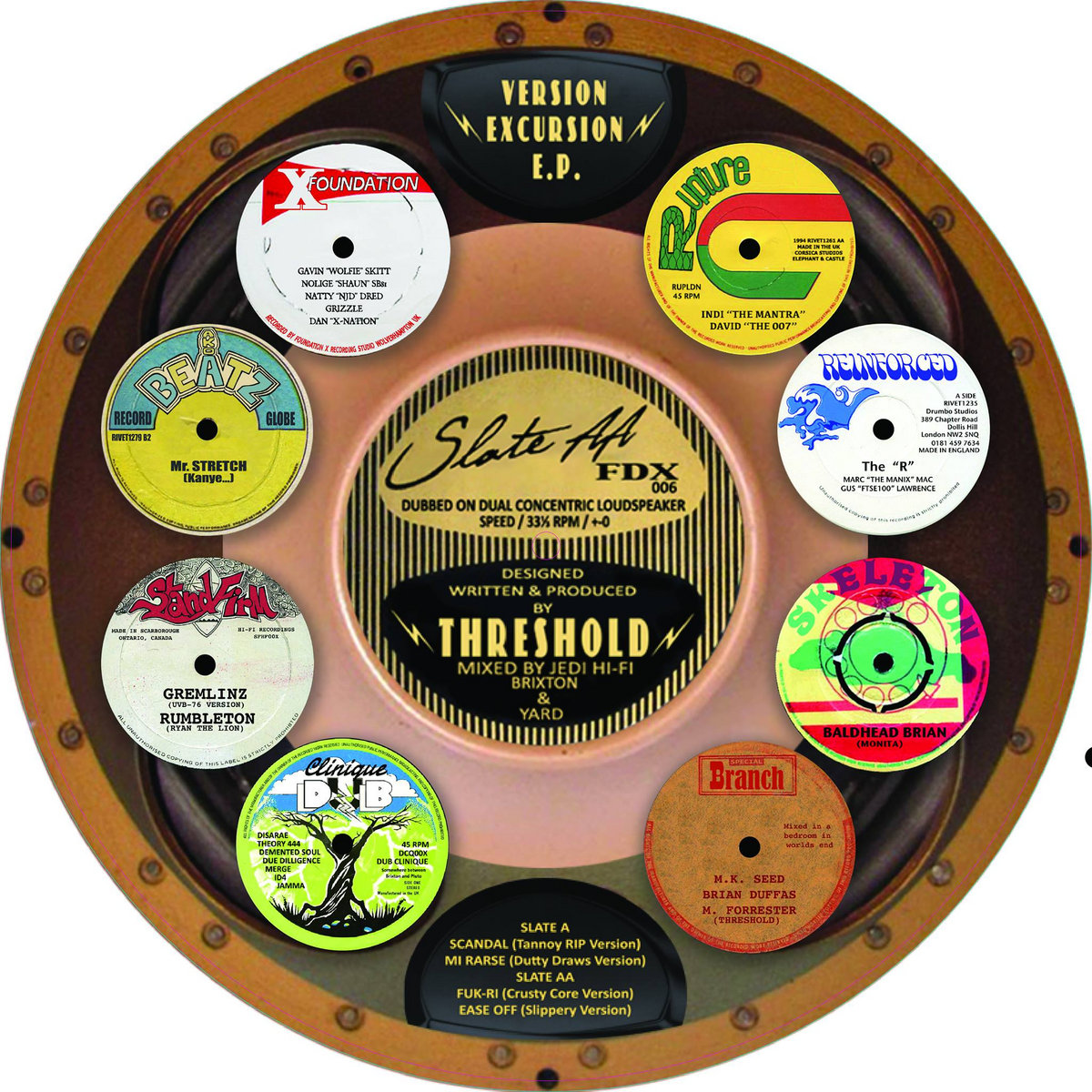 The latest from Skitty’s Foundation X imprint sees Threshold bringing his blend of dubbed out jungle to the table across four tasty new tracks. To find out a bit more about the man’s history in the scene and his approach to making beats we grabbed him for a quick chat. Check it out…

DNB Dojo: Ez mate, thanks for taking the time to chat. For those readers who might not be aware, care to introduce yourself?

Threshold: Ez, Threshold’s the production name though I have other aliases with other projects that are kinda quiet as I don’t just do drum and bass.

DD: So let’s dig into the history a bit. Back in the early 00s you were mixing tracks for Breakage and then collaborating with him. How did your relationship with him come about, and what was it like working together?

T: Being real, i worked with a couple of guys called Special Branch (me, Brian Duffas and Matthew Seed) and we had hit a point where we wanted more, but time wasn’t on our side to meet. Breakage used to come into my mate’s shop where DJ Flight worked before she started DJing and he’d bring us demos. We used to get jokes in the shop, he was a little rough around the edges, as I was as well in terms of production but the ideas were sick. I decided to take some time out with him and introduce him to a few people.

In terms of working with him it was weird as I was used to samplers and never did in the box, so most of the time was spent exchanging ideas. It was refreshing to have someone younger inspire you and say “why didnt you finish that track it was ruff?” or “really like that idea”, he drove me mad but that comes with a talent I guess. He blatantly helped me get converted to a hybrid studio set up and we still work together on stuff; I was exec producer on his last album, and he cusses me that I’m sometimes a bit old school, but hey…

DD:  Following on from those records there was a bit of a gap until 2010 or so; were you off producing under other names, or did you take some time out from the music business?

T: I don’t know really, was a lighting tech for a bit for a couple of venues as well as being the sound engineer at Hidden, and at Egg London, sometimes Scala Kings Cross. In terms of production, the music was cool but I just decided in my head the soul had been sapped out and it became more about the EQ of a drum rather than the vibe of a tune. Most of my bookings at the time were for dub at hip-hop after parties or bands venues, I enjoyed those 4-5 years as it made me grow as a producer and made me come back with fresh ears.

DD:  I hear you were also an engineer at The Blue Note during the Metalheadz era, that must have been quite a treat! Got any good anecdotes from those nights?

T: That gig was four of us, Troy who was Goldie’s personal engineer, Bevin who got me into the industry in the first place, Leon who nobody messed with (hah!) and rookie me, the geek in the corner. That was a severe learning curve for me as the system went in within an hour, then back out at the end within an hour, no messing about. Fave memory was being given control of the system and having Photek play on the night, was the only night he played for ‘headz in that period, massive thing for me as he’s one of my idols.

DD:  Fast forward to now and you’re pushing what could be called a bit of a retro sound. Was it a conscious decision to resurrect that ‘old school’ jungle sound, or did the music just flow out that way?

T: I don’t try to do a retro thing, I just don’t like that clinical sound most people seem to go for. I like organic mixes with mistakes and resonances that rumble a club. I’m sick to the back teeth of clubs with big systems and no sub, and i don’t get the point of drum and bass without bass! Some of the new stuff harks back to the Special Branch sound, hard but soulful.

DD:  There’s a pretty strong dub vibe flowing through the tracks as well, can you tell us a bit about your connections to that kind of music? Any particular influences you’d like to highlight?

T: I love old sound system culture, Jamaican culture is in my blood as i used to be in a little system back in the day as a yout, trying to clash big crews hah! What were we thinking? A couple of my cousins are reggae vocalists, so I used to sneak into sound clashes and observe, this was a major thing for me.

Also my sister who is a performer in major theatre productions, she took me to my first studio session, I owe a lot to her right down to learning about rare groove and Mowtown, ahh, and dad on a Sunday with reggae and white rum and mum making the food.

DD:  Last up, what’s next following your release for Foundation X?

T: After that i have a release on a new Rupture album. I’ve been working on a track with Headgear for AKO Beatz, I have a 3 or 4 track EO on Fresh 86 due soon, I have an EP on Rumbleton’s Stand Firm due, and I’ve just done a remix for Theory on his new label 444 music and hopefully a remix for Skeleton Records. There’s a couple of other things too so I’m a bit under it, but thankful that people buy my music.

Check out the clips of the new Threshold EP below and hit up the Foundation X Bandcamp to grab the EP on vinyl, shipping very soon…