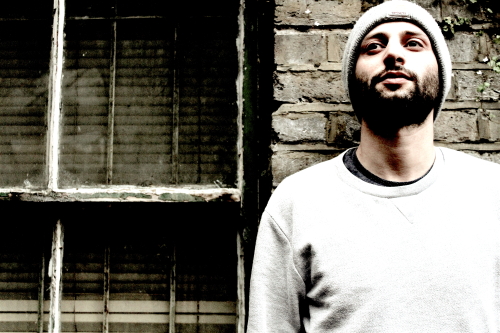 With a great EP released recently on Cirrus’s Terra Null imprint and plenty more beats to come in the new year, Noh Vae is definitely a man to watch in 2017. We caught up with the young producer to find out more about his Italian heritage, favourite studio tools, and musical influences.

DNB Dojo: Hi Alessio, thanks for chatting with us. Where are you right now and what have you been up to today?

Noh Vae: Hi guys, thank you for having me. At the moment I’m in Brixton, just enjoying a day off, while finalising a tune for an EP that hopefully should come out soon.

DD: So you’re originally from Italy but now based in London. What led you to move over to the UK? Have you found the experience of living in London influential to your music?

NV: Yes, I am from my beloved Tuscany. In the years before I moved to the UK I came to London often to buy new vinyl. I was looking to get good music to play at the events that I was promoting at the time. Some records were hard to find in Italy and difficult to get delivered from UK.

London nightlife has always been very attractive, but I believe what attracted me the most is the city’s multicultural side. I like to meet people from all over the world, it’s amazing to discover unusual cultural habits, and maybe have some cultural clashes as well. It’s a great experience.

Once I’d moved to London it was really influential to work as a broadcast assistant at Rinse FM. I had the opportunity to work with artists from different musical backgrounds. Rinse FM plays various musical genres, some of them really different to what I usually listen to, and that also influenced my musical taste. In some recent music that I haven’t released yet I’ve added elements often heard in Techno, House, Grime and any other genres that catch my attention.

DD: You recently released your first EP via Terra Null. How did that release come about? Have you got more material coming up on Terra Null?

NV: I was really happy to release on Ian’s label. I instantly liked the previous releases from Terra Null and the sound signature of the label; the blend of minimal rhythms and dark atmosphere. During the process of making the EP, I was following a similar concept. I tried not to fall into the standards patterns of what is popular in D&B at the moment.

I haven’t lined up any further releases with Terra Null at the moment, but I would be very happy to release more music with them in future.

DD: Your music seems to blend classic beat driven D&B styles with elements of dub and hip-hop. What artists have influenced you in building this style?

NV: In the period that I was making the EP I used to listen to music from Loxy’s Cyclon Recordings, Exit Records, and mixes and tunes from Homemade Weapons and Skeptical.

As you said, hip-hop and dub had a big influence, these were the very first genres that I really got into, before getting completely attracted by electronic music. There are too many artists to mention, but most of the rap from the golden age (90’s to 2000) played a big part. There was a period I was often at dub events, listening to UK pioneers like Channel One and Aba Shanti, that was a good experience too. Their sound system is incredible!

DD: Tell us a bit about your studio set-up; what are the key bits of equipment you use when writing beats?

NV: I have a really simple and minimal set up, and at the moment I just work in the box. Nowadays, technology really allows you to have everything you need in your laptop. I wouldn’t mind adding some hardware at some point, to bring more warmth to the sounds, but I haven’t had the chance yet.

I use Logic as my main DAW and I usually build the rhythmic parts using its virtual drum machine (Ultrabeat) or its sampler (EXS24). To make all the other sounds, such as bass, chords, pads and effects, I use Massive Native Instrument and just a MIDI keyboard to play the notes. Massive is definitely the most important element that I use to make music. I usually perform each sound starting from a pure sine wave, to end up with something I had in my mind or something completely different.

DD: Last up, which three records have you been listening to most this month?

Noh Vae’s Woyo EP is out now on Terra Null via all good digital stores.