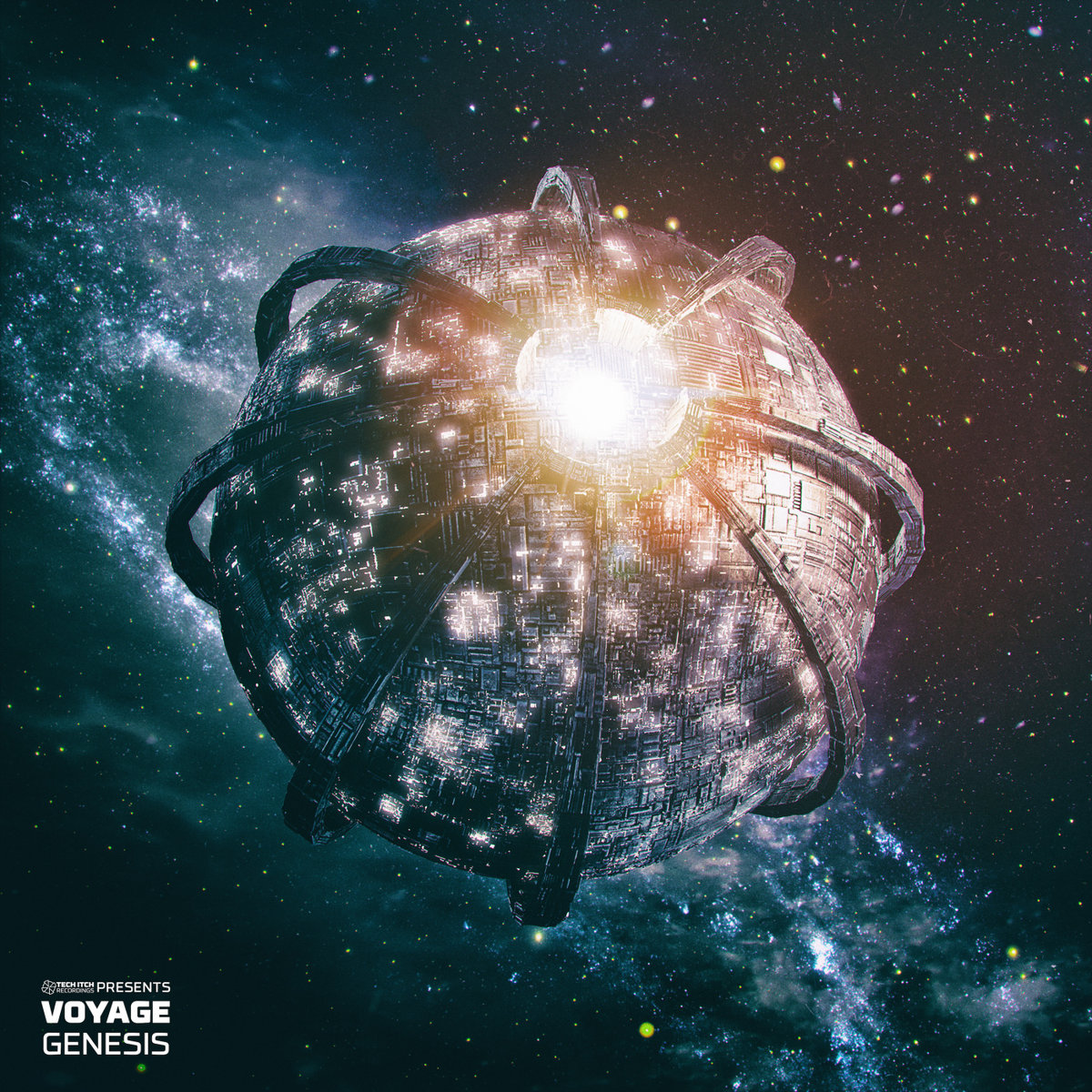 It’s common to talk about producers coming from nowhere, but it’s never been truer than in the case of voyage. Having travelled from relative obscurity to the release of the absolutely phenomenal Genesis LP for Tech Itch Recordings, it’s safe to say his place in the scene is now secure. We tracked him down for a quick chat about old school influences, how he wrote the album and what’s next…

DNB Dojo: Hi Voyage! Thanks for chatting with us. Where are you today and what are you up to?

Voyage: Today I am in the studio and I am just changing over from my old Mac to a new Mac, its been going on for about 24 hours now, going back and reinstalling all of the plugins etc etc.

DD: Prior to your recent album Genesis you’d only released a couples of singles and an EP over a 4 year period…how did you get from those releases to a full length LP for Tech Itch Recordings?

V: There are a few more EPs out there, if you have a little dig about you can find them. But you could say I have been quiet for a few years, but that’s not to say that I’ve not been experimenting and working on my production. The Genesis LP came about after hounding Technical Itch (Mark) for material to play on a radio show, he eventually asked me if I had any of my own stuff for a forthcoming various artists EP that he had coming out. I sent some stuff in and before I knew it one thing turns to another and I had approximately 15 tracks over the space of a few months. To my absolute disbelief and amazement Mark suggested an LP, so I couldn’t miss an opportunity like that to get involved with Tech Itch Recordings.

DD: What process did you use to write the album? Were there many tracks that didn’t make the final cut?

V: The process to write the LP was a combination of analogue and digital studio equipment all sequenced together inside of logic X, running a recently reduced selection of plugins. Just experimentation really, working with your 8 bar or 4 bar loop sections until you have enough going on and you’re happy with the sounds, then its about expanding those sections into a fuller and more finished production.

DD: Genesis has quite an old school sound harking back to the early 2000s and releases on labels like Moving Shadow, Tech Itch, Renegade Hardware etc. In a musical era where many people are pushing towards cleaner and cleaner mixdowns, what drew you to this rougher vibe?

V: Everybody has their own special era in drum & bass, and I’m not afraid to admit that mine is 97-98, so that era has a big influence on my sound. During production the grungy, dirty sort of feel is what was appealing to me then. Some times the tracks would sound quite clean and tidy on a mixdown, so that’s when I would call on different plugins, noise generators, distortion and anything that can filthy up the signal, it just adds to the atmosphere of the songs.

DD: As mentioned your discography is fairly concise, have you previously written music under other aliases or is Voyage your first project?

V: I’ve had other aliases through the years, a number of them, going back to 1995 when I first started pirate radio and this list goes on as long as my arm. Voyage is the first proper foundation and is the first production name I have used for releases.

DD: Most producers and DJs can point to a track they heard or a night out that gave them the D&B bug – what’s yours?

V: I was into drum & bass before it was drum & bass, I came from acid house and then into hardcore as we know it, and old school, and then one day it was just drum & bass, so the first track that got me where I am today would have to be Tour De France by Kraftwerk.

DD: You got the chance to launch the album at the first Resistance night in London, how did that go? Will you be playing at future nights?

V: Yeah, it was incredible to get to launch the album at the first Resistance, the night was amazing, the sound system was incredible and I truly can’t wait to be back on the line up for the next resistance and hopefully I’ll be playing at many more Resistances to come.

V: Well, I’ll be at Leeds in the Beaver Works on the 7th April, this year I’ll also be working in the studio and I’m planning to write and finish a lot more music then I have been doing. So watch this space…

Voyage’s Genesis LP is out now on CD and digital with a limited vinyl release to come in April. Check out the clips below and hit up the Tech Itch Recordings website to grab a copy now!