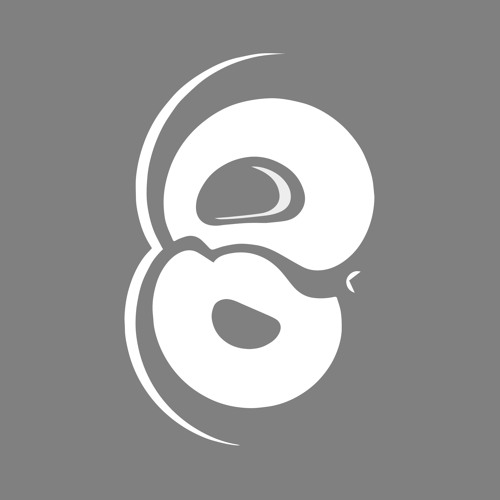 Keen observers here at Dojo HQ will know by now that we’re big fans of Bay 6 Recordings, the liquid imprint run by Echo Motion aka Jack Perry. This month sees the launch of sister label Calibrate, so we tracked down Jack for a chat about the new project, plans for Bay 6 and his own production work. Check it!

DNB Dojo: Ez Jack, thanks for chatting today. Where in the world are you, and what have you been up to?

Echo Motion: Hi mate, absolute pleasure to be chatting to you! I live in and operate from the wonderful county of Essex in the United Kingdom, I’m sure you’ve heard of it. I’ve been pretty busy as it goes, Bay 6 has lots in the works, there’s the launch of the new label Calibrate, we’re working on expanding the podcast in the new year and I also happen to work on music myself!

DD: So you’re starting up a sister label to Bay 6 Recordings called Calibrate. What made you decide you needed a second imprint?

EM: It’s actually been a plan on paper for a couple years now! As a huge fan of D&B, I love all aspects of it, but I’ve always felt that Bay 6’s demographic wouldn’t allow for darker material. Albeit it’s never held us back, but the time just feels right to put my knowledge and experience into the darker, more experimental fields, and give our artists that platform too.

DD: To the untrained ear the new single might sound a lot like Bay 6 material since it’s still very much melody-driven D&B…what are the subtleties are play here? What defines the Bay 6 sound, and what differentiates the Calibrate sound?

EM: It’s something I’d not noticed to be totally honest! Initially, I think that the material we put out on Bay 6 is a lot more straight-arrow, whereas Mindloader certainly isn’t afraid to experiment
with his sound, especially in You Take Me. Although there certainly are melodies at play, this isn’t something we’d be drawn to normally at Bay 6. It’s worth noting though that the next few releases we have lined up do get darker and in some cases, a bit dirtier…we wanted to almost ease people in from Bay 6, you know?

DD: How did you link up with Mindloader? And how did things come together for the first release?

EM: I’ve actually been a fan of his stuff as a while, so I decided to get in touch! He’d heard of Bay 6 and was super keen to get in on the new project, which obviously I was over the moon about! I’m still incredibly chuffed that we managed to land him as our first release, as is he. After chatting for a bit, he sent some demo’s over, which we then picked the two we thought were most suitable!

DD: What else can you tell us about the plans for Calibrate? Any artists or releases lined up that you can shout about?

EM: As cool as it is be all shady and mysterious, I’d be happy to share! We have a single from K2T & Option from Detached Audio in the pipeline, likely to surface in the new year. There’s an EP being worked on by none other than Midn8Runner (from Visages) who is getting seriously dark. We’ve also got a killer track from Enok and Sonny G being finished up which is intended to be put up for free download. Other than that, everything is early stages; but it’s amazing to hear some of the Bay 6 artists getting dark!

DD: Looking away from Calibrate, Bay 6 has now been releasing for over five years, so congratulations on that front! What lessons have you learnt since the label’s inception back then? Would you do anything differently?

EM: Thanks very much! Crazy to think how quick it’s gone…I think the biggest takeaway for me is that although the quality of the music is integral to success, it’s just as important to make connections in the industry. I’ve made some incredible friends by doing this gig and some of the ways we support each other is invaluable, especially when running a label. I’d love to say I wouldn’t do anything differently but I think given a second chance, most people would do a lot of things differently. Music-wise there isn’t anything I wouldn’t sign again, but I do think I’d have spent a bit more time building the profile of the label before launching, perhaps some free downloads, mixes etc.

DD: You’ve also been producing again recently under the new Echo Motion moniker. After a great single for Detached Audio with Karma Kingdom we’re excited to hear more, any word on when that’ll be?

EM: Indeed! Thanks very much! It’s been a gradual start in terms of releases but I can promise there is a LOT more forthcoming! I have a tonne of exciting collabs and some solo releases too. I’m trying my best to finish up a free download or two to say thanks to everyone so far, but officially, I have a track coming out in December on the awesome Complex Records that will be my next release.

EM: Ooh interesting, for sure – these 3 are tracks I’ve been rinsing a lot since they’ve been released:

Absolutely love Bcee’s subtleties at play here, as with everything he does. Stunning remix!

Fairly obvious to pick a Perez tune at the moment, but I do have my reasons! 1984 is to this day one of my favourite albums from Perez, and SWRV just oozes vibes reminiscent of that album. For me at least, anyway!

My. WORD. The energy on this is completely raw! Everything in this just screams excitement at me, from the drums to the bounciness of the bass. Absolutely love this one.

Thanks very much for giving me the time man, it’s been great getting to chat openly about what I’ve got going on. Keep doing what you’re doing with the Dojo!

Calibrate’s first single from Mindloader, Same Mind / You Take Me is out now at digital stores.