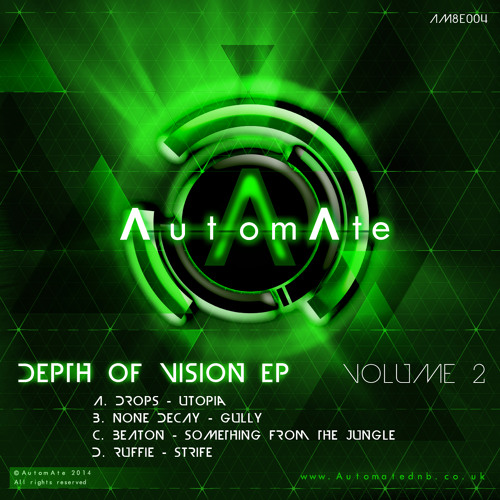 Automate return with the second of their Depth of Vision EP series featuring another four fresh cuts from up and coming producers. D.R.O.P.S. kick things off with the tight, dark and rolling beats of Utopia, while None Decay heads for more tribal territory with the insistent half-time kicks and morphing bass of the appropriately named Gully.

Into the latter half of the EP we’re treated to some crisp drum syncopations on Beaton’s Something From The Jungle, with spooky pads and vocal echoes moving in and out of the mix. The leftfield beat arrangements and some great use of stereo width really make this one! Lastly Ruffie delivers an industrial tinged stomper in the form of Strife, mixing hard kicks and treated snares with haunting, reverb drenched pads.

Check out the clips below and watch out for the EP dropping at all good digital outlets from April 7th.