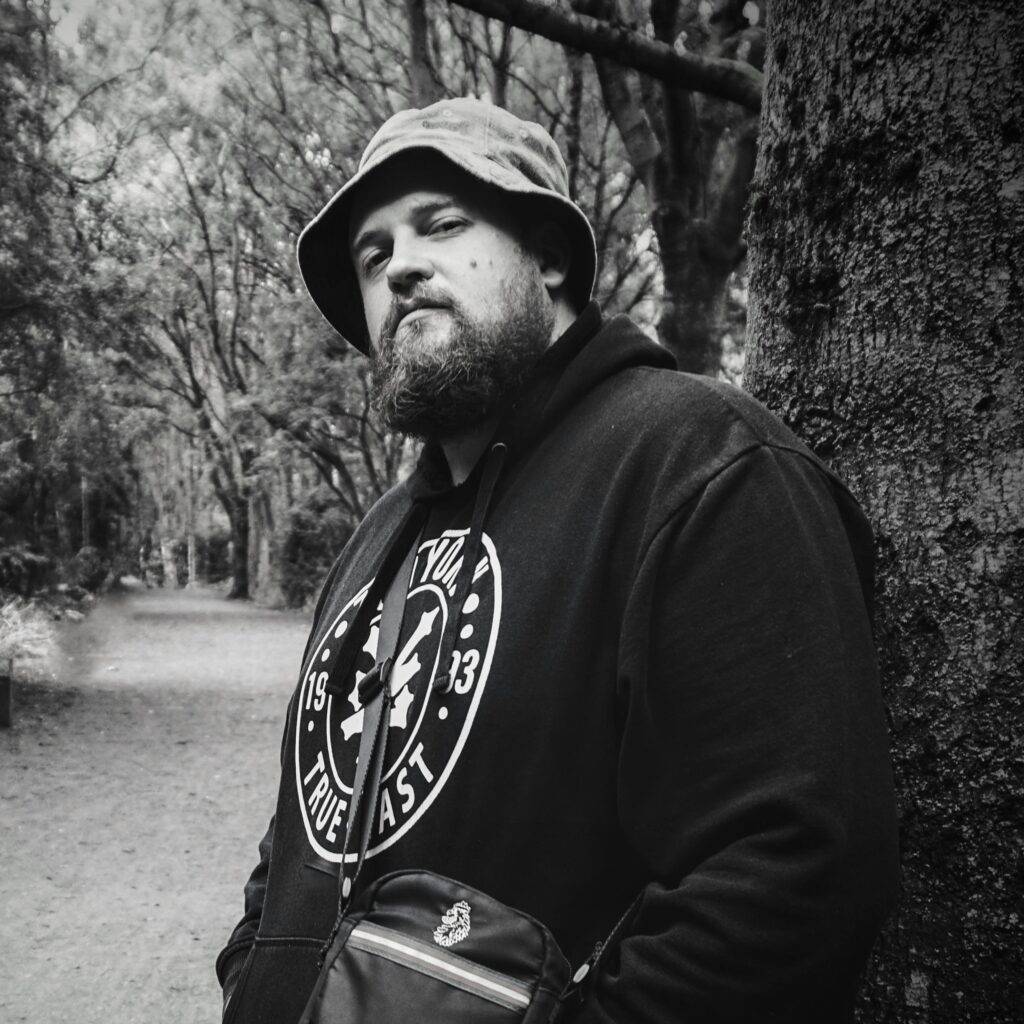 After a break from the scene, Manchester-based producer Colossus is back and firing on all cylinders! He just dropped his debut LP Third Face, and a brand new EP for Bay 6 Recordings, so we thought it was time for a knees-up. Read on for the lowdown on his break and return, track names and upcoming projects…

Colossus: Hey, no worries and yeah I’m doing well thanks! I am just about, I don’t think any of us were really quite prepared for a second lockdown, but I suppose it was inevitable!

DD: You took a few years away from the scene…what prompted that break, and what inspired you to return more recently?

C: I did yes. There were a few different variables involved. A lot of it was due to a lack of balance in my life, around 2016 I think it was I started to drift away from my music and was focusing on my work life. I had been working in a few different clubs in Leeds and I was always surrounded by loud music until the early hours for the majority of each week and when I would get home, listening and creating music was almost the last thing I wanted to be doing with my time off. I kind of fell out of touch with my love of creating and began enjoying music less and less, which is honestly tragic looking back!

In 2018 myself and my team were made unemployed out of the blue, which really sucked at the time, but looking back I am actually very happy it happened now, as I would soon after decide to take the leap and apply for a Master of Arts course in music for media, an avenue that I had always been really passionate about since I was a teen. Naturally my love and musical drive began to accelerate and then half way through my course at the end of 2019 I received my Spotify for Artists yearly summary. It really blew me away how many people were still supporting my music and I felt I owed it to them, if not myself, to pull Colossus back on his feet!

C: A lot has changed since the days of Rush; myself and the rest of the team all focusing on our own careers, with a lot more on our plates than the glory days of 2012-2016. There have certainly been talks now and then about making a revival, it’s just finding the right time and the right team to do so. Who knows, maybe one day…

DD: Your debut album Third Face dropped recently, congrats on that! What was the process of writing the album like?

C: Thank you! So when I started my MA course, I decided that I would add even more pressure and stress onto myself and aim to put together an album of music alongside it, you know as you do. Originally I hadn’t intended it to be a Colossus album, it was going to be a mixed genre album in which I could experiment with styles and such; all of the non-D&B tracks on there got made first. Fast forward to the start of 2020 after my decision to resurrect Colossus, I figured I would slightly rework the album as a Colossus release, including its fair share of Drum and Bass. But what I was still certain about is that I wanted to retain my original plan of having a very varied selection of music as its content, it was never my aim to make a typical Drum and Bass album, experimentation and the idea of not knowing what is coming next was always going to be the selling point in my eyes.

DD: I know naming things is hard, but it seems like the track titles (and the album title) probably hold meaning. Is there any background you’d care to share?

C: So I read this old Japanese proverb somewhere: “The Japanese phrase will tell you that you have three faces, the first one you show to the world, the second you show to your family, and the last you never show to anyone.”

This quote resonated with me, music is one of the most expressive ways to communicate to people, I liked the idea of showing a part of myself through this album that I hope people can communicate with and relate to without even knowing or meeting me, the idea of that is really cool to me. The whole album kind of turned into a metaphor for the revival of Colossus as the musical journey I had embarked on, drawing from various experience along the way. I could waffle on about all the tracks titles for days, but I will leave it to interpretation!

DD: There’s also a fresh Colossus EP coming on Bay 6 very shortly! You provided the label’s very first release and now you return for the 50th one, was that a deliberate move from you and Jack or just fortuitous timing?

C: Yes, the Virtues EP is out 20th of November and I’m so excited and thrilled to be back with a solo release on Jack’s label! Before I decided to make a return to Colossus I had already been made aware of the Bay 6 podcast (which would soon become Think Breaks podcast) that he was doing with Karan of Detached Audio and Dameon and I was a big fan of it. I’ve always loved podcasts and I really liked the chemistry they shared.

I hit Jack up and mentioned that I would love to make a return to Bay 6 and that I would also be very much up for coming on the podcast as a guest, and to my delight Jack and the others were super happy to get me on. So I started working on some music to send Jack around the start of 2020 then after a couple of months me and Dameon aka Enok worked on some music and released our Mythologies Part 1 single with Bay 6, after another couple of months, the guys made me an official host at Think Breaks which I was and am still super honoured about and then a few months after that I had the finals for my EP good to go. And to be honest I think it was by chance that it has ended up being the 50th release, which is pretty nuts!

DD: Last up, what else can we expect from Colossus for the rest of this year, and into 2021? Any projects you’d like to shout about?

C: So I have a track coming up on the next Headsbass release from Beats In Mind (a great mental health charity label), which will be out at some point in December. Myself and Karan aka K2T have a remix coming out on the 4th of December on Calibrate Record’s next VA LP. Jack aka Echo Motion and I have a collaboration coming out an a various artist LP with Celsius, expecting that one to be coming out at some point in 2021.

In January of 2021 I have another EP coming, this time with Soul Deep and that will be featuring Echo Motion and Jess Ratcliffe who worked with me on Black From Blue found on Liquid Drum and Bass 4 Autism’s Redefining the Spectrum LP. I am working on some tracks for a solo project on Melinki’s Four Corners Music which I am super excited about. Expect yet another EP with Bay 6 Recordings in 2021, spring or summer time and finally me and Imprint have been grinding away in the studio for a new project that will hopefully start to surface in the coming months, so keep your eyes and ears peeled! Thanks for the questions, was great to catch up!

The Virtues EP is out now on Bay 6 (previews below). You can grab the Third Face LP now too via Bandcamp.