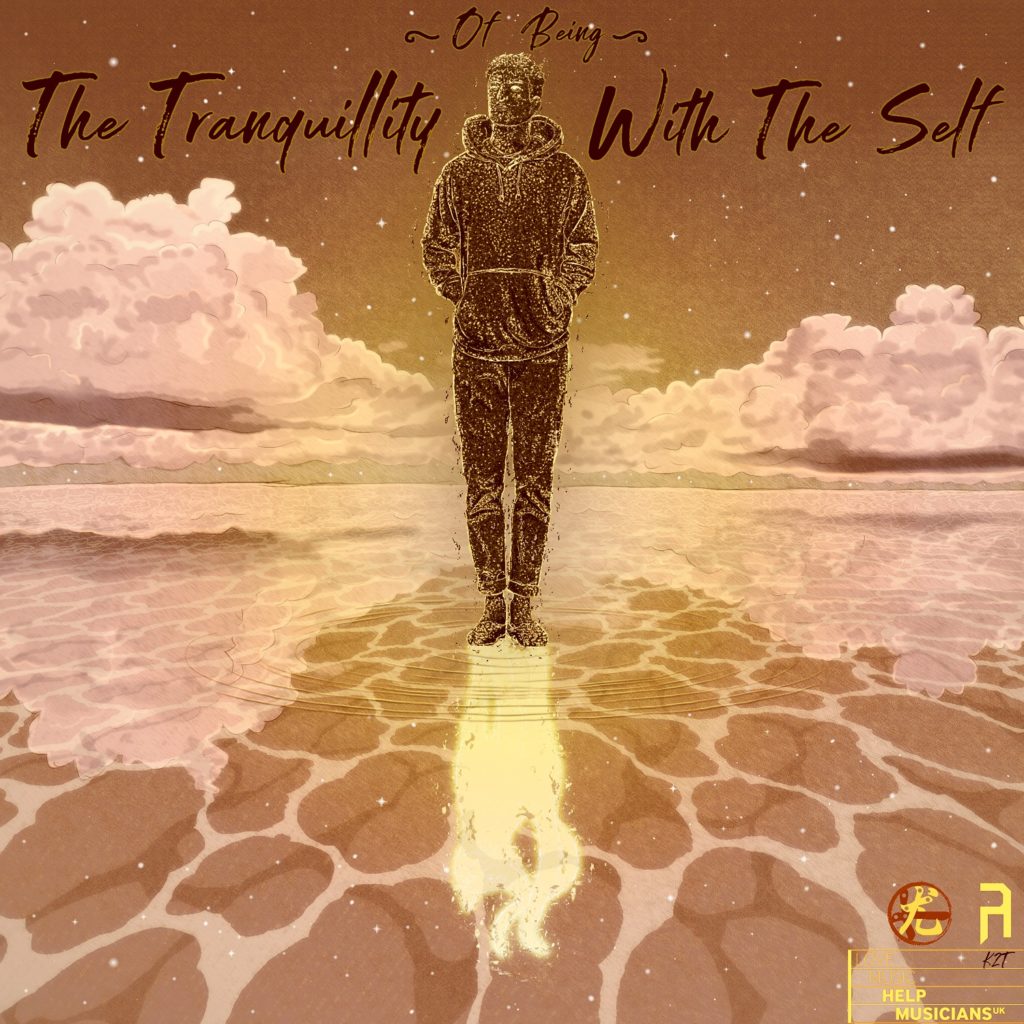 Regular readers will know we’re big fans of K2T here at DNB Dojo. As co-manager of Detached Audio he’s been a reliable A&R presence, bringing a slew of varied releases from up and coming names to our collective ears, and he’s an accomplished producer in his own right with a gift for soulful liquid rollers with an old school percussive flavour. As he gears up to drop his debut LP The Tranquillity of Being With The Self, we grabbed him for a chat about album flows, mental health and downtempo influences…plus we’ve got the premiere of the title track! Check it out…

DNB Dojo: Hi Karan, how are you? Where in the world are you today, and what have you been up to?

K2T: Hi Henry, great to speak to you! I’m well thank you! I’m in my home in Hayes, West London and have been busy organising releases for what is set to be a great year on Detached Audio.

DD: So you’ve completed your debut album, congratulations! Tell us a little about the title, and the theme behind the music.

K: Thank you very much, very glad to have completed it! The album is called The Tranquillity of Being With the Self and in certain regards, it’s related to me. My K2T alias was born out of an emotional breakdown I had after being fairly depressed through a tough time in my life a few years ago. I wanted to make a debut album which people could listen to as a source of comfort. I’m an avid believer that finding comfort in who you are as a person is both a calming thing and a hugely important thing we sometimes overlook, hence the title.

K: I think the conversation is improving but is also not quite where it should be in the day and age we live in. As a man I can say that especially amongst men my age (25 if you’re wondering), there’s still very much the stigma such that if you’re not okay, it means you’re weak, and I wholeheartedly disagree with that. As mentioned before, the album is meant to be a source of comfort for a person, which to me would be the first step to having these conversations; I certainly would not have had the confidence to say that K2T was born out of an emotional breakdown so publicly if that comfort within myself was not there at first.

DD: The LP has a really nice flow to it…how did you go about choosing the sequence of tracks?

K: The album has two interludes, Where Has The Time Gone? which is a funky hip hop track, as well as Before Completion with Sirus, which is a much more sombre jazz piece. I initially set out to have those two tracks to split the album into thirds, from which I categorised tunes with similar vibes. A Carousel in My Mind with Sahara, Elder Spirit and Where Has The Time Gone? all have this lofi aesthetic which I felt lended itself well in the first half of the album, whereas tracks like The Wrong Room, Peregrination and Moments Fly Past My Window with D Flect all have a deeper vibe with emphasis on piano, thus lending itself well to the second half of the album.

DD: Delving a little more into that album writing process, how does it differ from writing singles or EPs? Did you write a lot of tracks that never made the cut for the LP?

K: Surprisingly, I’ve come to learn that the writing process for albums is something I enjoy much more than EPs and singles. I think this comes from the fact that I’m a big advocate of trying different styles of music and an album really allows that creative freedom to experiment and push my sound as far as it can go. I’m not particularly someone who tends to make a lot of tracks for a project that don’t make the cut. With this LP I knew exactly what styles and ideas I wanted to work with, actually making the tracks and not getting frustrated by mixdowns was the real struggle!

DD: We’ve seen from all your previous releases that you like to collaborate, and this album is no different. How do you balance that collaborative creativity with your vision for an album?

K: The collaborators I chose are all people who are dear friends of mine who are on the same musical wavelength as me. Sahara and I went to school together and have always shared similar tastes. Manu is of course my partner at Detached Audio and so we share the same vision for the label. D Flect and I have similar mindsets in how we make music, and Sirus is someone who I’ve always found it very easy to collaborate with due to his gravitation for unusual sounds. I mentioned to all the artists involved what the album means to me and what ideas I would like for them to throw into the mix, which they followed very respectfully. I’m usually not as strict with collabs, allowing the collaborator to do what feels right but here I had quite a firm vision of where I wanted the tracks to go.

DD: The album also sees you branching out from D&B into lower tempos, exploring downtempo and hip-hop-esque beats. How does the process of making that music compare to writing D&B? Will you be writing more music at different tempos in the future?

K: As someone who predominantly uses samples, my workflow didn’t change too much when writing music outside of D&B, whether it be hip hop or deep house. It actually felt quite refreshing to write at different tempos as it was a way I could challenge myself in ways I don’t usually. I’m a big advocate of trying different styles of music; in fact the first piece of music I ever made was a deep house remix of Titans by Blu Mar Ten (which if you search hard enough online, you’ll find!) Also, I’ve recently just finished a remix for Karma Kingdom on Bay 6 Recordings which isn’t D&B, so you can always expect different styles of music from me!

DD: So you’re finished the album…what’s next, other than perhaps a small breather?

K: I wish I could say I had a breather haha! I’ve been very bad in the sense that I’ve taken on too many projects that I have yet to finish, this includes a collab with you actually Henry! I’m just trying to clear those projects, but I can reveal that I’ve been working on music with Kinaes, Dan Guidance, D Flect & Arcus, as well as doing a number of projects for some very well respected labels that I can’t wait to work with properly.

DD: Last but not least, give us the three pieces of music outside of D&B that most influenced this album.

A few months ago, I discovered Lone’s music and this tune in particular struck a chord with me due to the fact that the sound palette and style of the tune had a lot of similarities with the way I would often construct tunes. I just love the bells in this effortlessly carrying the track forward.

I’m a big fan of KOAN Sound, this track in particular hits so many good spots. I just love how this is arranged, it may be seven and a half minutes but there are constantly new ideas added in the track to keep the arrangement interesting, it’s something I always try to aim for in all my tracks.

Ekcle’s Yoja EP from 2019 was probably my favourite EP of the year. While Crafted in Ice from that EP is my favourite tune of the year, Moonstone in particular is inspiring because of how the lead hook sits so perfectly – it’s a really good example of fusion between light and darkness. I especially love how as the track carries on, it almost evolves into a completely different track, it’s hugely inspiring and again makes the music that much more exciting to listen to.

K2T’s debut album The Tranquillity of Being With The Self drops Mar 13th on Detached Audio. Hit up their Bandcamp for pre-orders right now!