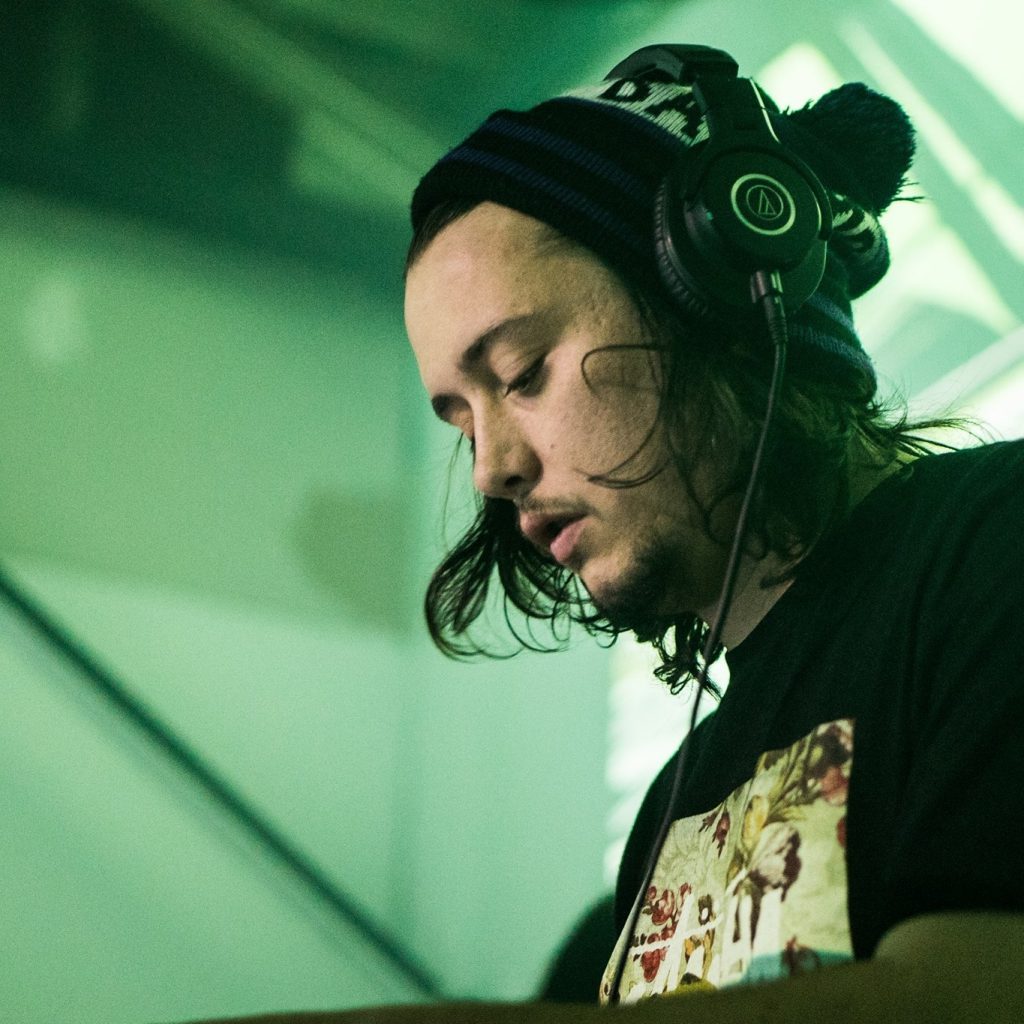 BRKCHK is an artist that first came to our ears via an excellent release for Quentin Hiatus’ Free Love Digi imprint, and the same emotional resonance which made that EP so special is more than evident on his latest release for his own Multilux imprint. Following on from our last chat back in 2014, we caught up with Jacob to find out about the story of long lost EP God’s Not Listening, the meaning in his music and the state of D&B in 2017. Check it out!

DNB Dojo: Hi Jacob, thanks for chatting with us today. Where are you right now and what have you been up to today?

BRKCHK: No problem man, thanks for taking the time to ask me some questions! I’m currently at my house on the north side of Houston Texas, been doing some “studio logistics” today; rewiring and midi mapping stuff, and I bought hella dog food earlier. So it’s been…eventful. Hahaha!

DD: So you’ve just dropped a new EP (almost a mini album) called God’s Not Listening. Can you tell us where the title comes from?

B: For sure man, it’s funny, I knew I was gonna piss off a lot of people I know with that title but I didn’t want to change it after all this time. The price you pay y’know? But the title to me, means a few different things. The name itself was intended to instil a sense of loneliness or despair, which is much of what I was feeling during the course of making this record because I was going through the process of losing my religion. Back in 2012/2013 I lost three beautiful people I was lucky to call friends of mine and it got pretty overwhelming; you know in times like that, many things get put into perspective and a lot of times, religion doesn’t fix the problems that come up as a result. At least that was the realisation I came to.

But this record helped me cope with the pain of loss, which was always something I had heard about but never experienced. It’s cool, because given all that, the record has taken on a kind-of “second meaning” to me in that this record assisted me when my idea of God didn’t…something that came from within myself comforted me, I didn’t need to ask God for it. It’s a pretty crazy thing for me to think about.

DD: I understand the album was lost for several years and recently recovered from an old hard drive. How did it feel to hear the music again and to be able to release it after thinking it was lost forever?

B: Getting the album back from my parents, which was tough considering we haven’t spoken in two or so years, was one of the happier moments I can remember in recent history. Every day I didn’t have it, I thought about it, and in a way that only an artist who has forever lost something very important they created can understand. To have that burden lifted off of me was a huge relief, but when I listened to the record for the first time, it messed me up. This album was very emotionally tied to a particularly dark time in my life and hearing the tracks again kind of, well, brought it all back in a way. Music tends to do that, being as powerful as it is, but after a few listens the weird nostalgia and sadness I was feeling turned to calm reminiscence, and I knew this album had to go out.

DD: The tracks here are clearly very personal to you; there’s a lot of raw emotion in the music but without lyrics it’s hard to tell what the underlying meaning is. Would you like to tell any of the stories behind the tracks, or do you prefer to keep things mysterious and let the listeners imagine their own meanings?

B: I don’t want to give too much away, but I can tell you at least one story, given how tied this record is to my life and my own direct experiences. One day I was at work and got an urgent phone call that one of my close family members was rushed to the hospital because he was depressed, and they were concerned for reasons I won’t list here. I drove at what seemed like double the speed limit to be by his side and to tell him I loved him, and he was okay, but just seeing my family in that state fucked me up pretty bad.

That night, a girl I was seeing at the time (who I’m still with to this day) came to my place and talked me through everything. We were in a parking lot in my old Chevrolet Cobalt talking so long, we got to catch the sunrise together. Naturally, since I had been up all night, I called my boss and told him why I couldn’t make it in to work that day, and I was brutally honest about the circumstances. He still fired me. I went to my room, locked the door, and made track 4 – Tarmac Sunrise. It’s a sombre, yet hopeful reminder that life may seem hard, but there’s always a bit of a silver lining.

B: I’ll give you this: If you guys are familiar with my EP I did last year with Amathyst entitled Devils, I’ve been making a lot of material along that thread. It’s been very interesting I’ll say, and it’s been a blast testing out new sounds and production techniques in order to make those tracks work. I feel like that particular sound is super satisfying to me because I get to combine knowledge from my hip-hop production background, and mesh it with my drum and bass background to come up with something entirely new and different.

DD: So moving away from the album, what have you got planned for the next few months for BRKCHK and for Multilux?

B: For BRKCHK, I have a lot of collaborative music projects going on right now between myself and a few artists that I respect greatly, as well as some of my own material that I’ve been working on between the gaps in that. So be expecting more music this year! As for Multilux, 2017 is a very big year for us to establish ourselves in our home city and to get our platform ready for future growth. We’ve had a great start, so now we build. There’s a LOT that that entails, but most of that information we’re keeping private until the time is right.

B: D&B is doing incredibly well right now. It’s seriously impossible these days not to stumble across stellar D&B productions from guys/girls you’ve never even heard of before and that’s a really really cool dynamic to have, even to someone like me who’s been doing this for years and years. I feel like that’s a pretty common trend in most genres right now, and I can’t help but get excited about it. To me, progression in music is a sign of growth and maturity, although I know a lot of people who would probably disagree with me on that.

DD: Last up, who should our readers be keeping an eye on this year?

B: Keep an eye on Houston. Trust me when I say what we have going on down here is extremely exciting, and I’ve been making music in this city for 13 years now. The energy down here is really contagious and we’re very excited to see where that leads for the music culture of our city.

God’s Not Listening is out now at all good digital stores.