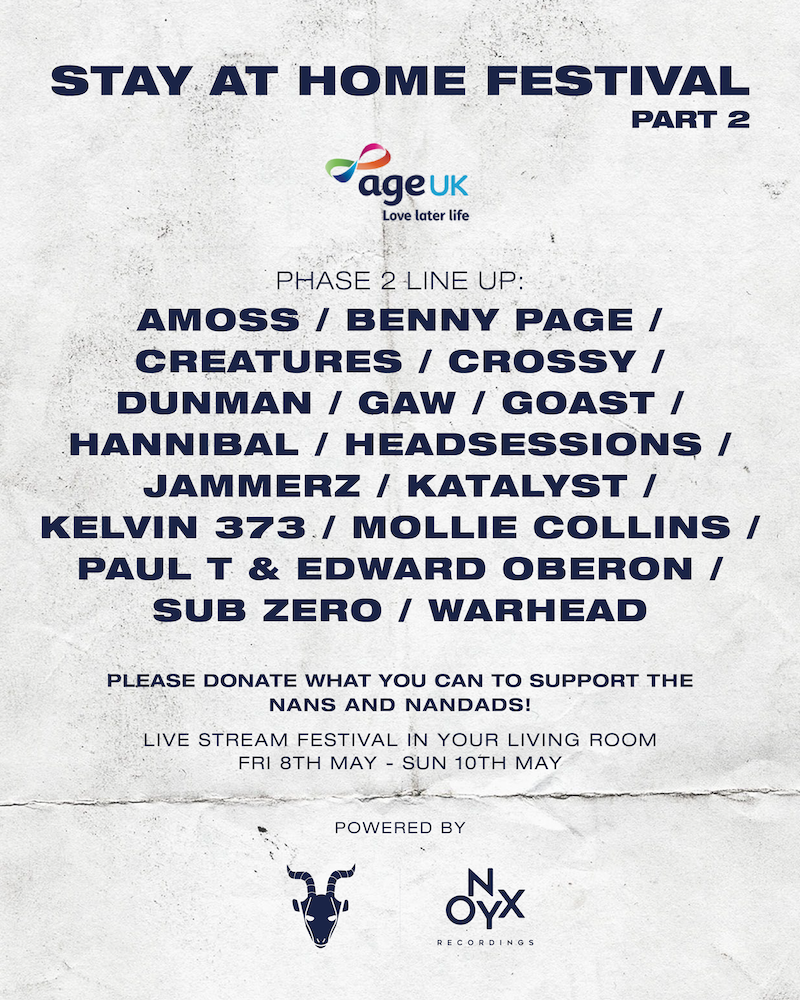 Amongst the thousands of bedroom livestreams currently flooding Twitch, Facebook and all the other platforms, the recent Stay At Home festival raised the bar significantly with a massive lineup of tasty D&B. Part 1 raised a whopping £18K for the NHS to help battle the Covid-19 epidemic. Now Goat Shed & Onyx Recordings are back with Part 2 featuring the likes of Amoss, Kelvin 373, Paul T & Oberon and many more, raising money for Age UK. Check out the full lineup above and hit up this link for all the details. Streams will be live from 10am on Friday 8th May until 2am on Monday May 11th. 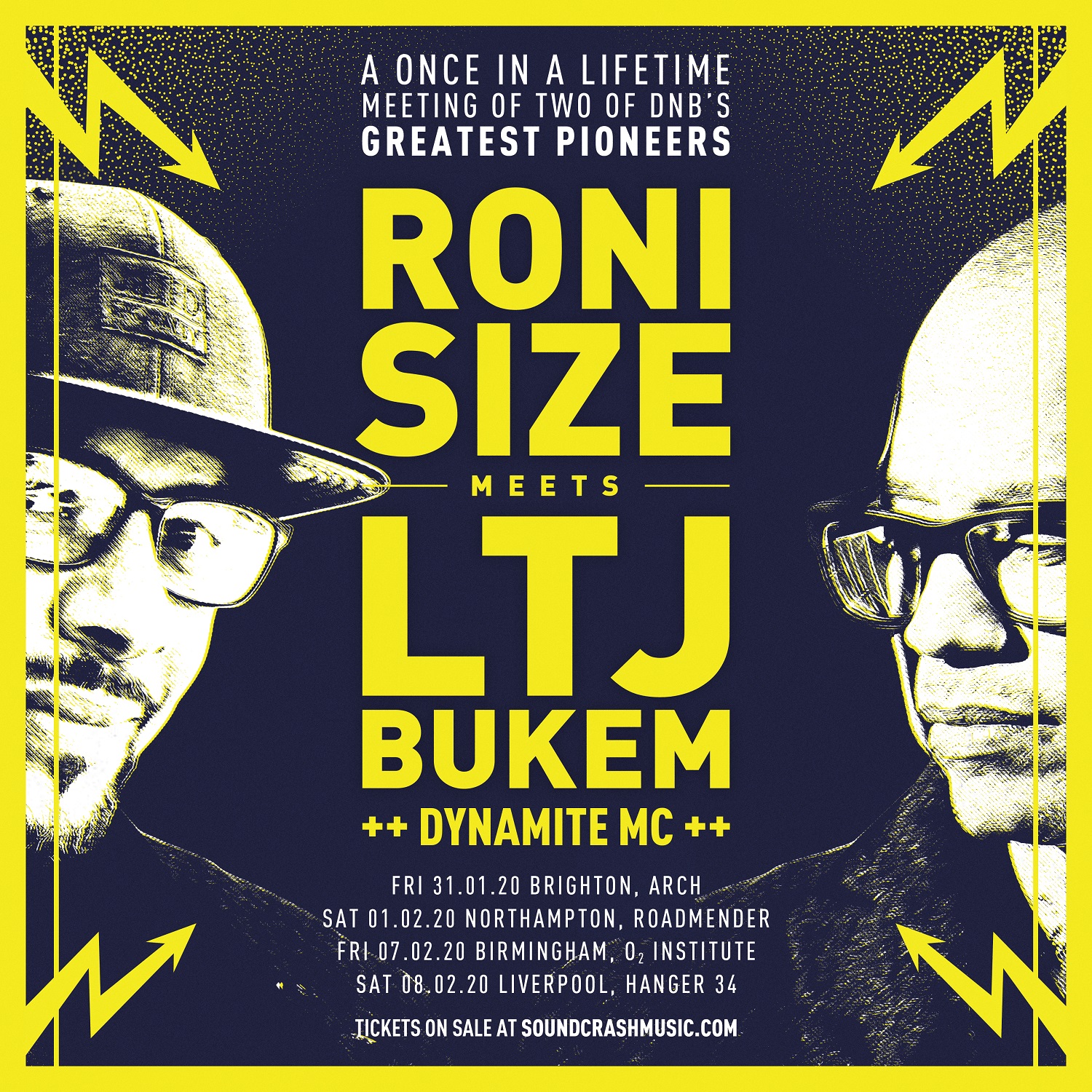 Competition time! We’ve got two tickets to give away to a lucky winner for a date of their choice on next years Roni Size x LTJ Bukem tour! Hitting Brighton, Northampton, Birmingham & Liverpool this is a once in a lifetime meeting of two bone fide D&B legends.

To be in with a chance of winning, like and share this Facebook post (making sure to do it publicly so we can see) and send an email with your name and preferred event location to competitions@dnbdojo.co.uk. Winner will be announced on Sep 27th!

And if you want some more info on the event, check out the press release below…

END_OF_DOCUMENT_TOKEN_TO_BE_REPLACED 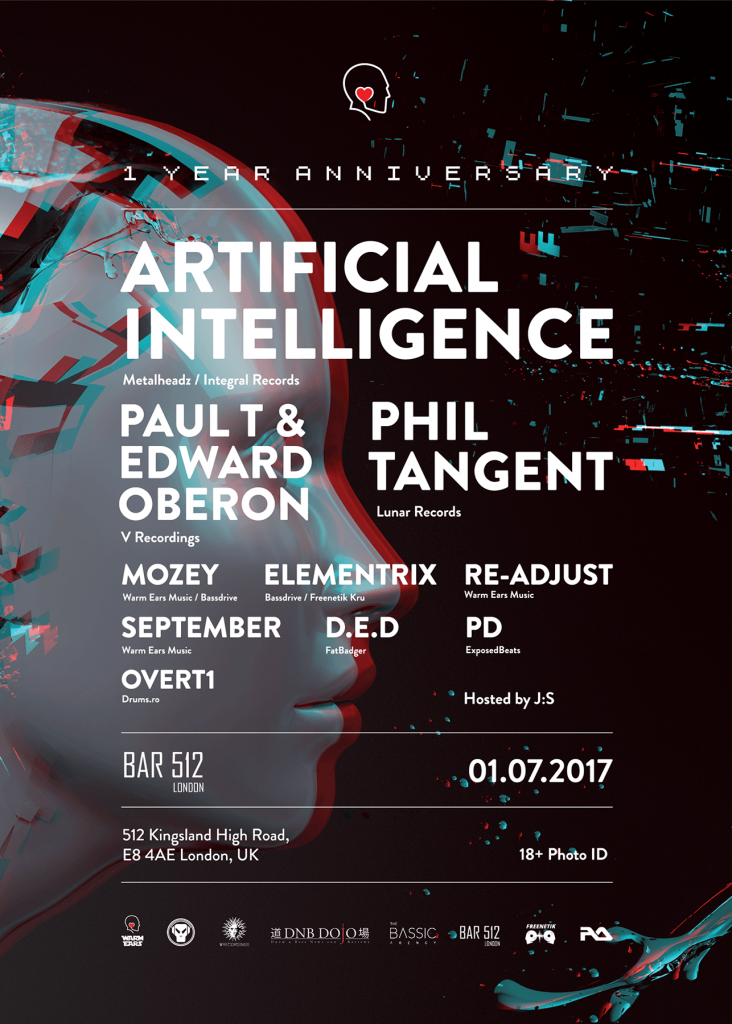 Warm Ears return to London’s Bar 512 on July 1st with the mighty Artificial Intelligence headlining what is sure to be another great night, and we’ve got two tickets to give away to one lucky winner! To be in with a chance of winning all you have to do is like the DNB Dojo Facebook page, like the Warm Ears Facebook page and send an email to competitions@dnbdojo.co.uk with your name and the subject line “Warm Ears Competition”. We’ll draw the winner on Sat Jun 24th – good luck!

END_OF_DOCUMENT_TOKEN_TO_BE_REPLACED

Spearhead Records hit Leeds later this month with label boss BCee joined by labelmates Hybrid Minds and Villem & McLeod, and we’ve got two tickets to give away to one lucky winner! To be in with a chance of winning all you have to do is like the DNB Dojo Facebook page and send an email to competitions@dnbdojo.co.uk with your name and the subject line “Spearhead Records Competition”. We’ll draw the winner on Thursday Nov 24th – good luck!

END_OF_DOCUMENT_TOKEN_TO_BE_REPLACED 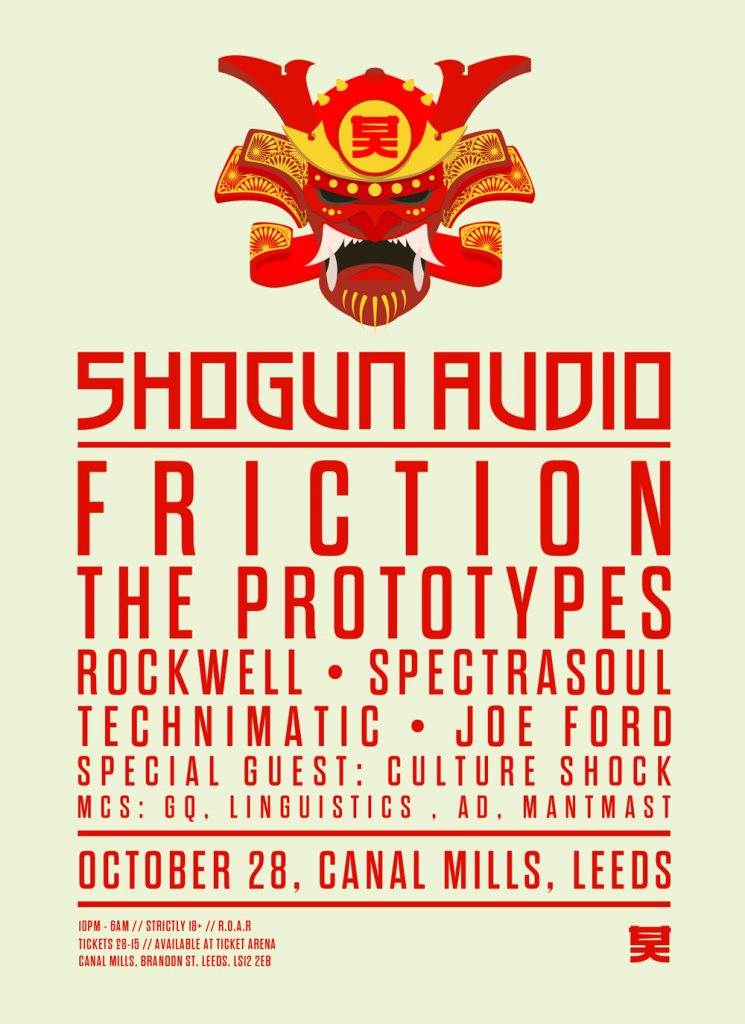 Shogun Audio hit Leeds later this month with a huge lineup of label favourites and special guest Culture Shock, and we’ve got two tickets to give away! To be in with a chance of winning all you have to do is like the DNB Dojo Facebook page and send an email to competitions@dnbdojo.co.uk with your name and the subject line “Shogun Audio Competition”. We’ll draw the winner on Thursday Oct 27th – good luck!

END_OF_DOCUMENT_TOKEN_TO_BE_REPLACED

The second round of Outlook lineup additions have just dropped, and the festival continue to up their game with a slew of great bookings. Shy FX, Congo Natty, Dub Phizix, My Nu Leng and Icicle (performing his Entropy Live show) join an already healthy initial lineup of D&B alongside tons more artists representing House, Grime, Dub, Hip-hop and more.

Tickets are selling fast so check out the official lineup announcement video below and head over here to pick up tickets while you still can!

Icicle is teaming up with Skittles to take a new project on the road called Entropy Live which promises to be something a bit different from the average DJ set. The man himself describes it as follows:

Entropy Live is based on hardware, controllers, live synthesis, sequencing and analogue mixing. There is no digital audio workstation involved and I cannot simply press play and take a step back. Sonically the show is a re-imagining of my album Entropy with some additional music from my earlier career and live improvisations. I think this show is about technical excellence as much as it is about depth, and Skittles is the embodiment of that sentiment holding a microphone.

Check out a teaser for the tour below and hit up Icicle’s website for tour dates across Europe over the next few months.

Good news for fans of the experimental 170 sound in our nation’s capital – Ivy Lab are starting up their own club night! Entitled 20/20 LDN, the new night aims to showcase “the emerging  landscape of fusions between Drum and Bass, Hip Hop, Footwork, and Future-Soul”. Not a bad aim methinks.

The first event on June 11th will feature sets from Om Unit, Hannah Faith and Deft (with support from Ivy Lab themselves). To celebrate, the team are giving away a series of free bootlegs, the first of which you can hear below as Sabre gives Jeru Da Damaja’s Come Clean a gritty halftime refix. Head over to the 20/20 LDN Facebook page for a free download of the track and check out the full event details here. 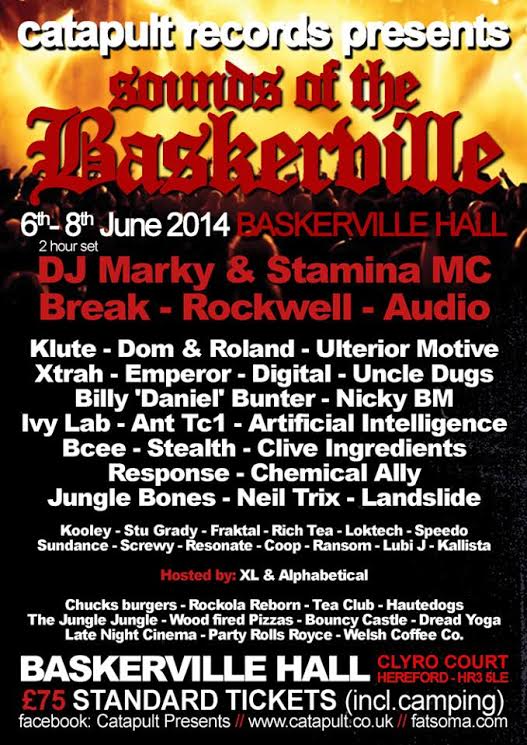