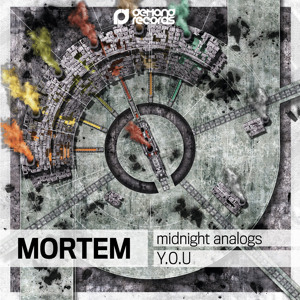 Demand Records kick off their 2015 release schedule with a brand new single from Polish producer Mortem. Midnight Analogs takes center stage, blending techno style analogue synth lines with a soulful vocal snippet, crisp breaks and bass with a nice edge down into a tune that refuses to be pigeon-holed into a standard category. Liquid with teeth? Tech with soul? You decide.

Y.O.U on the flip takes things in a similar direction, with squelching, modulated bass grooves layered under a crisp break and some lovely atmospherics. Check out the tracks below and look out for this dropping from January 12th.

Dabs steps up with some seriously deep beats for his latest release on Horizons. Skull & Bones combines a creepy rasta vocal from MC Kwality with intricate, tribal percussion and what sounds like a sitar sample to create a creepy, cinematic vibe that could just as easily be used to soundtrack a ritualistic movie scene as to large up the dance.

Over on the flip Hourglass changes it up, teaming up with Mortem and keeping the beat rolling but muted on more of a deep liquid tip. Harmonic chimes sit delicately in the mix alongside soulful echo’d vocals and an insistent bass growl that gives the tune teeth without overpowering it.

Grab this now on advance white label from the Horizons shop and look out for the full digital/vinyl release later in the month.

French label IM:Ltd have been going from strength to strength recently and their latest EP Junction 12 is no exception. Due at the end of the month, it showcases the sort of depth and versatility we’ve come to expect from the label, from dark steppers like Kantyze’s Tough Breaker and Quartz’ Armour King to slightly more leftfield vibes like Es.tereo’s autonomic-esque title track.

Check out the tracks below and watch out for this one dropping January 28th!