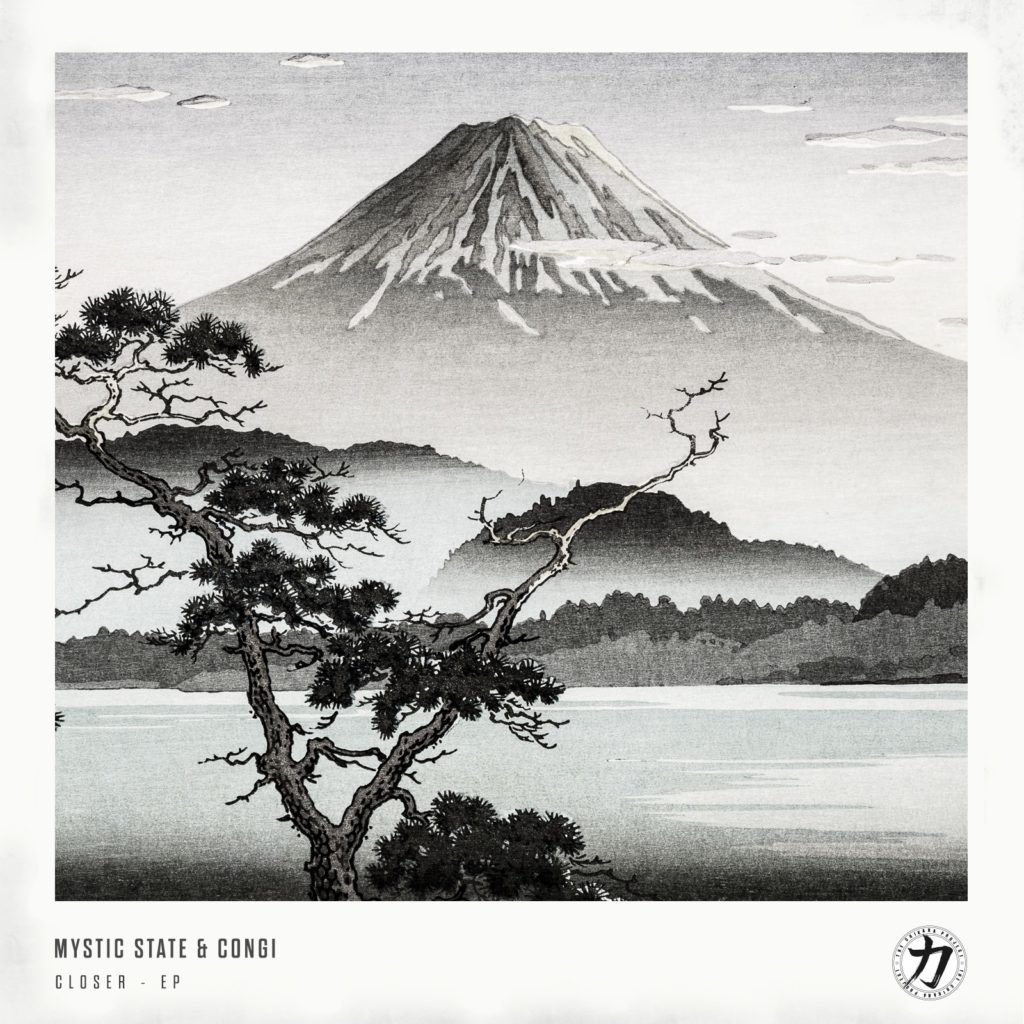 Mystic State return after a brief hiatus with the latest on their Chikara Project imprint and this time they’ve got Nottingham production duo Congi in for a collab. Closer harnesses the spirit of autonomic for a sparse, detailed slice of halftime experimentalism, with ghostly R&B vocals echoing across the mix for good measure. Lessons in depth…check it out and grab the full EP from Bandcamp right now!

END_OF_DOCUMENT_TOKEN_TO_BE_REPLACED 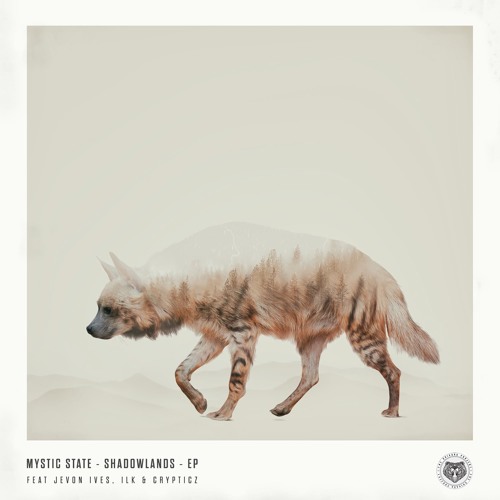 Crypticz returns to the Dojo premiere spotlight on today’s exclusive as he serves up a typically crisp and atmospheric remix for the new Mystic State EP on their label The Chikara Project. Keeping the vibes dubbed out and adding a hint of jungle skitter to the drums, this one goes deep…look for the full EP coming May 1st via Bandcamp.

END_OF_DOCUMENT_TOKEN_TO_BE_REPLACED 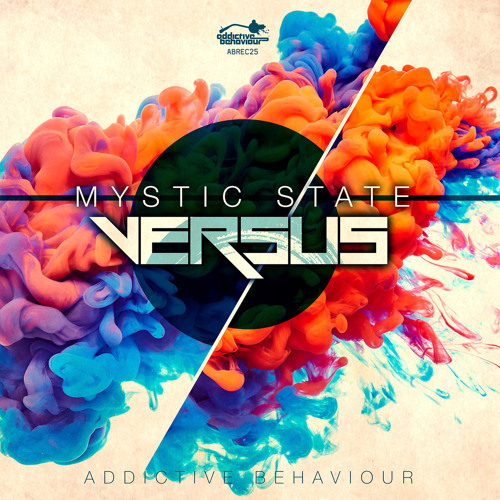 Mystic State drop a cracking collab album on Addictive Behaviour later this month and we’re incredibly pleased to bring you a premiere from the Versus LP! Previous Third Degree collab Under The Shadow gets the VIP treatment, with the original’s stepping drums swapped out for a swaggering halftime groove that still fits perfectly with the memorable bassline riffage of the original. Sick! Look out for this alongside new beats made alongside Philth, Xanadu, Data 3 and many more…trust us, this one is dangerous. The album drops Dec 18th at the usual digital outlets.

END_OF_DOCUMENT_TOKEN_TO_BE_REPLACED 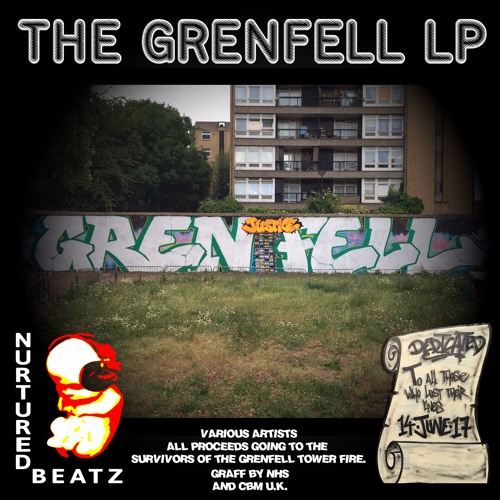 Watching the drum & bass community come together in the face of tragedy and adversity is one of the most heartwarming aspects of being involved in this scene. Whether it’s specific, personal responses like those to the deaths of scene legends like Marcus Intalex, or wider campaigns like Drum & Bass Against Racism, a huge number of figures in the scene are always pushing to make our world a better place, one beat at a time.

On that very tip, our pals at Nurtured Beatz couldn’t simply sit by and watch as survivors of the Grenfell tower disaster were left high and dry by their local authority, so the label bosses responded with what they do best; a charity LP featuring no less than 18 tracks by a cracking selection of underground producers. Label regulars like Kalm & Spindall, Genotype, Interline and Kolectiv bring some gully business to the table alongside other producers like Mitekiss, DBR UK and Mystic State, and there’s even space for hip-hop from Django Mancub and the legendary Chester P, plus an accoustic swansong from Blake Bastion.

We’d be recommending this album even if it weren’t for such a good cause, but given that it is also providing support for people who desperately need it this is a must buy. Hit up the Nurtured Beatz Bandcamp to grab a copy now. 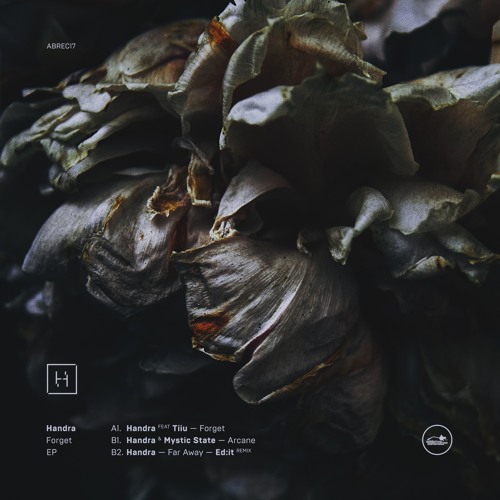 Regular readers are probably already aware that we’re big fans of Addictive Behaviour; pretty much every release from the burgeoning London label has been a treat, and that tradition looks set to continue for some time based on their latest offering.

The Forget EP sees Polish duo Handra follow up the success of their previous releases for the label with two new tracks following their usual deep-leaning style. Forget kicks things off with another beautiful Tiiu-voxed roller, bringing together tough bass with soft piano and the Russian singer’s delightfully delicate strains. We’re suckers for a melancholy number here at Dojo HQ and this is up there with the best of them.

Arcane sees the energy levels rising as Mystic State join Handra in the studio for a gritty, vibe-full roller; simple but effective business as big splashy snares punctuate the growling bass under a layer of echoed rap vocals. Finally Ed:it rounds things off with a chunky remix of Far Away, swapping the deep halftime flex of the original with quirky but rolling drums and a more stripped back sound.

Once again the Addictive family are on top form! Check out the clips below and look for this on vinyl and digital right now…and if you can’t get enough Handra, go listen to their Showcase Mix for D&B Arena. 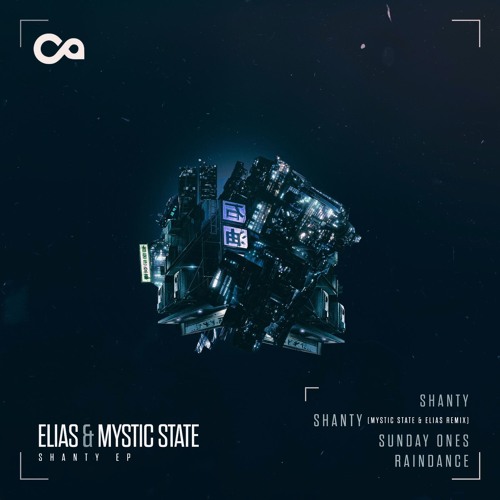 Portsmouth imprint Context Audio are back with their third release and this time it’s Dojo favourites Mystic State on production duties alongside relative newcomer Elias Traynor. His title track Shanty kicks things off with a lovely halftime number full of the influence of leftfield downtempo electronica, which proves ripe for the remix on Mystic State & Elias’s more rolling switchup straight after.

It’s back to the halftime on the sultry autonomic vibes of the appropriately laid-back Sunday Ones, leaving Mystic State to close out the EP with the typically moody and detailed Raindance. Stylistically this EP isn’t perhaps pushing the envelope but the crispness of the drums and the lush sonic details really make it shine, as do the little hints of influence from music slightly outside the usual D&B sphere. Check out the clips below and hit up your favourite outlet to grab the EP right now! 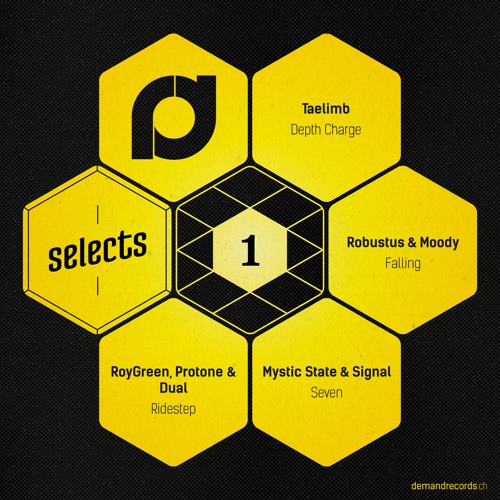 Following a quiet few months, Swiss label Demand Records are back with the first volume of a new EP series entitled Demand Selects. The series aims to showcase new talent and Demand veterans alike, and judging by this debut instalment we’re due for some sonic treats over the coming year!

Taelimb kicks things off with the stripped back, ominous halfstep vibes of Depth Charge, while Bulgarian producers Robustus & Moody switch gears with an understated liquid roller on Falling. Bristol’s Mystic State team up with Dutch wunderkind and Critical signing Signal for the driving, atmospheric delights of Seven, and last but not least Austria’s RoyGreen & Protone team up with Dual for the crisp and playful Ridestep.

Tons to enjoy here with producers from all over Europe stepping up to represent the Demand sound. Check out the clips below and hit up Beatport to grab a copy right now. 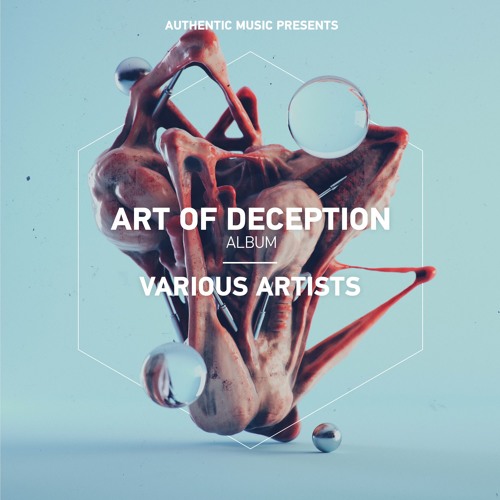 Authentic Music are now well and truly back; after a lengthy hiatus from releasing music and a couple of retrospective EP releases, the Czech label returns proper this month with a various artists LP in the form of Art of Deception.

It’s worth noting at this point that I’m not a big fan of compilation LPs. Certain labels have taken in recent years to releasing ever bigger and bigger albums packed with twenty, thirty or even forty tunes loosely bound by rough subgenre and largely lacking in vision or purpose; sure, there are often some good tracks to be found, but who wants to listen through dozens of beats to find the gems? Quality before quantity should be the maxim, but more and more in this ADHD digital age that maxim is being ignored.

Enter Authentic Music, a label that has always striven to provide that all important quality. In the three and a half years of its existence, the imprint has moved slowly but steadily, releasing only tracks which pass the tests of both production sheen and innovation, and thankfully that ethos hasn’t changed for their latest outing.

The slightly old school approach shines through in the release of samplers, a-la vinyl LPs of yesteryear; there might not be wax in the offing, but a handful of tracks have been selected from the main body to lead the pack, and in that fine tradition of samplers they feature some of the LP’s strongest material, with remixes from A-Cray and ArpXP sitting alongside originals from Revaux and Kusp.

Tone-wise most of the album holds true to the Authentic aesthetic; techy vibes fit for the dancefloor but featuring strong sound design and enough of an experimental edge not to be forgettable club fodder. There are some surprises to be found too such as Revaux’s uplifting remix of Mr. Magician and the playful rolling melodies of Dephzac’s sublime Sum Is Wrong.

I could spend time picking out favourites from the selection but with the quality so high you’re better off just listening for yourself. Wicked vibes through and through; hit up Beatport to grab the lot right now. 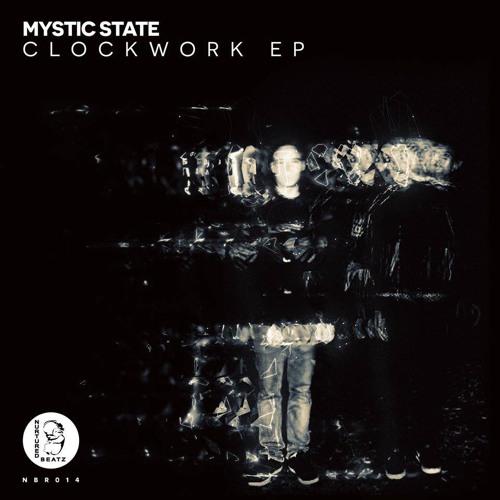 We picked out Mystic State earlier this year as one of our top 5 to watch, and their latest EP for Nurtured Beatz adds another solid release to their already impressive catalogue. If you like your beats deep, moody and groove focussed then this one should hit the spot nicely!

The second half of the EP ups the ante with full-roll collaborations with Howz & D-Side; the murky aesthetic is still present and the style remains stripped back, but the sludgy halfstep beats are swapped out for a crisp, insistent 2-step. The Room 2 heads will definitely be feeling these!

As usual you can pick up the whole EP direct from Nurtured Beatz via Bandcamp at a reduced price, or grab them from all the usual digital stores. Check out the clips below and go cop the release right now!