With the label celebrating it’s 25th release we thought it was high time we caught up with E-Motion head honcho Slime for a wee chat. He’s also been kind enough to record an exclusive mix for DnB Dojo which you can find at the bottom, so read on for thoughts and beats aplenty!

DnB Dojo: E-Motion has now been running for nearly 3 years and has reached its 25th release, no mean feat! What do you think the label’s biggest achievement has been so far?

Slime: I think for some it would signing that one big artist or successfully running their own label night, but for me it’s just simply getting support from some of the biggest players in the scene. It seems like I spend most my life downloading and listening to drum and bass mixes and when I hear someone, especially someone who’s considered a veteran within the scene playing our tracks, it certainly puts a smile on my face.

DD: Some of the label’s recent releases have come from as far afield as Brazil, Israel and the USA. Was there a deliberate decision to try and seek out tunes from further afield or is it just a case of being sent great tunes?

S: No, as you say it’s just luck of the draw to have worldwide artists sending me demos. I think it’s great that drum and bass spans right across the world and I am more than happy to release tracks regardless of where they are from. If someone from, let’s say Uranus sent me a demo and I liked it, I would sign that too!

DD: Cruel question though this might be, what’s your favourite tune from the E-Motion catalogue so far? I keep going back to Lisp – Kimura, love that tune!

S: Erm well that is a hard one. Obviously I like every tune we have put on, but one that stands out for me, as it does for a lot of our fans, is Colossus – Under The Weather. That’s a definite firm favourite and even though it was our second release I still draw for it to this day!

DD: So far the label’s output has been digital only, do you have any plans to put out physical releases?

S: I think as a digital label the dream of going vinyl is always there. I have been very close to putting out a couple of our releases on vinyl but have been advised otherwise by more established friends within the scene. It’s still early days though, so who knows what the future will bring!

S: As it stands we are just going with the flow and will be continuing to do what we have been for the last 25 releases. I have wicked demos land in my inbox on a weekly basis so we are not short for releases. We have forthcoming bits from Zere, Jam Thieves, Vigorous & DMT to name a few, so there’s no doubt we will be keeping busy right into 2015.

E-Motion’s latest single from US producer Zere is out now at all good digital stores! Check out Slime’s guest mix below and grab yourself a free download from Dropbox. 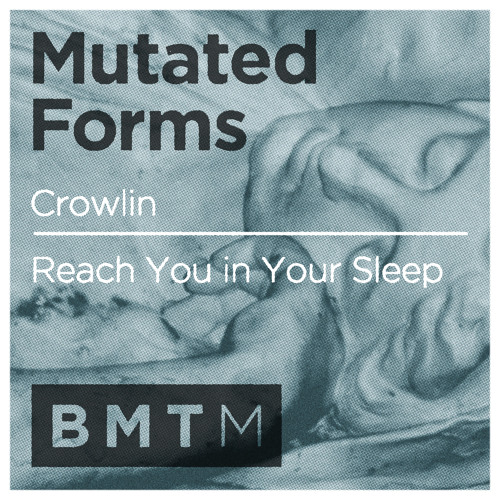 Blu Mar Ten music return with the long sought after Crowlin from Mutated Forms. For many this one will need no introduction but for those who haven’t heard it, it’s a nice mix of soulful pads, deep vocals and healthy bass growl over a tight, stepper’s beat.

Over on the flip Reach You In Your Sleep heads for more experimental territory with scattershot rhythms and a hip-hop infused half-time beat taking centre stage over some nice scratch-style vocal cuts and deep sub action. Watch out for this one dropping from March 3rd. 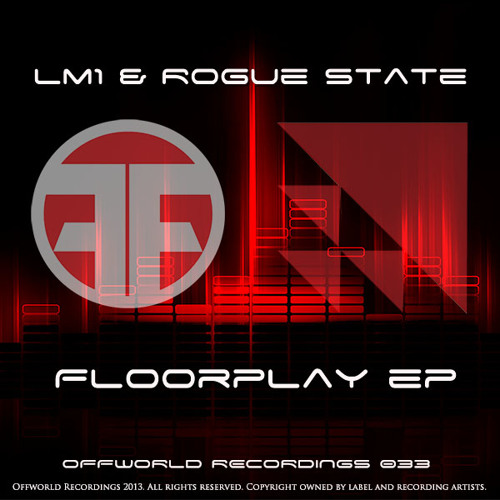 Offworld head honcho LM1 and Translation boss Rogue State have teamed up for the latest EP on the former’s Edinburgh based label and the result is three finely crafted tracks of dancefloor friendly yet deep and interested D&B.

Floorplay combines a hypnotic techno-infused melody with top-notch percussion and a driving rhythm, while Salvation takes things darker with tough amens and some evil sounding samples that recall 2004 era techstep. True Face rounds off the release with a dark brooding, roller, once again imbued with some really detailed drum programming. Check out the beats below and grab yourself a copy now from any good digital outlet! 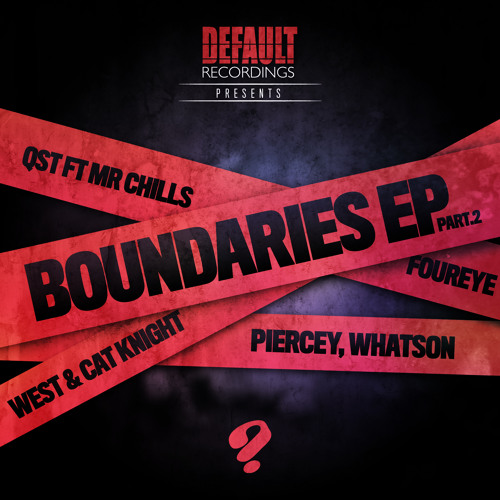 Milton Keynes label Default Recordings return with part two of their Boundaries EP featuring a selection of tracks from the label family. Highlights include QST’s lush, deep roller Wonderland, and Foureye’s upbeat and detailed Lost For Words. Fans of the jazzier side of D&B will also find some tasty liquid from West & Cat Knight. Check out the clips below and watch out for the release dropping at all good digital stores from March 3rd.

With so many great free tunes kicking about this month we thought we’d round up a few of our favourites here at the Dojo. So in no particular order…

Evol Intent continue their epic series of Throwback Thursday free giveaways with a fan favourite, never released dubplate from way back in 2002! The Ladies has achieved some fame over the years via Soulseek/Youtube and is now finally available to download in newly remastered glory. Girly vocals and tough amens have never sounded so good.

CIA Records pre-empt their big plans for 2014 with a free tasty in the form of Total Science, S.P.Y & System’s Sleight of Hand, a tasty roller with all the polish you’d expect from this sort of collab. Check it out below and give the CIA Facebook a like to download.

Finally Quantax and Facing Jinx have teamed up to give us the latter’s remix of the former’s Untold. Stripped back riddims, grimey bass and soft, soulful pads come together nicely on this one. 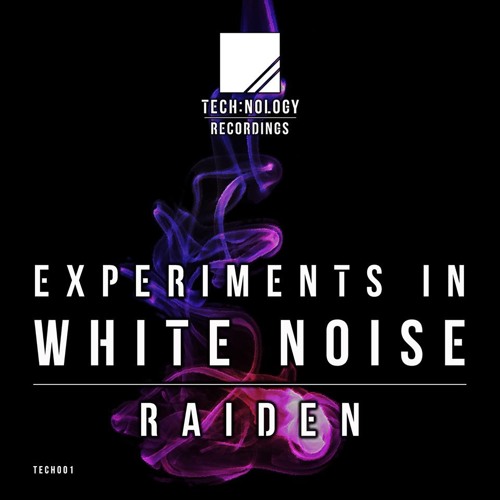 After nine strong years organising D&B events in the capital Tech:nology are branching out and starting a record label, and for their first release they’ve secured an EP from Raiden, who returns to the scene following something of an absence while he concentrated on techno production under his Kamikaze Space Program alias.

The EP sees Raiden blending elements of techno, hard drum & bass and industrial noise to great effect, and while all four tracks are a treat, the harsh noise and clattering amens of 657 are the pick of the bunch to my ears. Check out the clips below and watch out for the EP dropping from March15th. 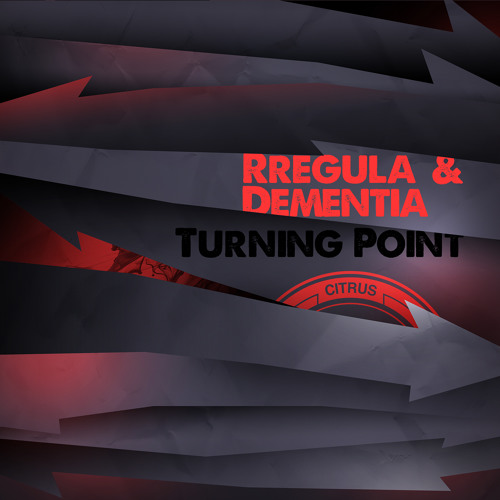 Long running dutch neurofunk imprint Citrus Recordings is gearing up for another LP release from Australian/German production duo Rregula & Dementia and true to form for both the label and the artists it’s packed full of futuristic neurofunk of the highest grade.

Vinyl buyers are treated to a pair of 12″ releases; the first plate sees Disphonia joining the studio fray for a dancefloor banger on Doom Loop while MC Kryptomedic provides vocals for a tough stepper on the flip. The second plate sees the big guns of the scene drawing up as we’re treated to remixes from Mefjus and Optiv & BTK, neither of which disappoint.

Watch out for the vinyl releases dropping on March 10th and 24th, with the full album following on CD and digital on March 31st. 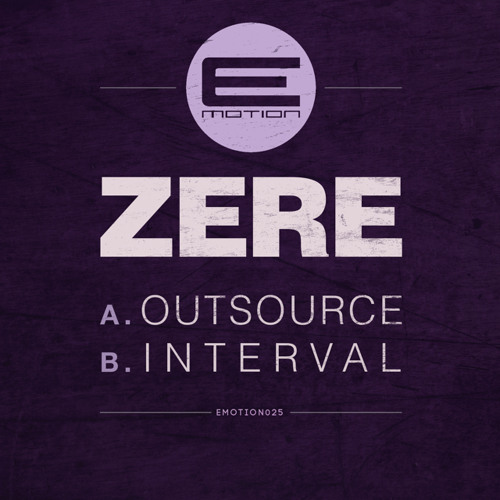 US producer Zere steps up for the latest single from E-Motion. Outsource explores rolling liquid territory to nice effect, but for me the true star here is on the flip. Interval combines simple yet weighty sub with a tough edged break to give a brooding, dark roller embellished with some nice samples echoed over the mix. with support from the likes of Cern and Doc Scott this man should be one to watch over the coming years! Check out the clips below and watch out for the release dropping from Feb 24th. 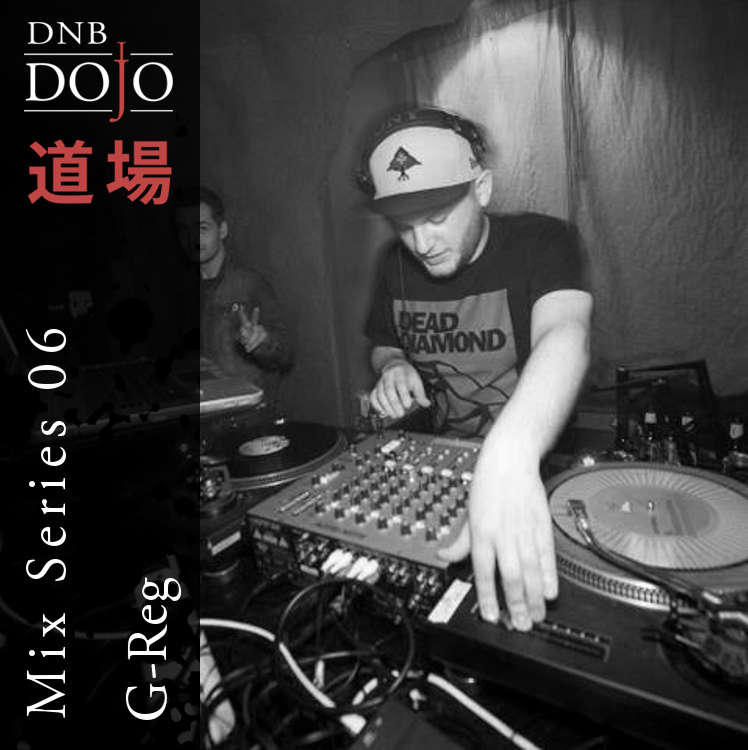 The 6th in our exclusive mix series comes from Aberdeen DJ G-reg. A resident at the city’s long running Jungle Nation club night, G-reg has established a reputation as a lightning fast selector with a massive arsenal of tunes, as this mix amply proves! Segueing effortlessly between Techstep, Neurofunk, Liquid and Deep styles, this mix is truly a treat. Stream via Mixcloud below or grab yourself a download from MediaFire.

If you wanna find out more about G-reg you can find him at Soundcloud or Facebook and those in Aberdeen can catch him supporting Total Science at Jungle Nation on March 1st!