LSB and DRS should certainly need no introduction; the former one of the finest liquid producers of a generation, a rare pretender to Calibre & Marcus’s throne, while the latter is undoubtedly one of the best and most versatile lyricists in D&B. A handful of previous collaborations have proved their chemistry, not least the anthemic The View from DRS’s Mid Mic Crisis LP. So an LSB & DRS album should be something special, right?

Right indeed. The Blue Hour is an undeniable joy, a melding of minds and a proper musical journey. For one thing it’s almost equal parts soulful D&B rollers and equally soulful hip-hop beats; the yin and yang of an MC’s twin musical expressions filtered through the lens of the producer’s unique style.

Whether riffing on laid-back downtempo cuts like I’m Changing and Umbrellas, or bearing his soul on emotional rollers like Faded or Like It Used To, DRS is on fine form, and his thoughtful poetry finds a perfect match in the fluttering, delicate, jazz-infused beats found across the record. Mellow and melancholy but always with an uplifting edge, this is pure, honest and moving music…just as it should be.

The Blue Hour is out now via LSB’s Footnotes imprint; check out the tracks below and hit up your favourite store to grab a copy right now. 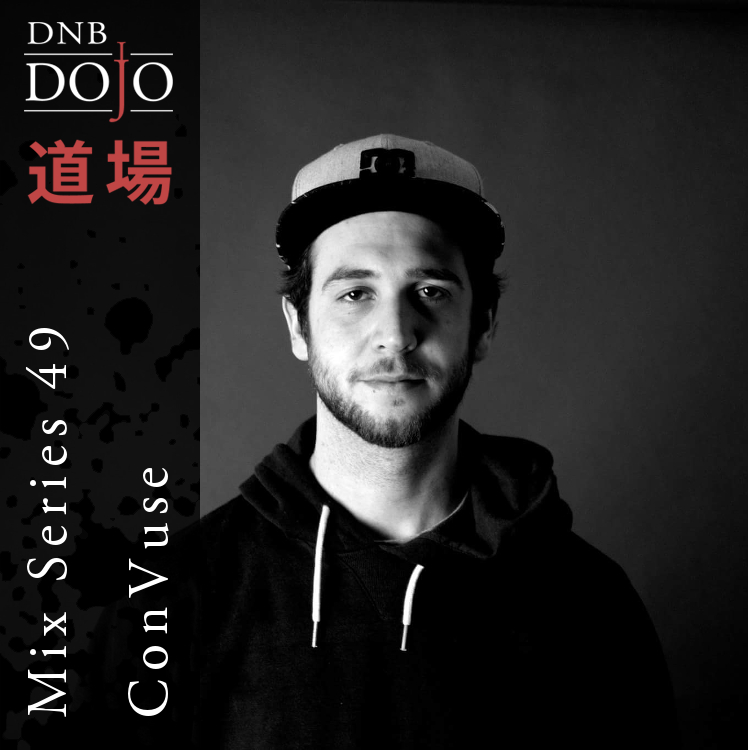 Austrian DJ ConVuse steps up to the Dojo decks for our latest exclusive mix! As co-founder of the Sound In Motion promotion crew, ConVuse has been bringing the vibes to the scene around Gmunden/Vöcklabruck/Salzkammergut since 2010, booking the likes of Phace, Mefjus and Octane & DLR and throwing some of the country’s best parties.

For his Dojo mix Stefan has dug deep with a selection of rolling beats spanning tech and liquid styles with tracks from the likes of LSB, S.P.Y, Phentix and Spectrasoul. Classic D&B vibes! You can check out the mix via Soundcloud below or head to Youtube or iTunes to stream. You can also grab a download from Google Drive.

END_OF_DOCUMENT_TOKEN_TO_BE_REPLACED 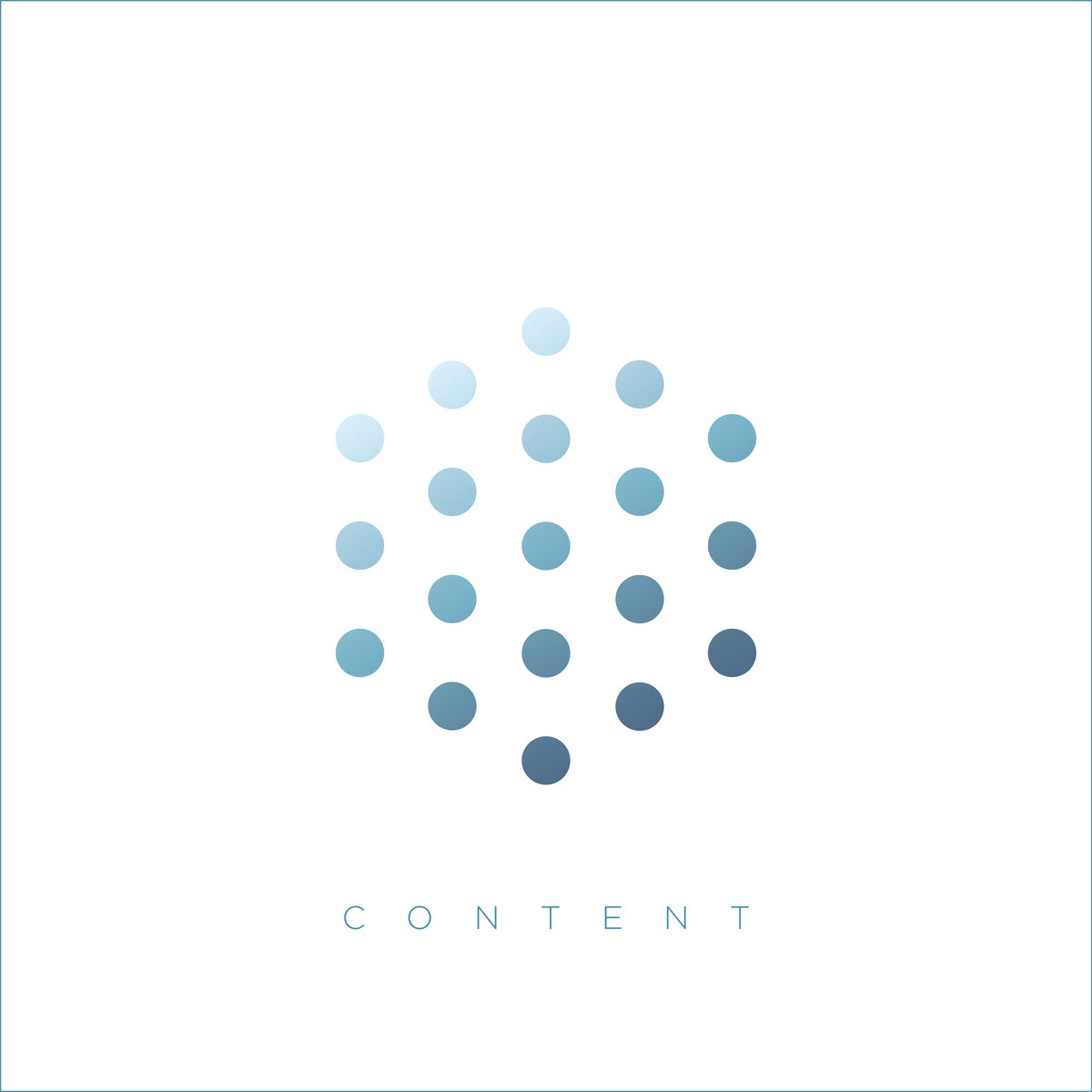 If you’ve been keeping your eyes and ears on the liquid D&B scene in the last few years, you could scarcely have missed LSB. Coming from humble beginnings as a promoter and DJ, Luke got his first breaks via solid releases on the likes of Bingo, Demand, Integral and Spearhead before catching the attention of Soul:R chief Marcus Intalex. Since then he’s been responsible for DRS smash The View and a host of other solid tracks for some of the biggest labels in the scene.

So with his place in D&B cemented, clearly the time felt right for a full length outing, bringing us to this month’s release of the long tipped Content LP. From the unusually detailed and personal (and un-hyperbolic for that matter) press release accompanying the album, it’s clear that Luke has striven not just to write a collection of beats and strap them together as an album, but to come up with a coherent body of music that has some shared meaning. That vision really shines through, and fans of the producer’s previous work will definitely find plenty to enjoy here.

Content is packed full of deceptively simple but ultimately really evocative pieces of music, and some surprising choices compared to the stock “deep roller” sound that LSB has made his name on. From the profound and moving downbeat hip-hop of Sense vox’d Pandora through the moody jazz influences of Circle and into the hypnotic progression of Sketches For My Sweetheart there’s a real sense of a producer pushing his own creative envelope, with rich and varied rewards.

Even on the album’s more predictable outings there’s little to fault; The View gets a fantastic follow up as DRS and Tyler Daley return for the equally sublime Missing You, and tracks like The Optimist and Capture My Heart prove that LSB has in no way lost his touch for penning solid vibesy rollers.

Sadly the album comes against the backdrop of Luke suffering from a degenerative eye disease which has already severely impaired his vision and threatens to eventually leave him completely blind. That experience has surely informed the melancholy beauty present on Content, from the understated eye-test influenced artwork to the tracks themselves, and possibly proves some of the old adages about suffering for one’s art; here’s hoping Luke’s talents aren’t robbed from the scene by further issues with his sight. Content is out now on vinyl, CD and digital from the Soul:R store. 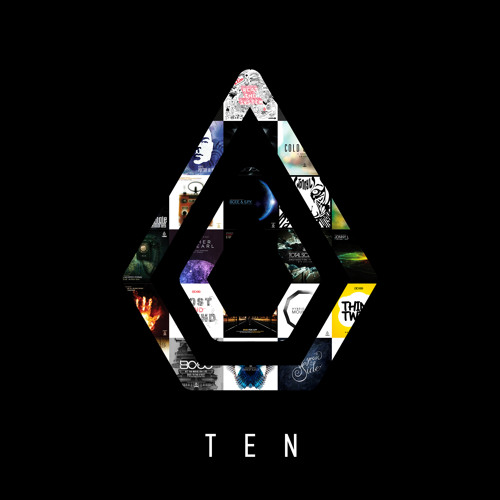 BCee’s Spearhead imprint celebrate a decade in the game with a massive new compilation celebrating new sounds alongside the best in the back catalogue. Disc 2’s Future Sounds include a lush, summery VIP of Technicolour’s Centrifuge, top liquid rollers from Villem & McLeod and LSB and plenty more besides. Without bothering to describe every track, suffice to say they’re all well worth a listen.

As if that wasn’t enough, Disc 1 features 12 of the best from the back catalogue remastered specially for this release. Legendary tracks such as Netsky’s I Refuse, BCee & S.P.Y’s Is There Anybody Out There? and Redeyes’ Luv & Haight are among a tremendous selection of the label’s best and brightest rollers. Personally I don’t understand why Captured In Time wasn’t in there, but everyone must have their own personal favourites that didn’t make the cut.

Ridiculously enough you can cop this tremendous selection on double vinyl and CD for the incredibly reasonable price of £20 from the Spearhead Store, or you can pick up the 3CD set (including a mix from BCee) alone for a tenner. If you’re into your liquid this is the steal of the century – go grab a copy while you still can!

END_OF_DOCUMENT_TOKEN_TO_BE_REPLACED Living up to the promise of early releases is no mean feat for any artist in any scene. For D&B, it’s not so much the “difficult second album” of rock and pop as the “difficult first album following several great EPs or singles”. The album format may have become more popular in recent years, especially for purveyors of the deeper side of the music, but that makes it no less difficult to do well, and many have released competent LPs which nonetheless either feel too filler-heavy or merely like a collection of singles rather than a coherent body of work.

Thankfully, Tokyo Prose’s debut suffers neither of these criticisms. The quality and depth of the production is breathtaking, and the tracks flow effortlessly together through commonality of tone and spirit. Make no mistake though, there’s more than enough detail and variation to hold your interest across the LPs 13 tracks.

Picking favourites is a difficult exercise as with all top quality LPs, especially with the likes of Lenzman, Synkro and LSB popping in for collaborations. The soft strings of Covet, the effortless downtempo of 16 Bar Cycles and the uplifting piano and reverb drenched vocals of Small Gains all stand out, but this is an album where different tunes are likely to speak to different listeners. One thing is for sure; from the opening  chimes to the beautiful, beatless outro of Dance With You, every new track is a treat and a pleasure. Check out the clips below and grab yourself a copy on vinyl or CD from the Samurai Store. 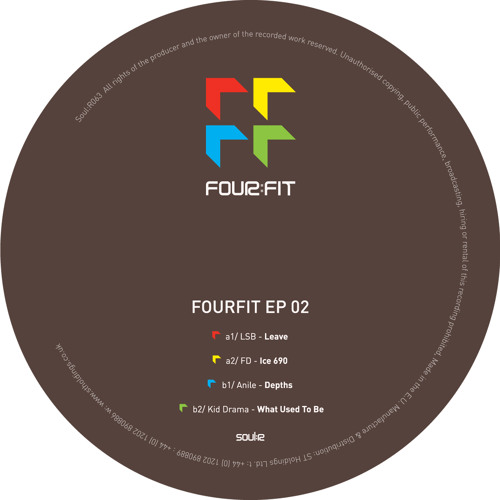 Soul:R present the second in their Fourfit EP series with a diverse selection from some of the best names in the scene. LSB opens up the release with a shimmering deep liquid roller replete with beautiful strings, flourishes of piano and a crisp, rolling break. Silky smooth business.

Next up FD switches thing up with a grimey tech roller that ticks all the right dancefloor boxes. Anile raids the classic breaks and turns up the atmosphere for the appropriately titled Depths, and Kid Drama rounds things off by tapping into that serene Autonomic melancholia for a great slice of leftfield 170BPM action.

Check out the beats below and look for this one on vinyl and digital from June 23rd.