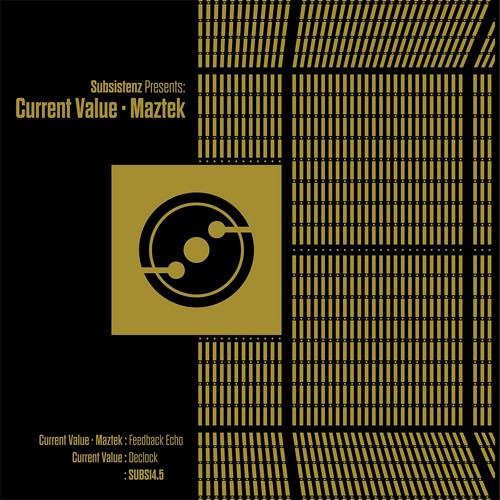 When names as big as Current Value & Maztek join forces for the first time you know the results will be special! Their collaborative efforts just dropped on Subsistenz in the form of the fearsome sounds of Feedback Echo, and it’s every bit as gnarly as you’d expect. Keeping the beats fairly sparse to give the throbbing, morphing bassline room, this one should induce more than a few bassfaces on the dancefloor. Danger! Check out the clip below and hit up Beatport to grab it right now. 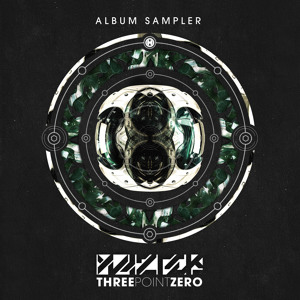 Maztek brings his inimitable neurofunk stylings to Renegade Hardware once again and this time we’re being treated to a full length LP featuring some tasty dancefloor workouts. Fans of Maztek’s style won’t be disappointed, with plenty of gnarly dancefloor workouts like Sprocket,  BTK collab Wraith and the appropriately titled Stompin’ nestled in amongst the tracklist.

For me the highlights came on the impeccable sound design of Tokiwa, the mangled, slouching half-time rhythms of Disprove collab Bad Body and the relentless, rolling beats of Three Point Zero, but the whole LP is well worth your attention; crisp beats and sonic detail are the order of the day here without a doubt. The sampler drops tomorrow so check out the clips of that below, and keep your ear to the ground for clips of the full album before its release on December 15th. 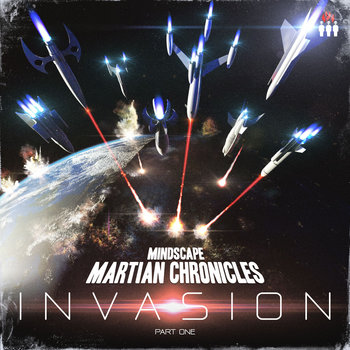 Commercial Suicide have brought together the great and the good of the neurofunk scene to remix tracks from Mindscape’s Martin Chronicles LP. To celebrate the release of part 1 (and the impending release of part 2), we asked Mindscape to pick out his 5 favourite D&B remixes. Read on for his choices!

END_OF_DOCUMENT_TOKEN_TO_BE_REPLACED 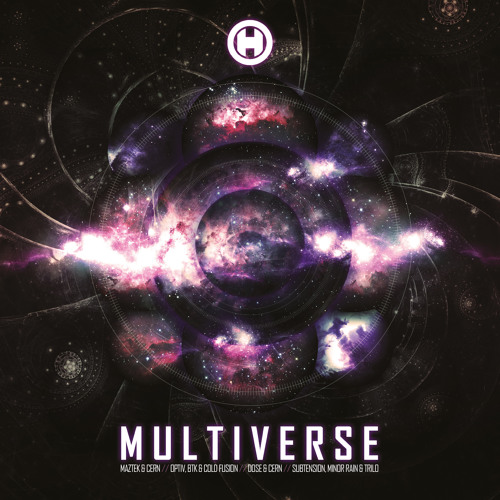 Hardware continue their unstoppable onslaught of neurofunk batterers with a fresh new EP of collabs from some of the biggest names on their roster. Maztek & Cern team up for the titular Multiverse, dropping big beats and a disgusting, squelchy set of bassline modulations. Next up regular duo Optiv & BTK get together with Cold Fusion on a techstep roller that harnesses the spirit of 90s sci-fi influenced D&B to great effect.

The pick of the bunch for me comes on Dose & Cern’s irresistible One At A Time – rolling breaks, tight atmospheres and a memorable vocal snippet combine for a lethal dose of dancefloor tech with some tasty drum edits for added flavour. Finally the label’s upstarts get together to close out the EP with a solid slice of glitched up neurofunk from Subtension, Trilo & Minor Rain. Check out the clips below and grab this on vinyl and digital from June 9th.

As an added bonus, Subtension has recorded a cheeky studio mix to promote the release and it’s packed full of fresh dubs from the man himself alongside tracks from the EP and cuts from the wider world of D&B, all with a rolling techy vibe. Check it out!

With so many artists celebrating a great 2013 with free giveaways, we thought it only wise to round up the selection of tasty freebies currently available!

Firstly Xtrah has been kind enough to give us the VIP of Soundclash, a masterclass in minimalism and drum edits. To grab this, head to his Facebook page.

Also from the Critical stable comes a cheeky VIP from Emperor who gives us the dubplate special of Monolith. Significantly wonkier bassline business than the original on show here, and again available for a wee like on Emperor’s Facebook page.

State of Mind celebrate the impending release of their new album on BSE’s Blackout imprint with a free download of their BSE Collab Unconscious. As we’ve come to expect from both parties this is a stomping neurofunk belter imbued with faintly trancey chords and plenty of energy. Head over to the SOM Facebook page for your copy.

The ever unpredictable Dawn Day Night steps up with a freebie of his own in the form of A Christmas Carol…droney zombified slow-dance anyone?

Maztek & NPhonix have also gotten in on the act with a tidy slice of scuzzy neuro business, available for download either via Facebook or email – check out Maztek’s website for details.

Finally S.P.Y gifts us the VIP of the legendary By Your Side, still as majestic as the original but with a few subtle extra touches. Blissfull liquid roller territory. Grab yourself a download from S.P.Y’s website. 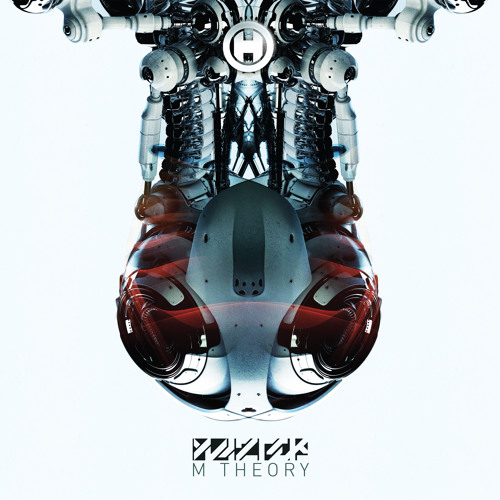 Maztek returns to Renegade Hardware with another storming EP packed with cuts that display an effortless technicality and dancefloor teeth in equal measure. Title track M-Theory fires in all guns blazing with some seriously aggressive mid-range synth-work accompanying chunky breaks and a nicely wonky lead. The attention to detail is definitely what makes this track, with every synth pulse, drum impact and glitchy sample perfectly placed in the mix.

Slinky sees the Italian producer take things down a notch, amping up the atmosphere and concentrating on gritty bass and intricate percussion on a tune that oozes funk and swagger. Crank It Up sees familiar partner in crime Nuclear MC rolling in to provide vocals on a trademark dirty roller while closer iMaz delivers another glitchy, skittering mix of precise drums, warped bass and well judged breakdowns.

Check out the clips below and watch out for the EP dropping on vinyl and digital from December 2nd. 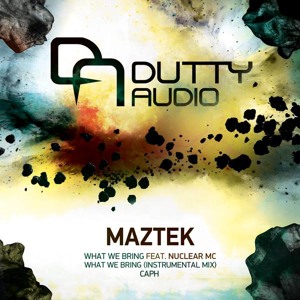 Maztek rolls in heavy with the latest release for BTK’s appropriately named Dutty Audio imprint. The monstrous What We Bring showcases the sound we’ve come to know and love from Maztek, with heavy hitting kicks and snares alongside a twisted bassline and some nice vocal work from Nuclear MC. High energy darkness all the way on this one!

Caph keeps things veritably runnin’ with another display of full-on, sumo-weight tech funk; clattering drum rolls punctuate the warping bass distortion nicely on this one. Watch out for these dropping on September 16th from all good outlets. 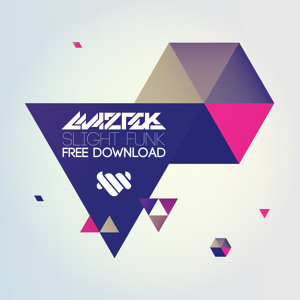 Italy’s very own neurofunk don Maztek gives us a nice little freebie in the form of Slight Funk, a tune that’s all about the glitchey, futuristic drums (which remind me of Spor’s classic Stoppit).  Slightly robotic sounding synthetic sounds pad out the main kicks and snares of the break to great effect, and the tune is reinforced nicely with a moving neuro bassline and simple yet lush pad work.

All you have to do to get a copy is go and like Maztek’s Facebook page. Check out the tune below and get liking!